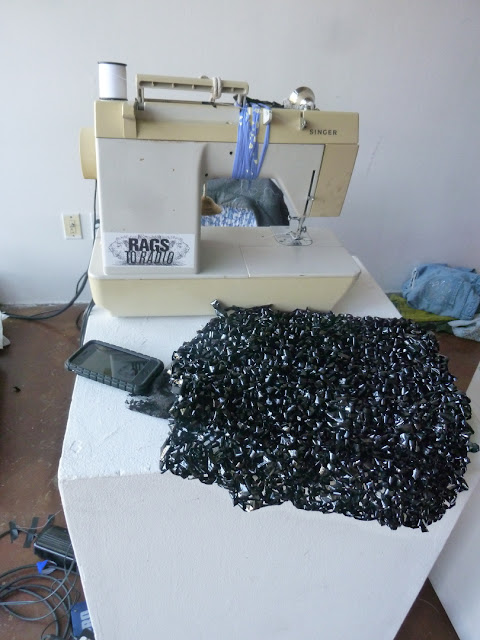 I had so much fun today at the grunt with artist Lisa Simpson who is visiting from Brazil. She is doing a performed piece in which she will upcycle the clothing you bring in. I brought in a few things that had been lingering in my drawers. They were too precious to ditch, but too holey for me to wear out in public. 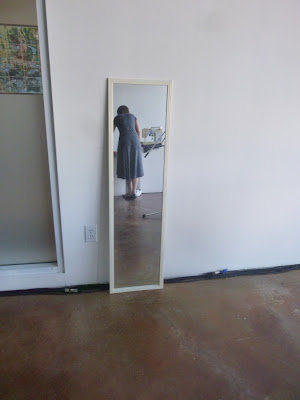 We were directed to bring in some music to play while Lisa sewed but I forgot my CD, so I sang a kind of improvised psychotherapy song. Lisa bought a used machine at Value Village which she hooked up to a microphone. She put bells on her scissors which also became amplified when she used them. 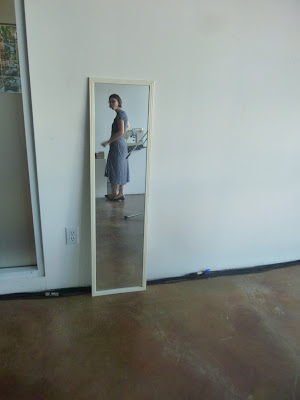 Simpson learned to sew at Home Ec class in school and has developed a natural talent for reworking clothing. I watched her tailor a woman's dress without measurements--she just did it by instinct. Anyone who sews will know this is amazing. 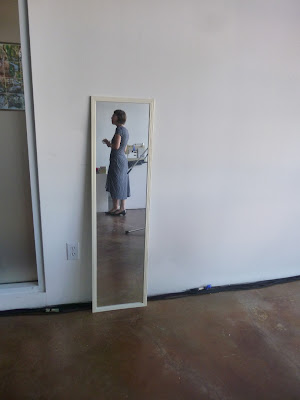 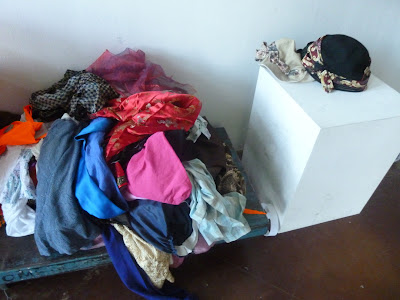 Here's a pile of clothes you can choose from to be reworked into a part of your clothing. 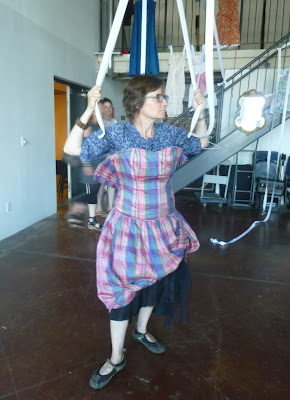 There are also dresses on elastic hanging from the ceiling you can wear. 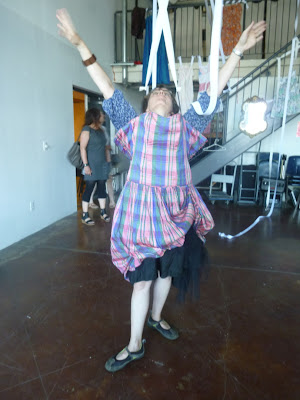 Et voila, Another fantastic event put on by the grunt!
Posted by Beespeaker at 8:39 PM