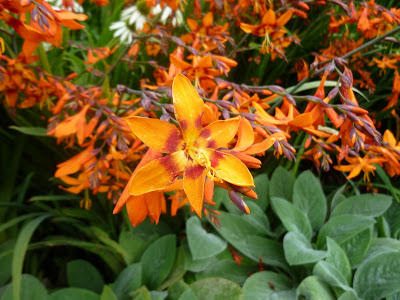 I set out to find hummingbirds at VanDusen Gardens and I found that this is one of the best times of the year to find them. The monardas are just past their prime, but the crocosmias are glorious right now. 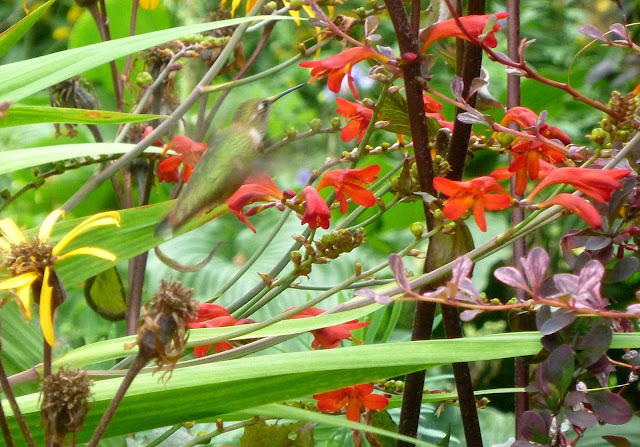 I'm aware of the differences between roufous and Anna's but I still find them hard to identify. I think this is a rufous because it struck me how tiny she was. The first thought I had when I saw her flight path was "Insect or bird?" The female hummers are also harder to spot because they are so quiet. This little one was proprietary about this particular patch of crocosmia. She did have a tussle with another hummer to defend her patch of paradise. 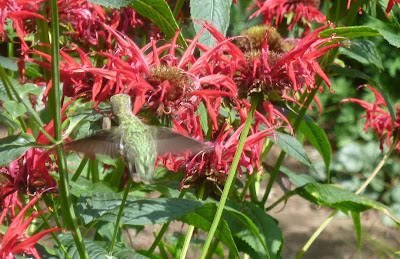 Later, I saw this hummer, which I think is an Anna's. I think at this time of the year it might be even more tricky to identify the species of hummingbird with some birds being adolescents. 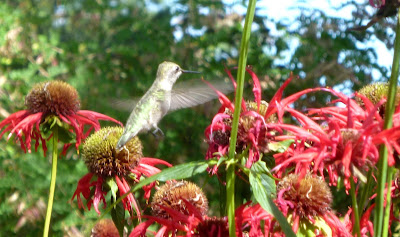 There are patches of monarda in different parts of the garden which attracts the large bumble bee queens as well as hummingbirds. 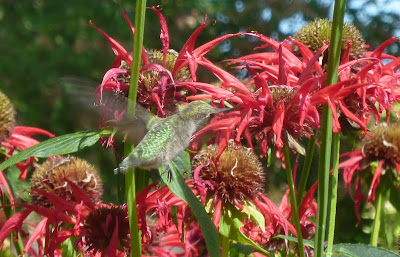 As I was waiting for the bus, I witnessed two people having an argument. The body language alerted me to their conflict. I overheard what the problem was: a mentally challenged adult was having words with his caregiver because she had touched his hand. He didn't like people touching him. "I touched your hand because you weren't listening to me," she said. She was frustrated, but not in a mean way. It struck me that sometimes fighting is just another form of communication. Hummingbirds often communicate by fighting.

I harass bees all the time and usually they don't bother me. I stick my camera in their space and snap away, trying to get closer and closer. Some bees are more shy and they usually fly to a place where I can't reach. Some bees aren't bothered at all.  Sometimes bumble bees will wave their leg up in the air as a warning, but I find that rarely happens to me. Bees will physically push each other to assert themselves. Usually the larger bee pushes the smaller bee out of their way so they can continue foraging. Sometimes when you get too close to a beehive or wasp nest they will give you a "Glesgae kiss" also known as a "Glasgow kiss" or a head butt. I disturbed a shy little wasp walking down my steps the other day and I watched her hide in the cracks, peeking out at me to wait until I left.


Hummingbirds are very alert to predators. The hummers at VanDusen are used to people being around all the time, but as soon as they hear a raven, they disappear into the shadows. I think they like to forage high, ie on climbing plants, as an instinct against predators like cats. 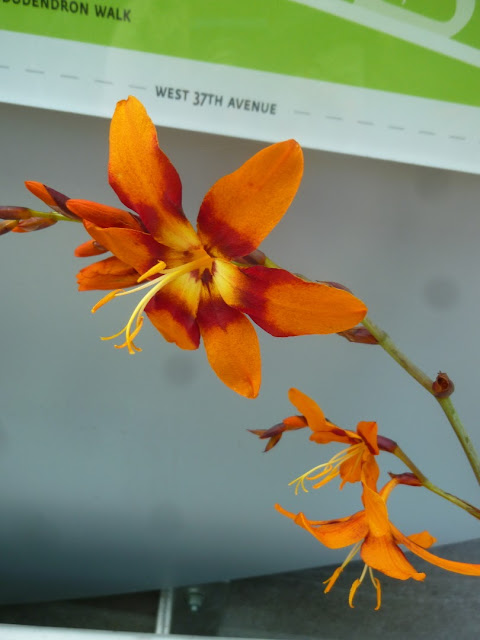 This variety of crocosmia is more towards the orange color, with these striking centres that probably function as nectar guides. 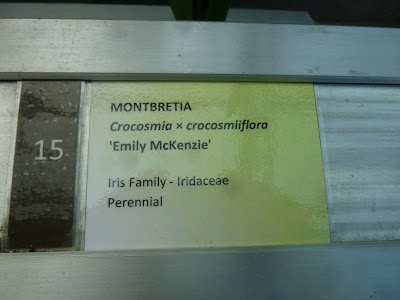 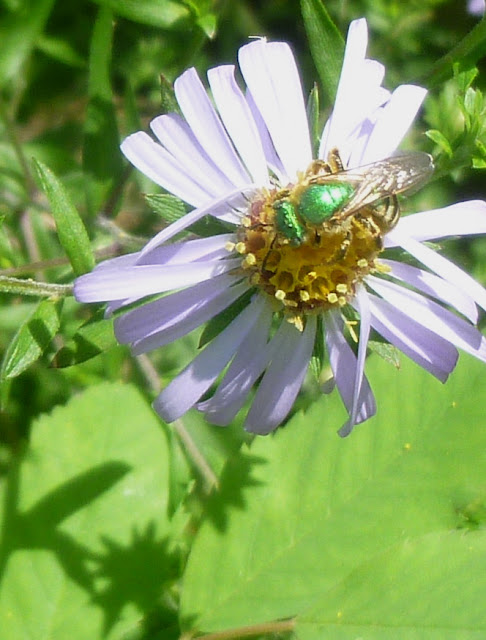 Just before I left the garden I spotted a beautiful sweat bee in these asters. This little patch of asters was attracting the largest variety of bees in the garden. In fact, since the plants are thirty per cent off in the garden shop, I bought four little pots of asters to take home. There are many types of asters in different heights, so it should be easy to find an aster that suits your garden. 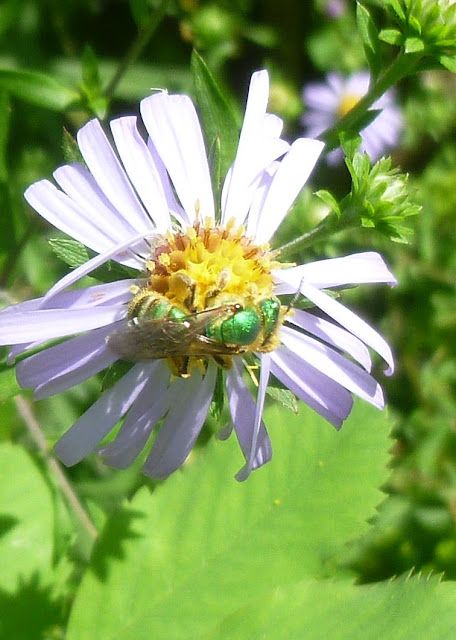 I went to Oak Meadows park and the garden around the Insect Hotel where a hummingbird was visiting the monarda. This late in the season the park could really do with some asters to feed the bees.
Posted by Beespeaker at 10:48 AM