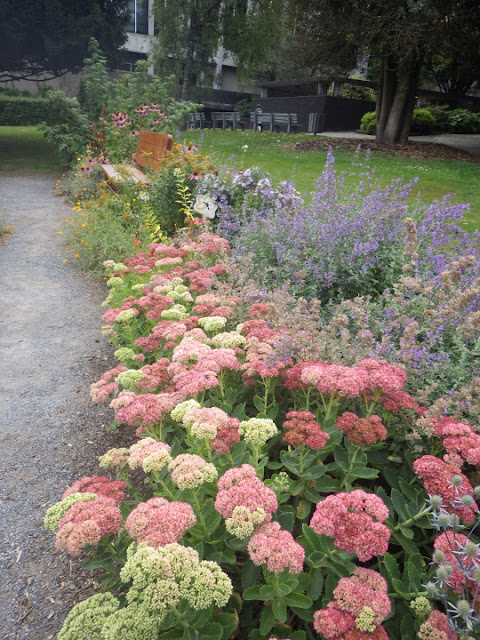 There's a new interest in my life, and that's using mushrooms as companions in gardens. So when my friend Eileen Kage offered a workshop on cultivating King Stropharia, I jumped at the chance to follow the fungi. But first, I had to visit the bees in the Community Garden at City Hall. 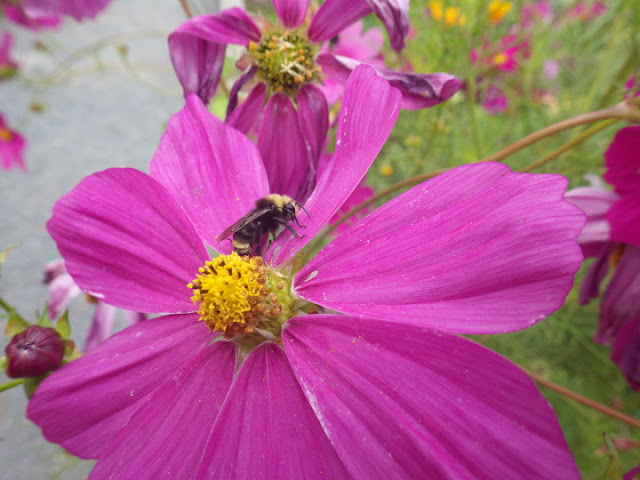 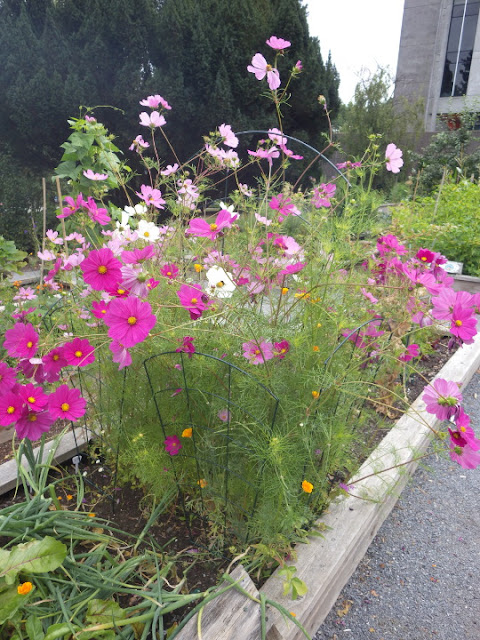 This is an elegant solution to containing the sprawl of cosmos. 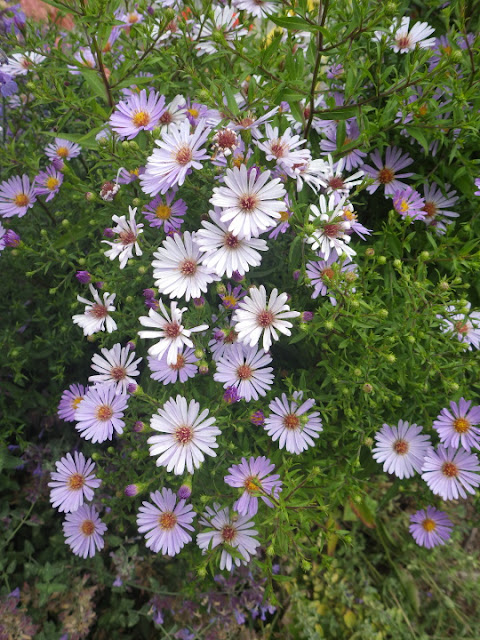 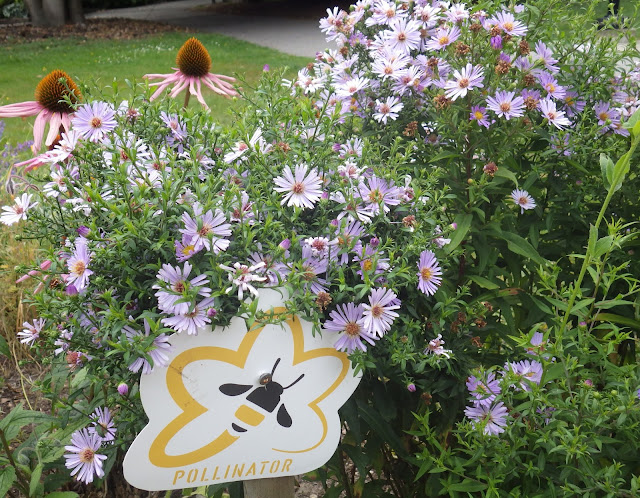 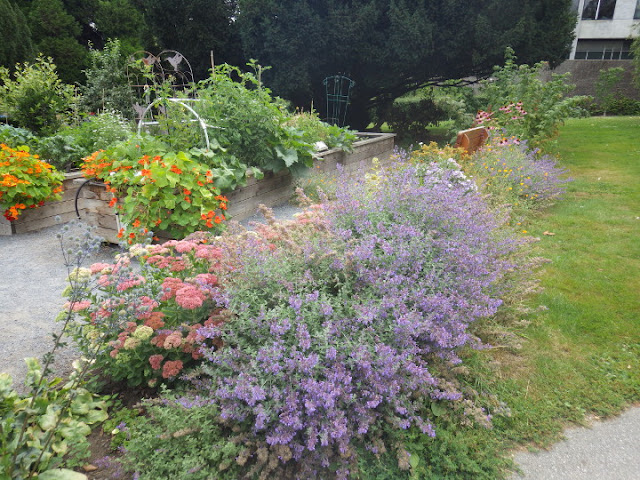 The catmint was a hot spot for bumblebees and honeybees. 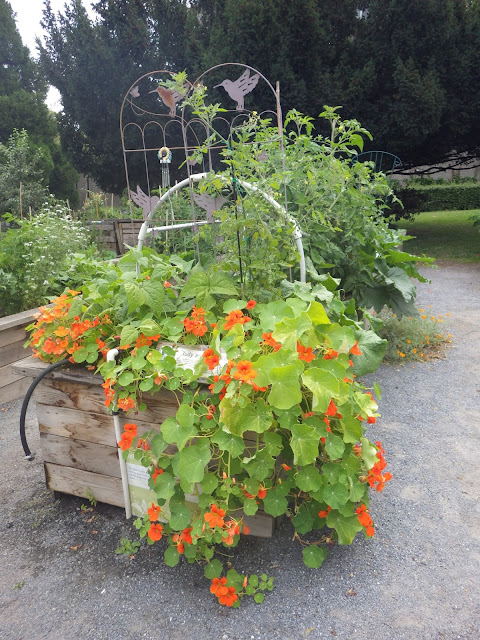 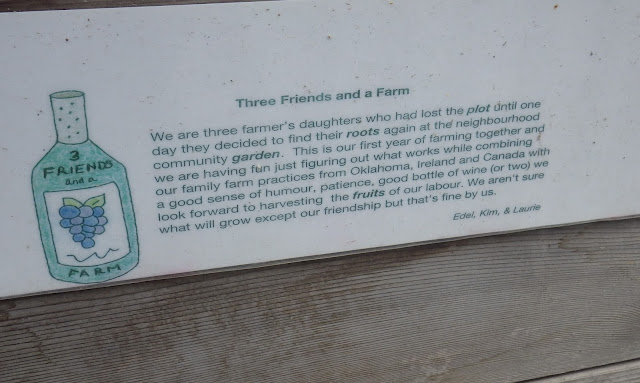 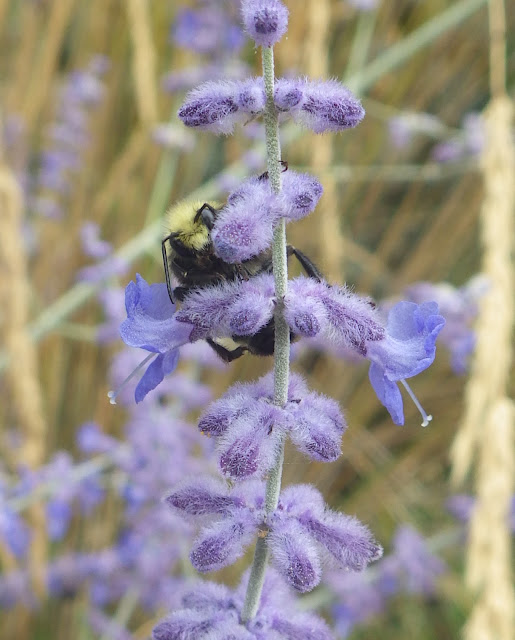 A Voznesensky bumblebee sleeping in on Petrovskia. 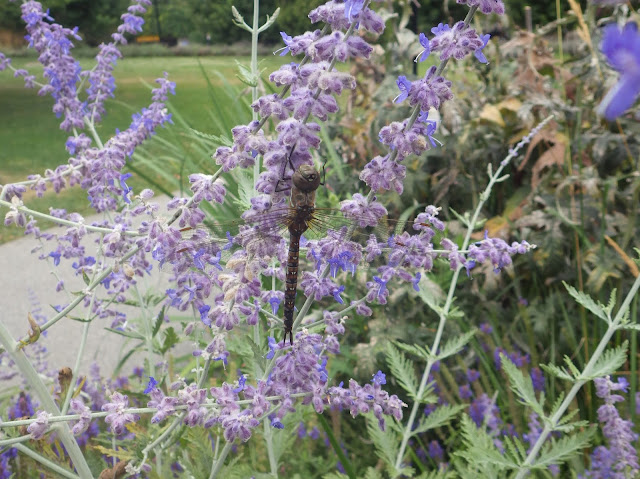 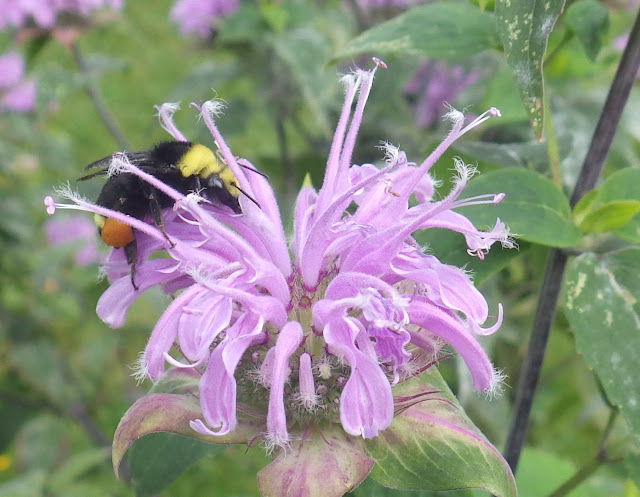 A huge wad of pollen, but not from this bee balm, which is obviously providing a long, tall drink of nectar here. This is a neon yellow variation of the species of bumblebee. 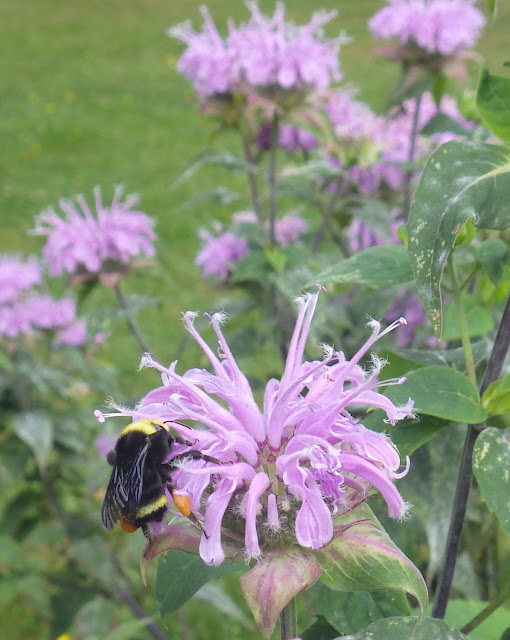 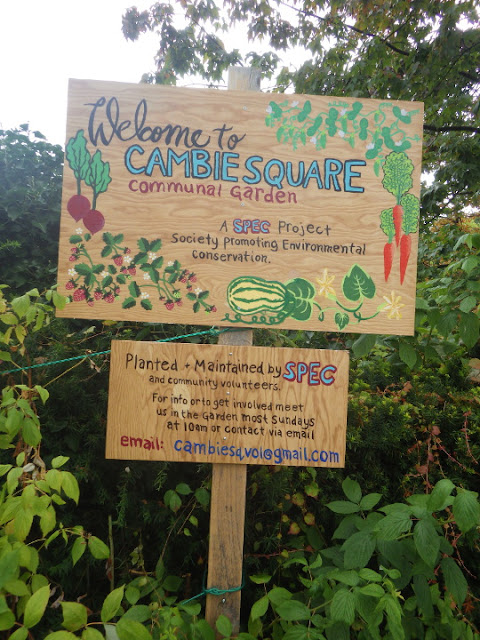 The workshop took place across the street at the Cambie Square Communal Garden, where there is a lot of signage for such a small group of plots. 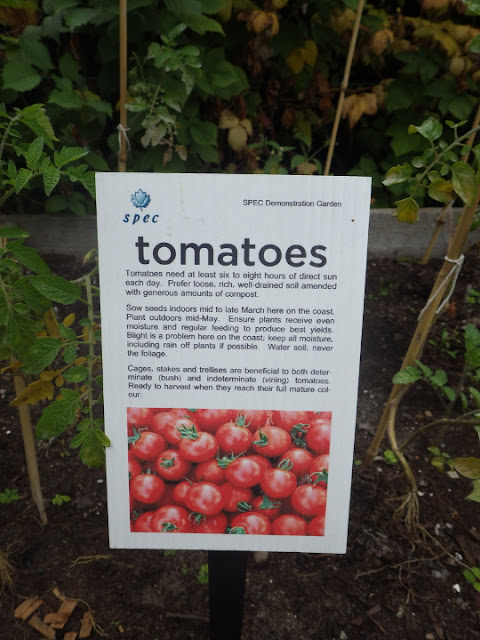 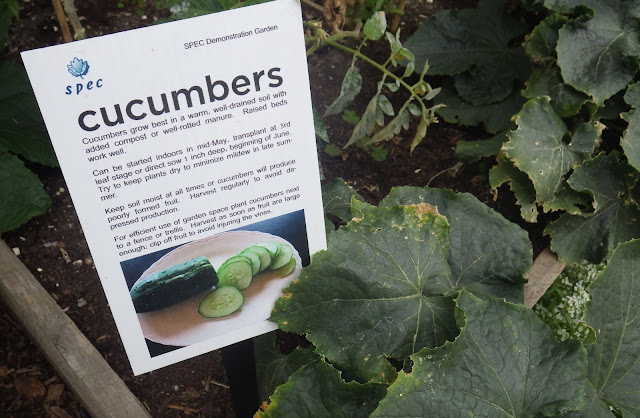 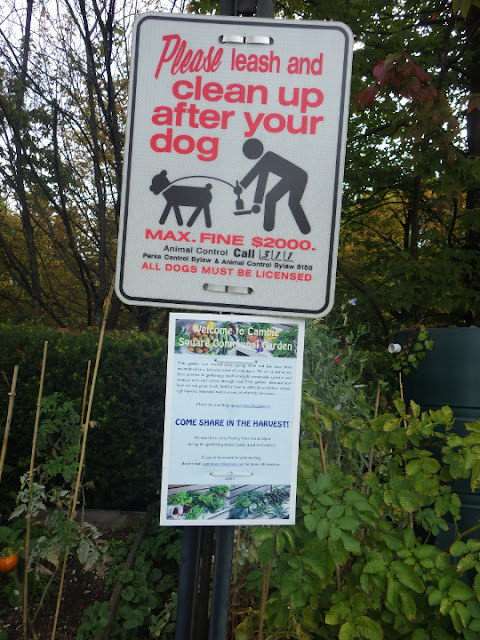 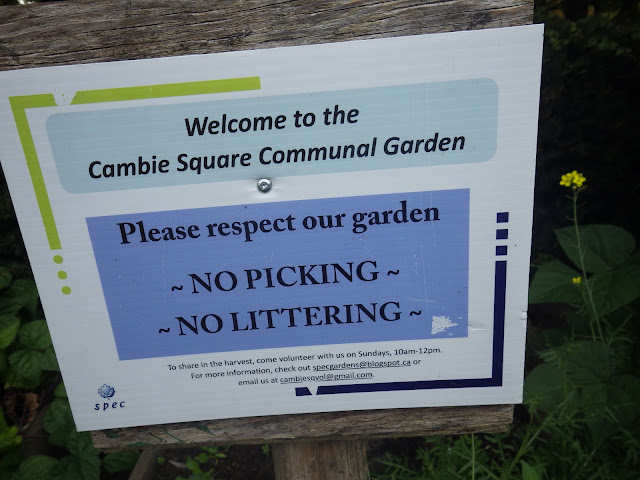 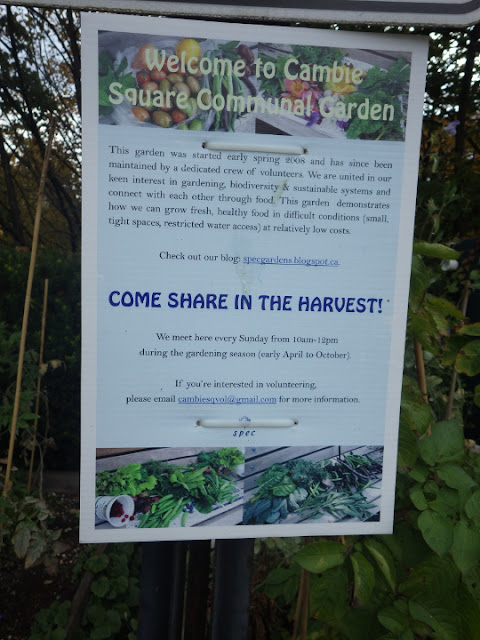 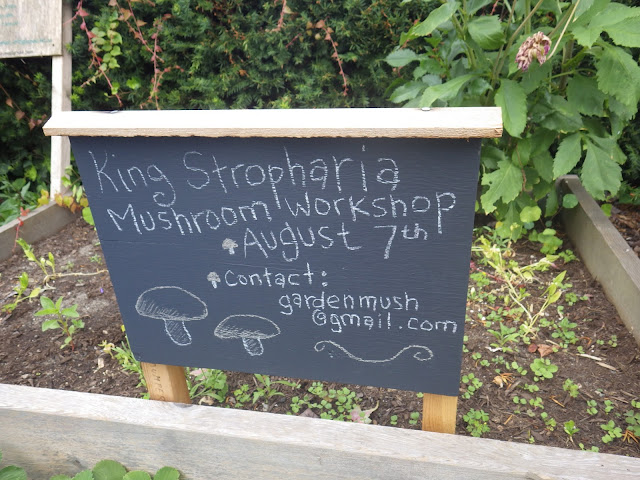 And finally, the sign that tells me I'm in the right place! 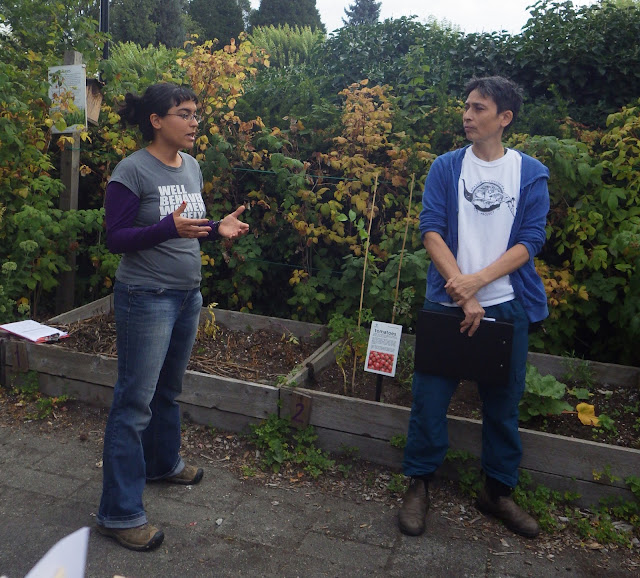 Nikoo and Eileen gave us an introduction to the function of fungi in gardens. 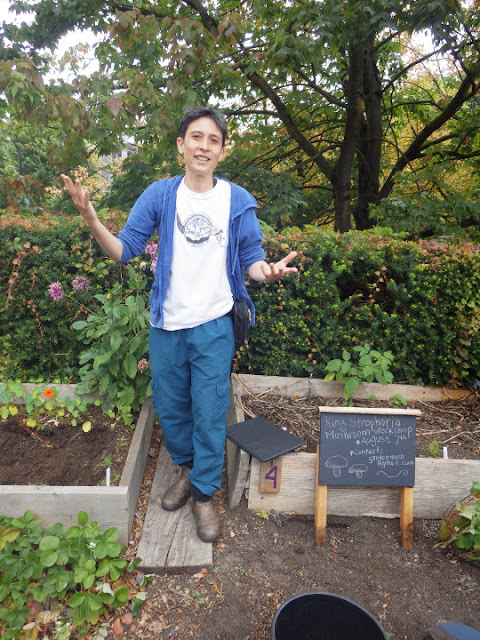 And Eileen waxed poetic on her fondness for King Stropharia, which has the added bonus that the mycelium appears to be collected by honeybees for some mysterious reason, perhaps medicinal. 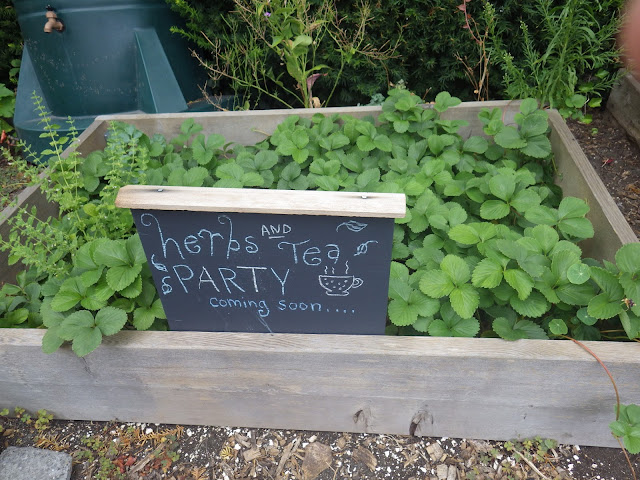 Mycelium also help some plants take up the minerals and nutrients from the soil. One would think this would also help the bees because healthier plants would produce optimum quality and quantity if nectar and pollen. 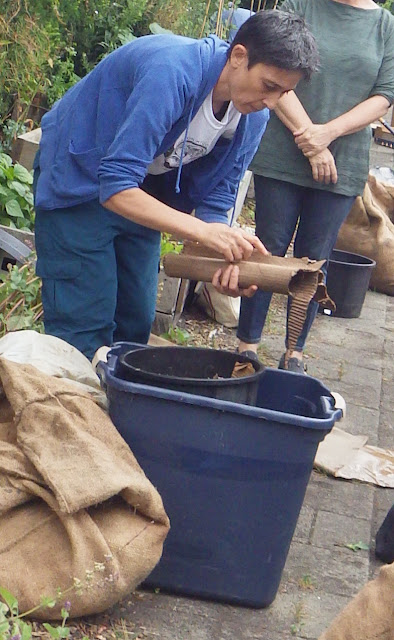 Then we went right into the demos: Eileen makes a spawn "burrito". 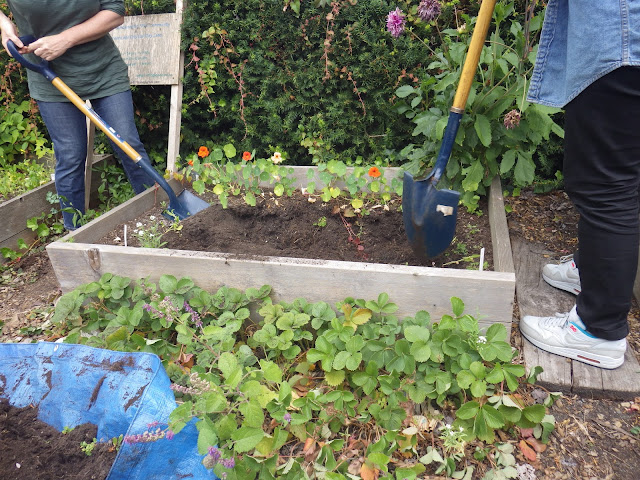 This is how you make a mycelium layer cake in your garden bed: dig out 6 inches of soil from the center of the bed, leaving an edge where the mushrooms will (hopefully) fruit. 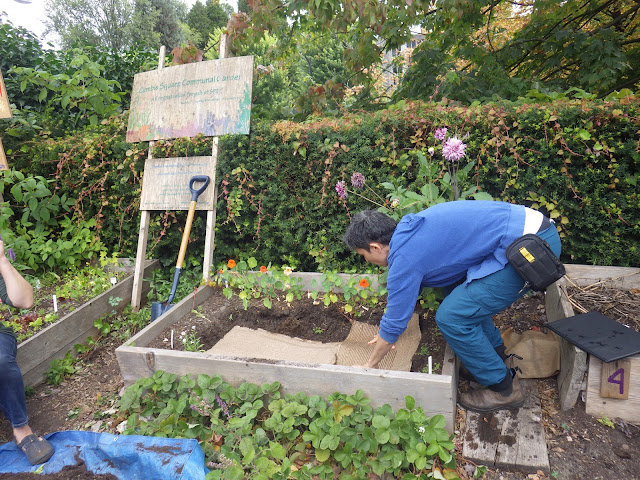 Soak plain cardboard in water and then peel the top layer of paper off, placing one layer on the bottom, corrugated side up. 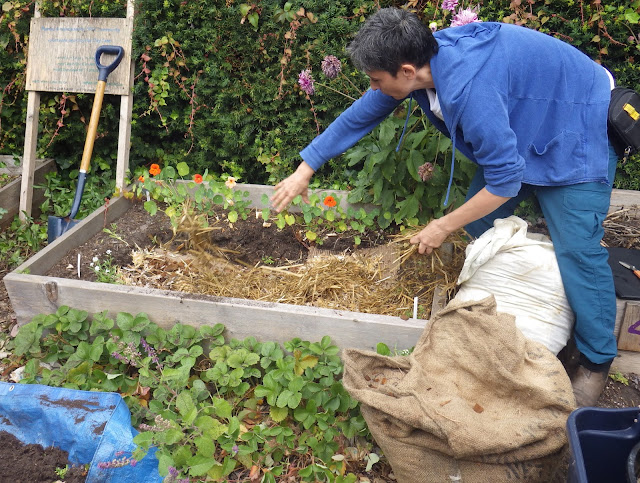 Put in a layer of spawn, then sterilized woodchips, then straw. Do the same process again and then top with a layer of the peeled cardboard, corrugated side down. Replace two inches of the soil. Keep moist until the fall rains come. By next May, you might get mushrooms. Eileen warned that mushroom cultivation is a fickle beast, but the mycelium will still work under the soil helping the plants take up nutrients. Some of the plants that benefit from King Stropharia include squash and raspberries. We each took a similarly layered bucket home to inoculate our own beds after we've watered and nurtured the layer cake for a month or more.

BTW, this awesome workshop was funded by a Neighborhood Small Grant. 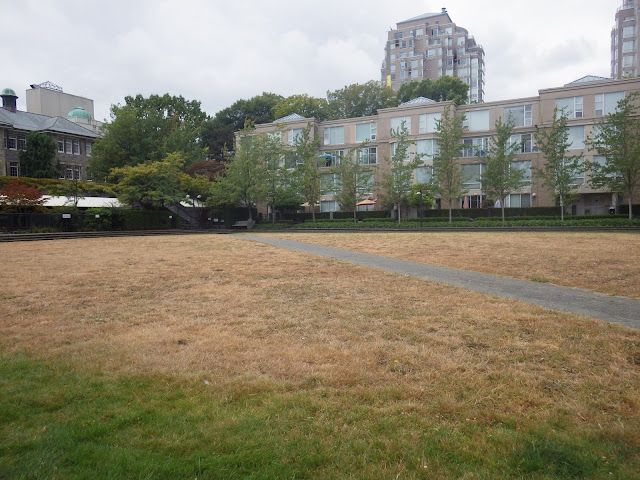 This is the view from the workshop. Isn't it ridiculous that this lawn in not replaced with thriving garden beds? We urban humans have our priorities so screwed up. 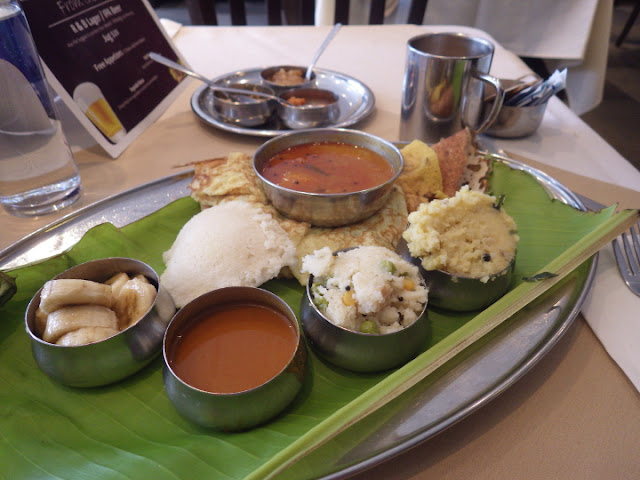 And then I celebrated by having sunch at Chutney Villa. No, not a typo, it really is sunch--delicious food from the cuisine of Southern India.