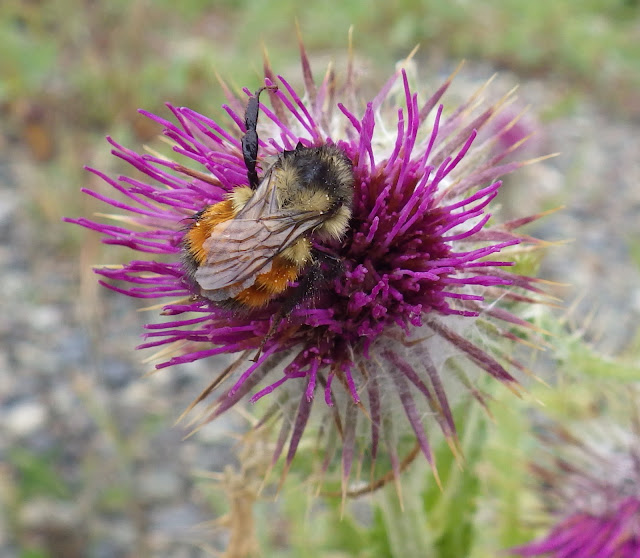 Here's a cold, dew-covered bee on the edge of the road in the upper parking lot at the Heather trail in Manning Park. The flower is edible thistle (Cirsium edule). Jasna Guy, my travelling companion, generously allowed me to post some of her photos alongside mine in this blog post. (They are all labelled.) We took turns searching bees on the trail, so I named us bee spotter one and bee spotter two. It was a good system--tag team style bee photography. Jasna received a macro lens recently as a gift, so this was a good place to try it out. 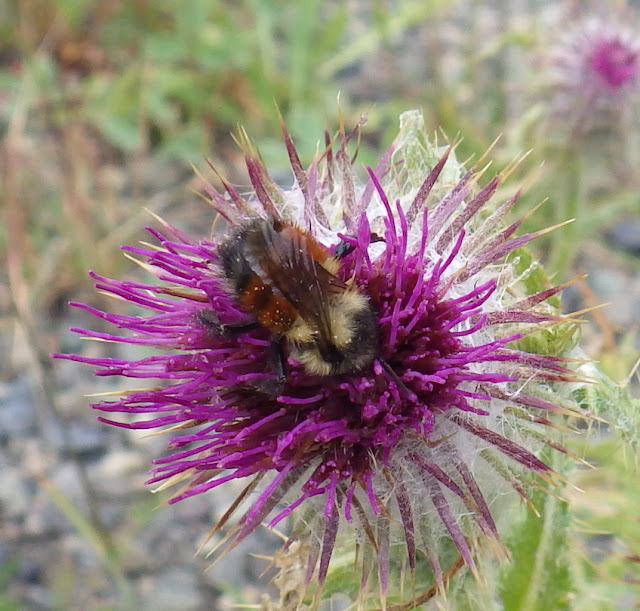 Jasna's photo shows more detail of the abdomen and the back legs, which are important to record to try to ID the bee. 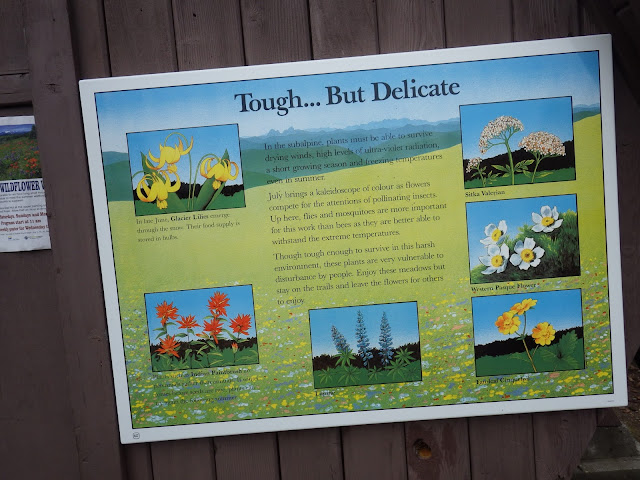 Although not all were in bloom, we saw every one of these wildflowers. 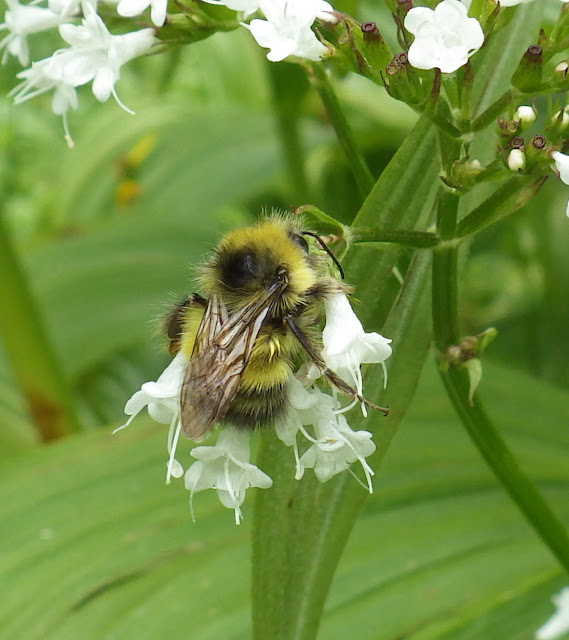 About a third of the bees we saw were very sleepy, like this one on Sitka Valerian. 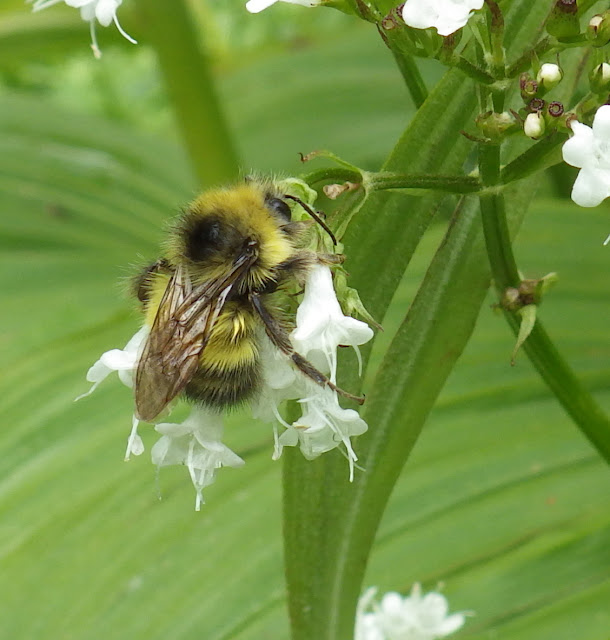 Once again, note the leg hairs in Jasna's photo. The color difference between her photos and mine are also interesting! My camera is pushing the yellow. 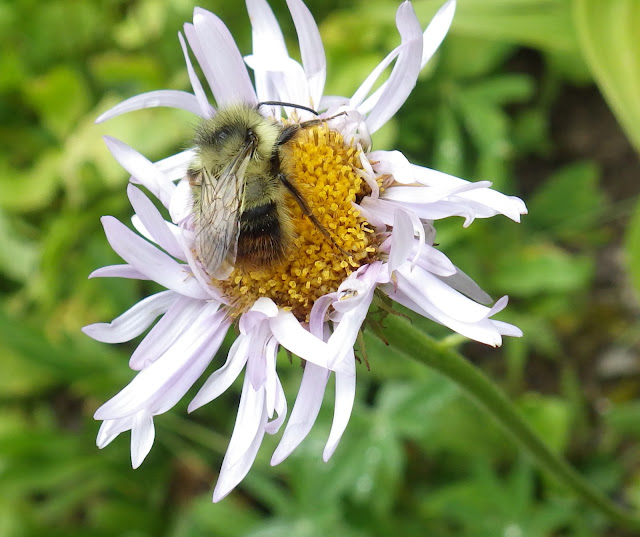 And this one on Douglas aster.


Once again, Jasna's lovely photo show the interesting detail of the yellow hairs on the sides of the abdomen. 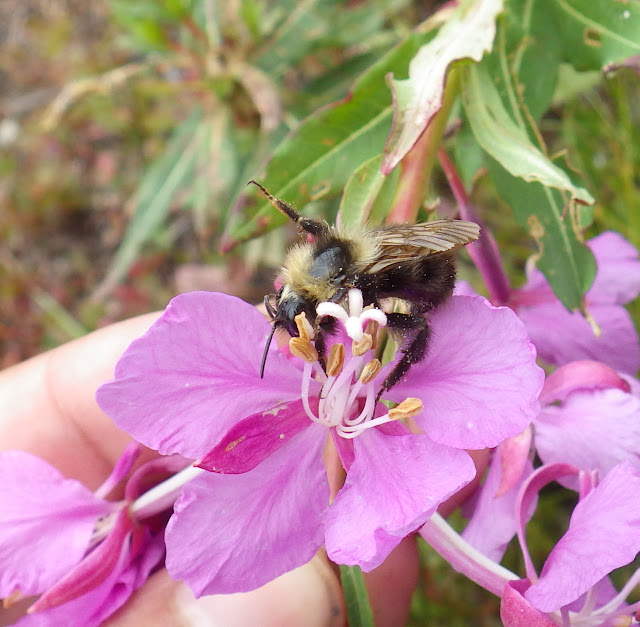 This little sweetie was there at the beginning of the hike and still here two hours later when we looped back.

Although at first glance it appeared the tip of the abdomen of this bee was black, you can see here in Jasna's photo that some of the blonde hairs have worn off and this bee is likely on its last legs. 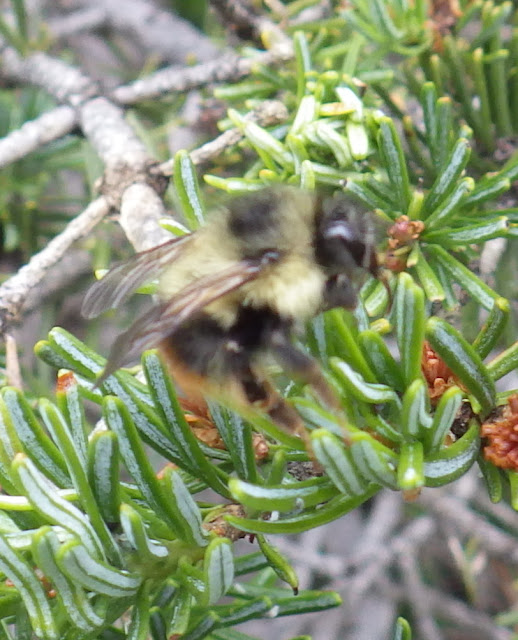 Now this was an odd behavior--bumblebees licking spruce needles. We saw this various times on our hike. 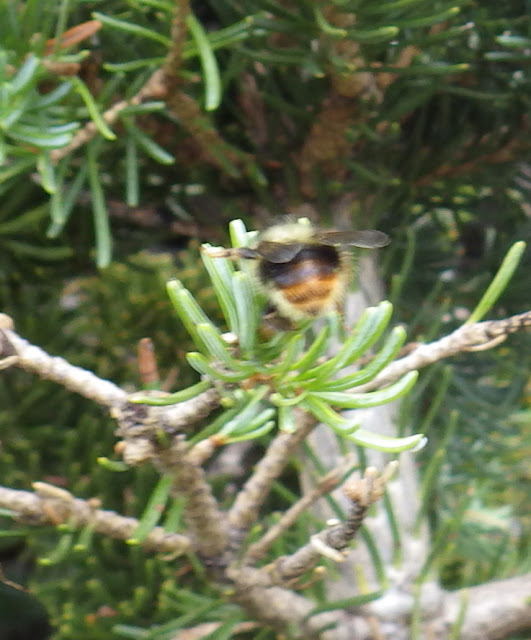 The nearby yellow jacket wasps were harassing these bees. I should have taken a closer look to see if there were any aphids or scale insects that may have been producing honeydew. 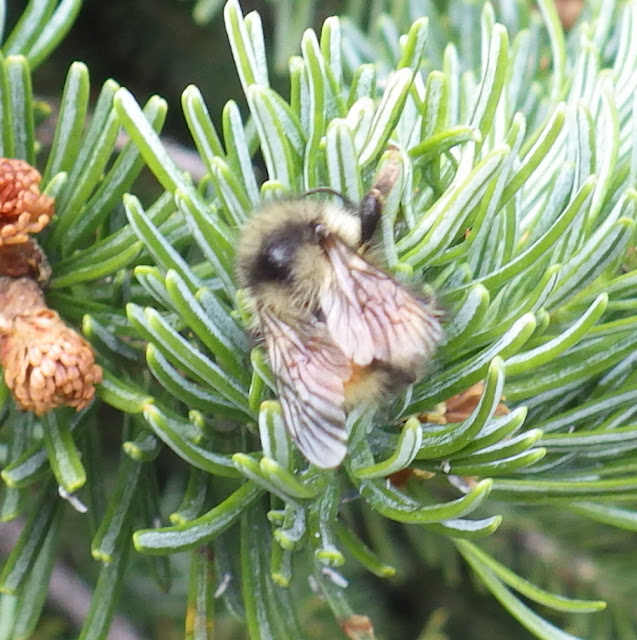 Most of these lousewort families had finished blooming, but this bee alerted us to one of the few remaining flowers. This bee has very sparse hairs on its head.


And like many of the bees we saw, this bee lifted its leg as a warning sign for us--feisty wee bees!
Posted by Beespeaker at 9:41 AM