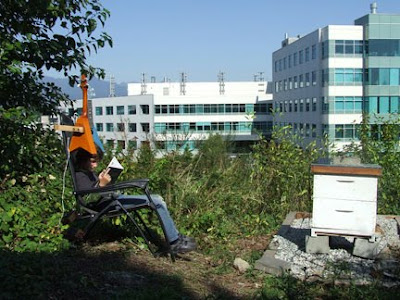 It was a hot and sunny September afternoon and the tea flowed freely: lemon verbena with dragon's head, wild bergamot with anise hyssop sweetened with lavender honey and stevia from the herb garden. Lois Klassen handed out maps and battery-operated listening devices for people to take her Garden Gnomad self-guided sound tour. 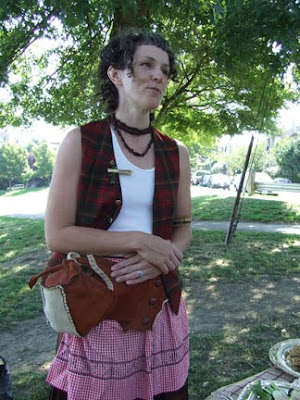 Sharon wears a hand-crafted hip bag for her digital camera that she made herself. 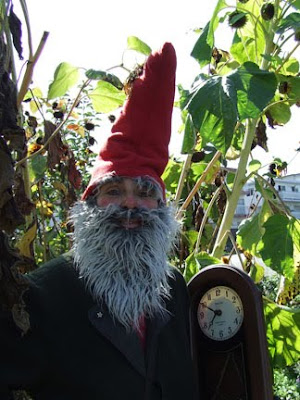 While I gave tours in the bee garden I had some unexpected visitors: an orb-weaver spider snatching a honey-bee from its web, a mouse running up a sunflower stalk and a garden gnome with a clock and an aversion to plaid. I was very pleased that the audience was particularly interested in the bitter melon plant and two people said they cooked it themselves. My friend The Herbalist says that bitter foods like this melon are very important as we creep past forty because they help our aging bodies absorb nutrients. I was asked questions about the dragon's head plant, wild bergamot and some suggestions for bee plants for balconies, so I will do in-depth posts on those subjects. It was so much fun to meet more people who want to plant food for the bees! 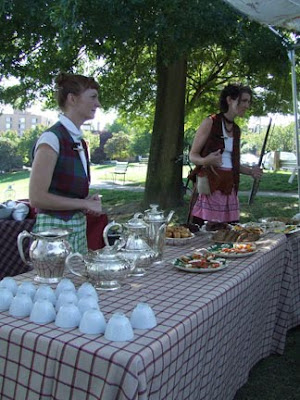 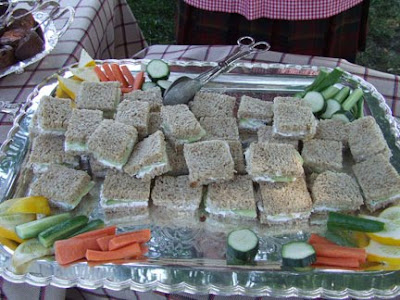 Cucumber sarnies and crudités made by yours truly. 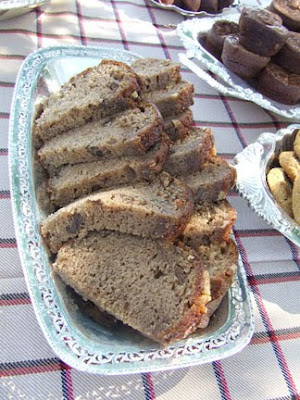 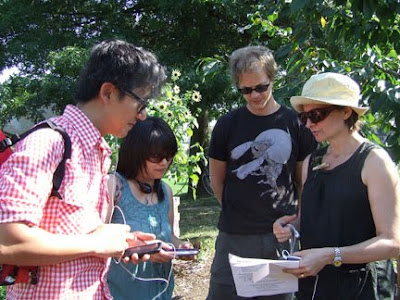 Lois sends listeners into the garden. 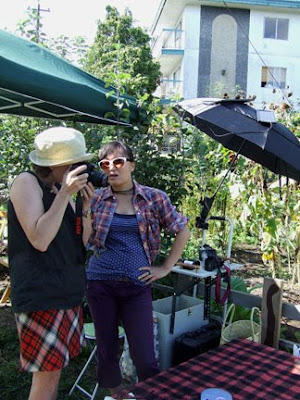 The camera girls are mad for plaid. I'm having flashbacks to 80's punk! 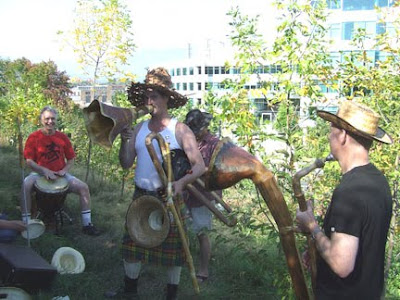 Have you ever seen Flying Monkeys with horns in kilts? Well, you have now. 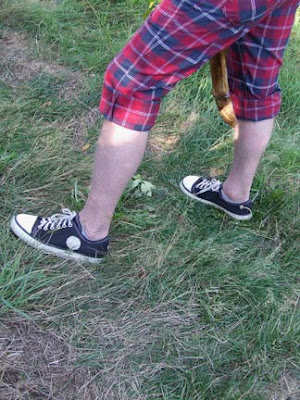 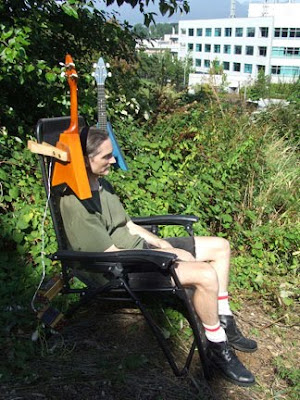 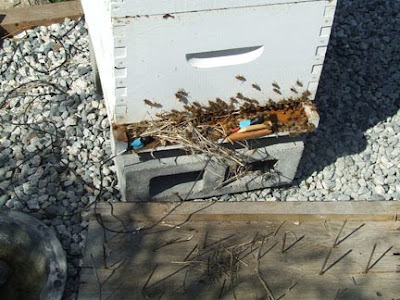 Microphones at the opening of the hive feed into the speakers in the ukulele. Note the spike board to deter robbing by racoons. 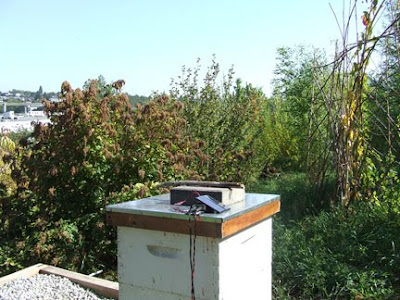 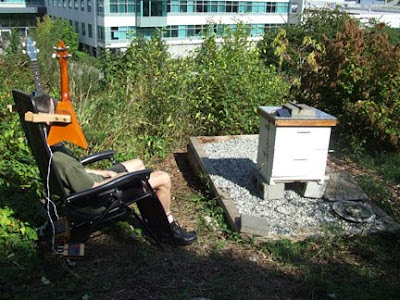 The other solar panels are at the back of the chair, which is actually in shadow in this photo. They power the skewers that are measuring moisture content in the soil which alters a b flat tonal scale that you also hear. Hopefully it blocks out some of the traffic from down the hill, creating a sonic refuge in an urban soundscape.
Posted by Beespeaker at 10:29 AM