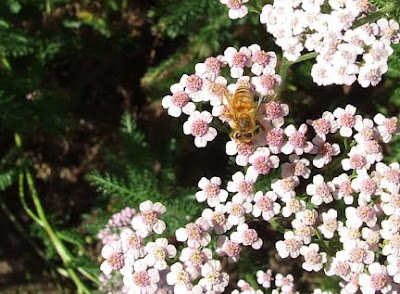 I realize the scale is a bit deceiving in these photos because I've enlarged the native bee below so it looks like it's the same size as the honey bee above. These are photos of yarrow blossoms in VanDusen gardens. I've read that butterflies and bees are attracted to yarrow but I've never really seen much "action" on the plants. Yesterday the nectar was flowing and there was a lot of aggressive competitive behavior among bees around the yarrow. There were several native bees in it and one amber honey bee. 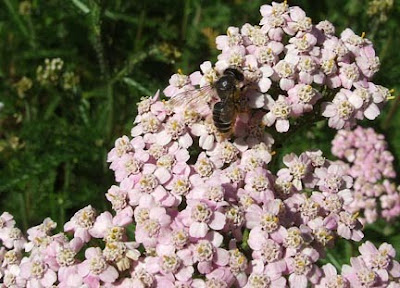 This little girl had the charming habit of raising her abdomen high in the air so you could see the yellow pollen underneath. 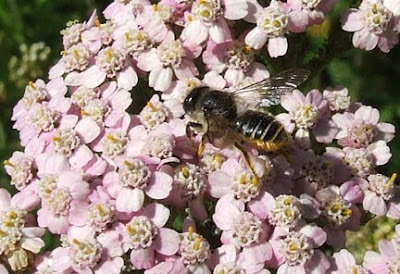 In this photo above you can see the tiny florets and the pollen. The florets are shallow enough that the short-tongued bees have no problem accessing the nectar. 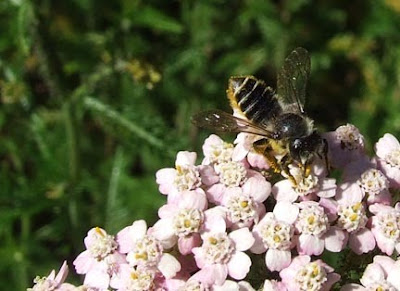 The sun was quite hot in this part of the garden and the yarrow had a sickly sweet smell that I never noticed before, but it was definitely attracting the bees and syrphid flies.
Posted by Beespeaker at 1:14 PM