Saskatoon Sweets at Calories on Broadway 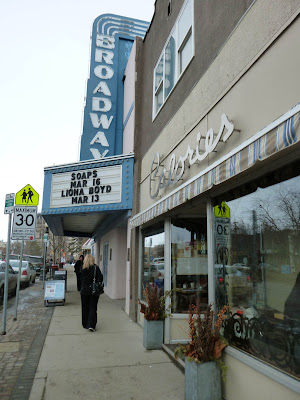 Going to Calories on Broadway in Saskatoon makes me feel like I've returned home. This is because the restaurant was like a second home to me as I lived across the street, habituated it regularly and two of my best friends worked there. Many a fabulous calorie has been consumed here in my university days with a side order of gossip and giggles.

I can't believe the Saskatoon Soaps are still running. It must be the longest running live improvised soap opera on earth. 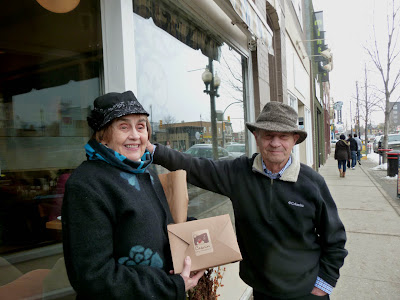 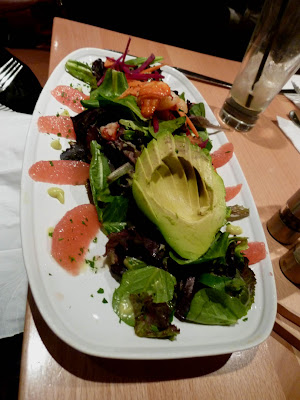 My sister scored the best choice of the lunch menu which was this grapefruit salad with cubes of sweet potato topped with a little bit of lobster. 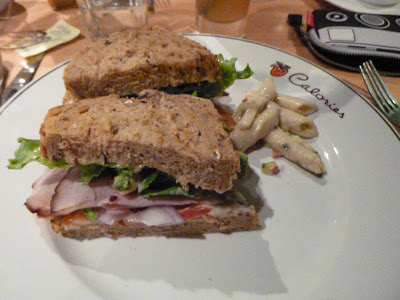 I went for my old favorite, the California club on wild rice bread. It wasn't quite as good as I remembered it, but we noticed the kitchen seemed to be in training mode and they were not having a good day. It happens. The waiter also seemed to be paying attention to tables with nubile young women to the detriment of other tables with women past a certain age. Ahem! 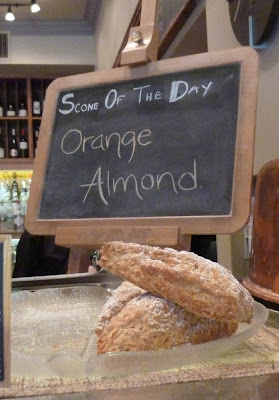 The best part of lunch at Calories is choosing the desserts. The ritual of perusing the case which is full of old favorites and some new sweets. 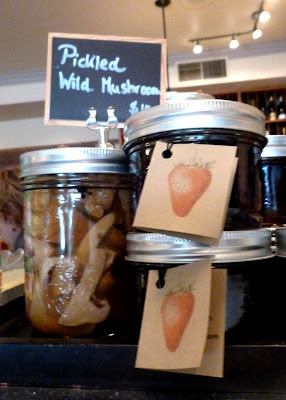 You can also take home their jams, chocolates, pickled mushrooms, and bread. 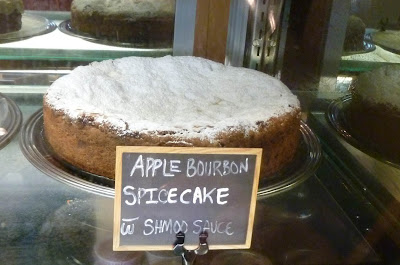 Here's a new one, with caramel sauce from the old favorite Schmoo Torte. 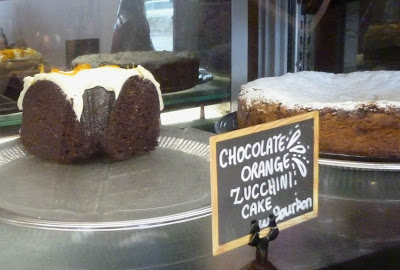 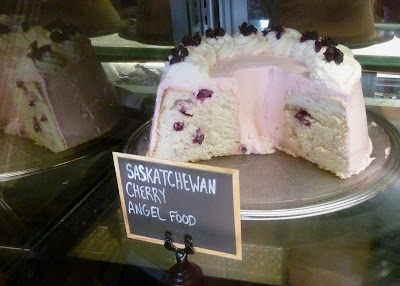 This is what I went for. Sour cherries grown in Saskatchewan are a new source of inspiration for local chefs. We took home some sour cherry brownies which I can vouch for. 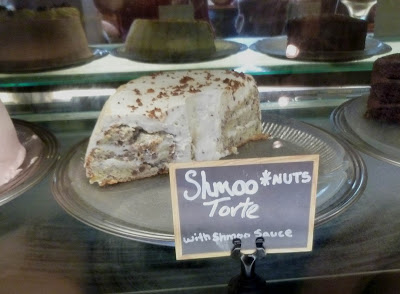 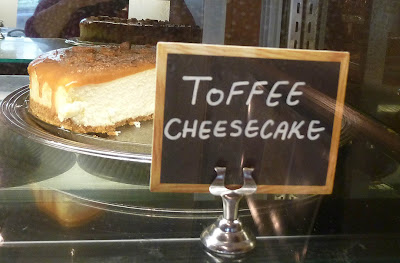 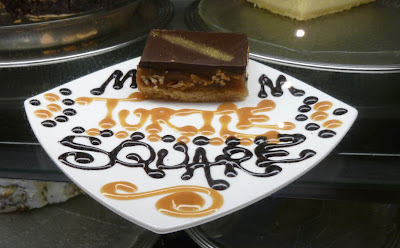 Another old fave: the turtle square. 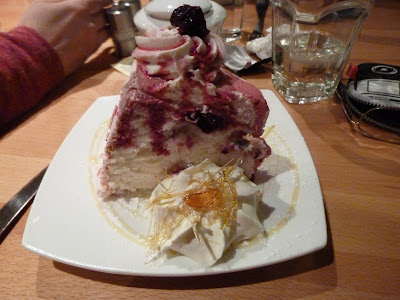 Here's the dessert plated up. Angel food cake is very popular in Saskatchewan. They even have angel food cake buffets at square dancing events. 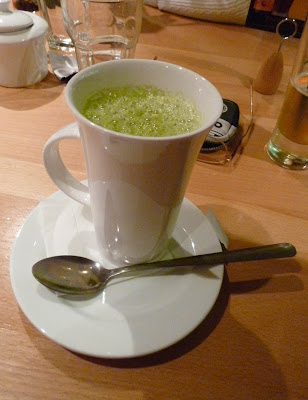 I ended with a green tea almond latte. I liked the concept, but it was entirely too sweet for my taste. I'm sure you could tell them to dial down the almond syrup. It looks very pretty though, doesn't it?
Posted by Beespeaker at 1:05 PM