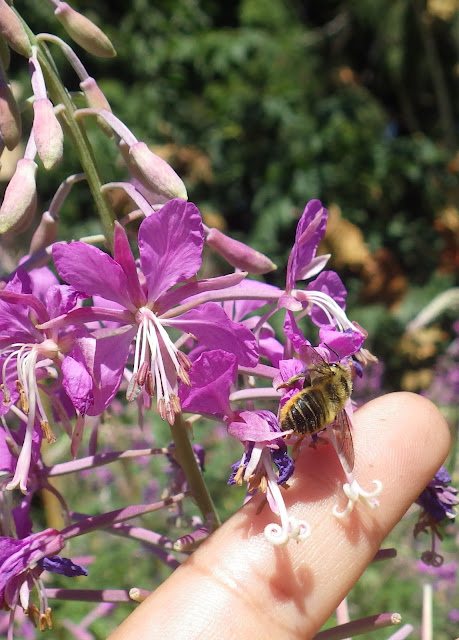 At this time of the year you'll find leafcutter bees chillin' in the fireweed at Oak Meadows Park. 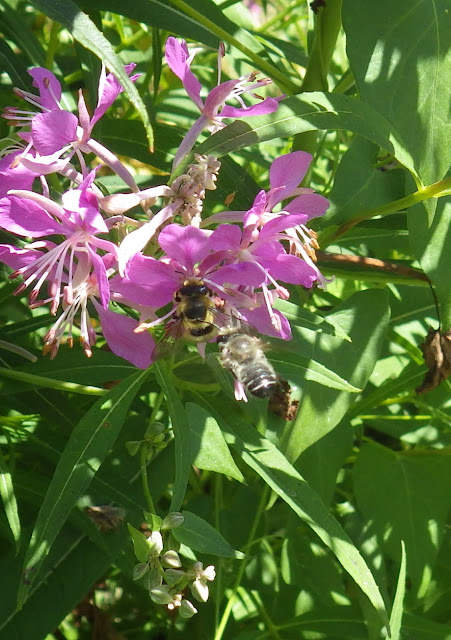 I had fun watching this male leafcutter hover behind a female, fixing on the target before he mated with her. You can see that the male has ashy grey hairs, while the female is more blonde. She also has quite the facial hair, which is sometimes the case with certain species of female bees. 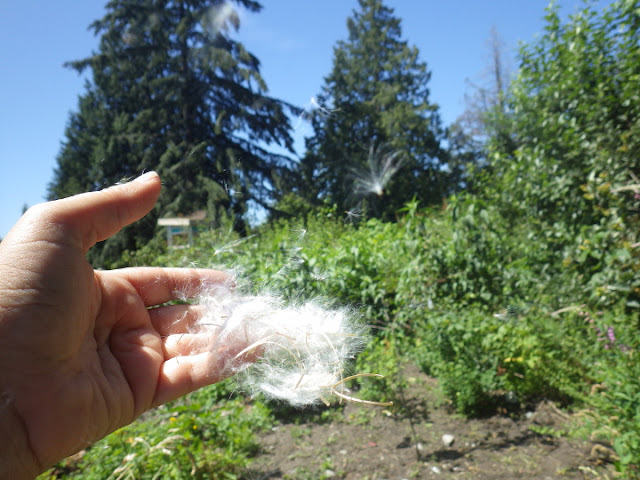 How can a person resist playing with fireweed seeds? Be free and feed the bees! 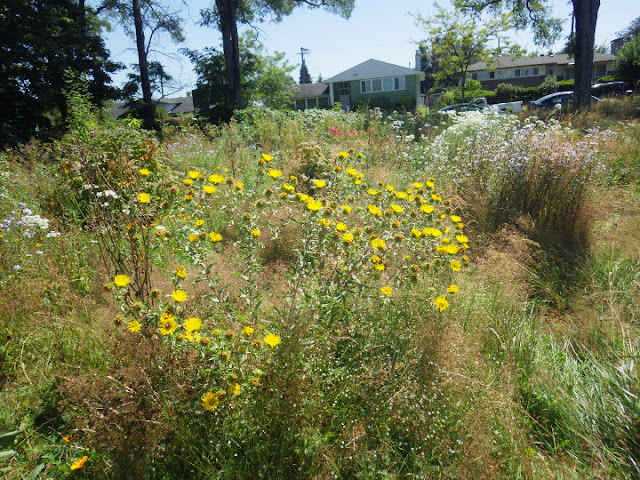 Meanwhile, on the east side of the park, the perennials are becoming well established and I was happy to see these gumweed flowers (Grindelia sp.) because they were so attractive to bees in the Okanagan. 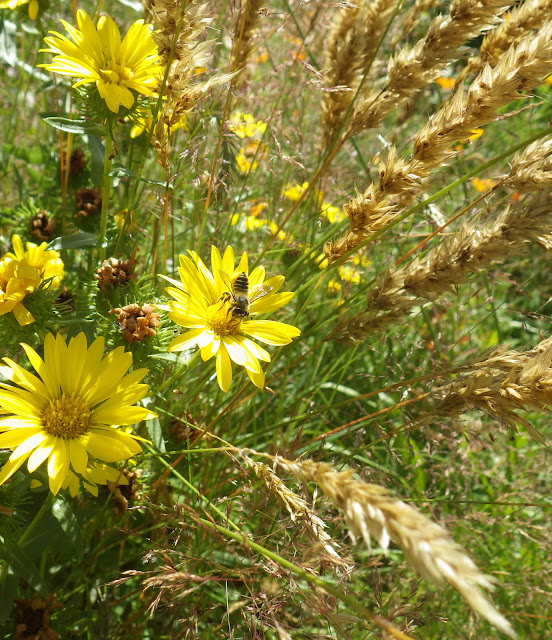 They are shallow, easy-access flowers that capture the warmth and energy of the sun. 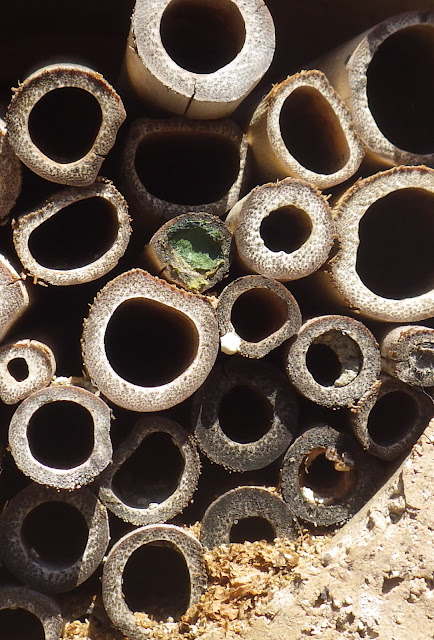 Look for these green plugs at the ends of leafcutter nests in the pollinator hotel. 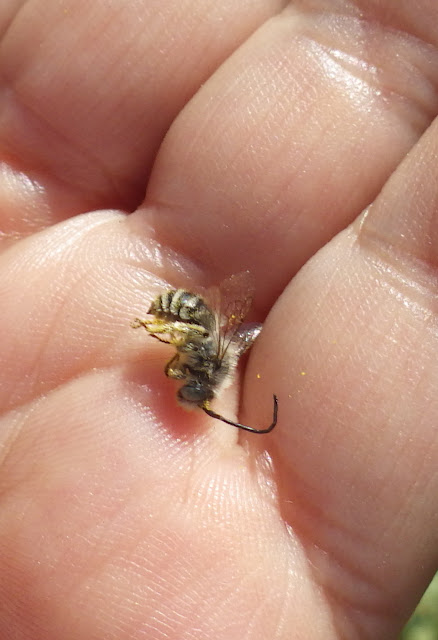 This is also the time of the year when the males are dying. I found this little melissodes male in a grindelia flower. 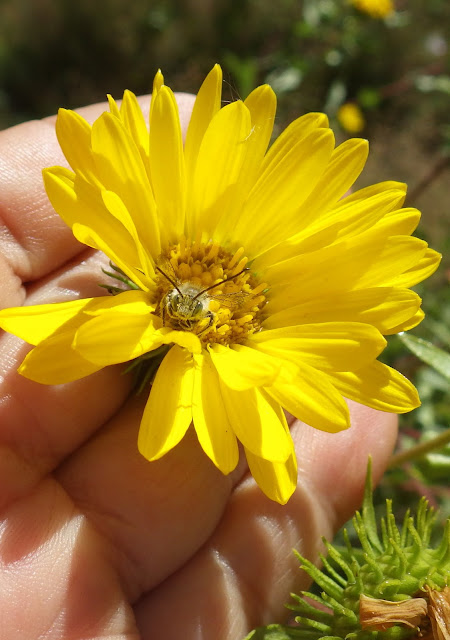 He still has a glint in his eyes. 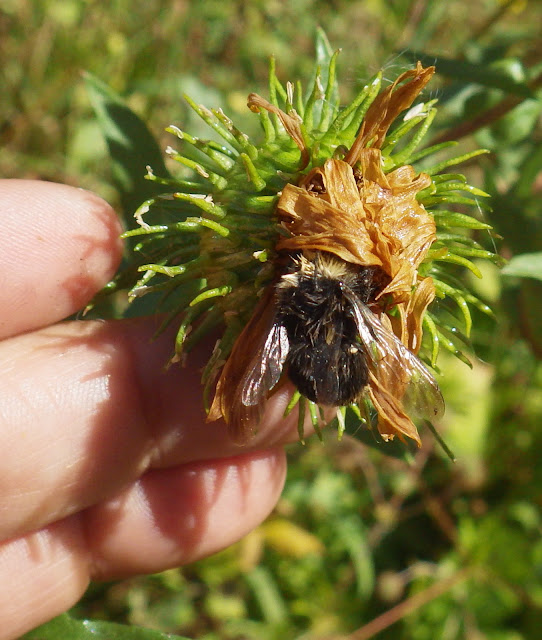 This bumblebee had died on a flower and was stuck in the sap that oozes from the buds. 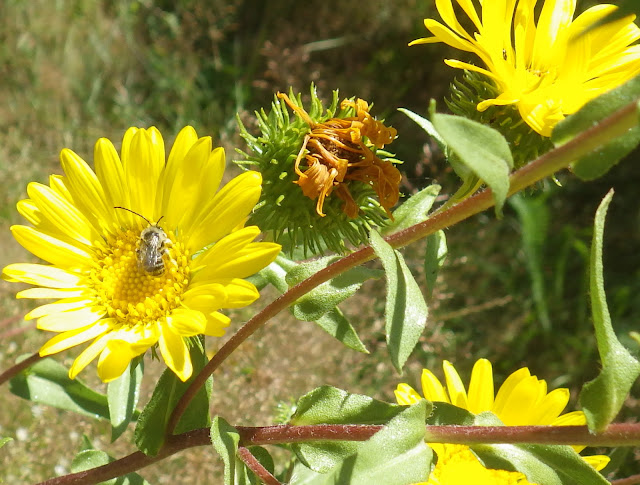 This little guy was alive, but he had lost part of one antenna. 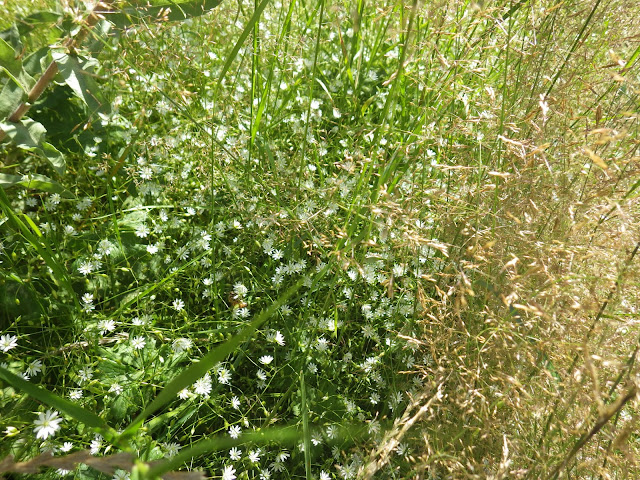 The honeybees were foraging in the chickweed growing underneath the taller perennials. 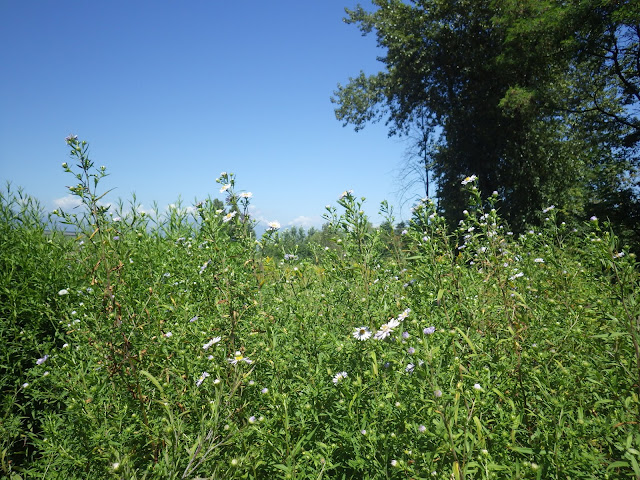 The lovely asters are blooming too. 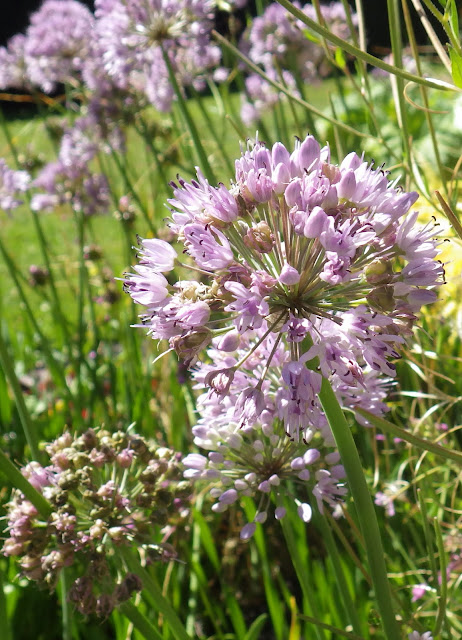 I popped in quickly to VanDusen Gardens to admire these alliums. They'd be good to plant with nodding onions as they bloom slightly later. 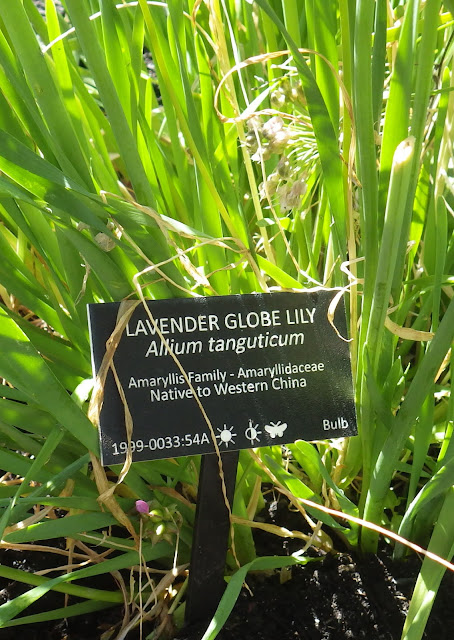 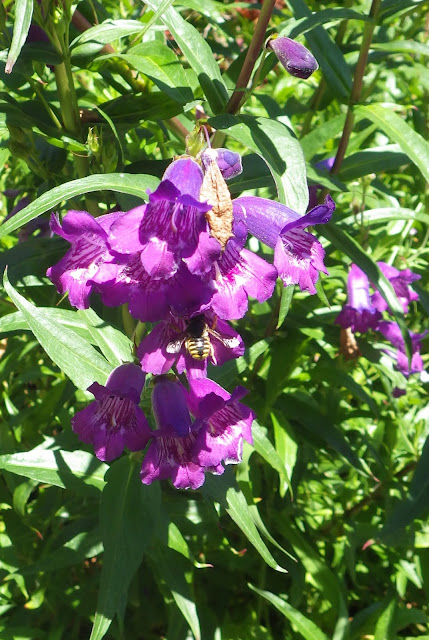 Here's a cheeky wool carder bee heading into a beautful penstemon flower which was also hosting honeybees and bumblebees. I've read that some penstemons have hairs that keep some bees out of their corollas and I'm curious to study those species.

Posted by Beespeaker at 1:15 PM