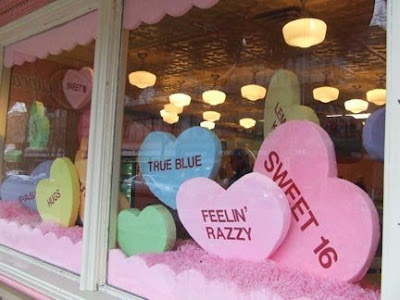 Now that we're in the awkward period between New Year's and Valentine's Day, stores either jump the gun and go for the candy hearts, or they let the sale signs linger. 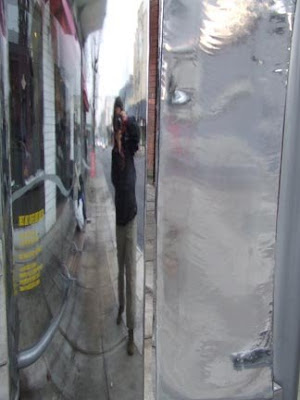 The artist collective called Instant Coffee has launched an commissioned art series on Main Street called A Bright Future. I was excited to hear they were putting a therapeutic light in the bus shelter at Main and 20th, but it has never been on when I've passed by. 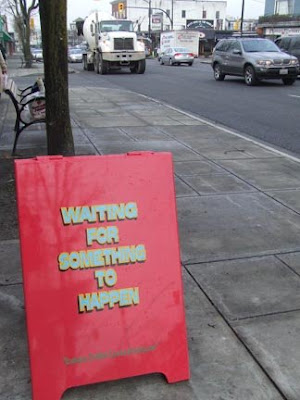 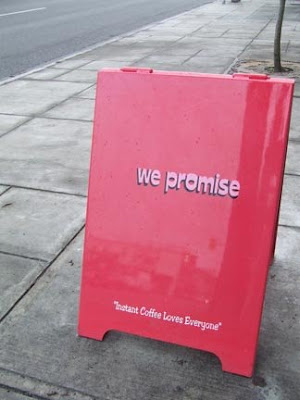 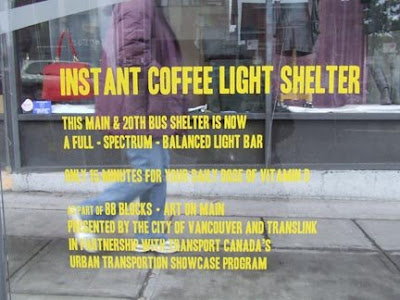 I did however get to ride on the bus covered with the photograph of colorful afghans. It looks beautiful and brings a wistful smile to people getting on the bus, but somehow we wish it was a real bus cozy and not just a photo of one.

I love projects where people actually knit and crochet onto urban objects. The photos on the this web site are very heart-warming. Billing urban knitting as the world's least offensive graffiti is very clever. I also like the spirit of the Satva Connection:

"Living in Tel Aviv for so many years, the city has become an important part of our lives. It makes us happy when it blossoms with parties, with beautiful people, with life, and it makes us sad to see its buildings falling apart, the dirt on the streets, and the walls peeling off on every corner.

We, the people of Savta Connection, wish to give something back to the city we love, and the way we see it, there is no better way than Urban Knitting."

I found a couple of videos on a group of guerilla knitters called Knitta on YouTube. This is a five minute video about urban knitting, plus a bonus on some art cars. This video on the same group is even better, and it is in French, with some English dialogue.
Posted by Beespeaker at 2:52 PM