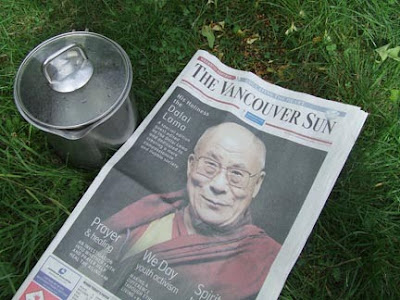 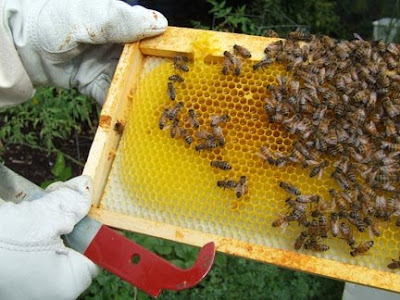 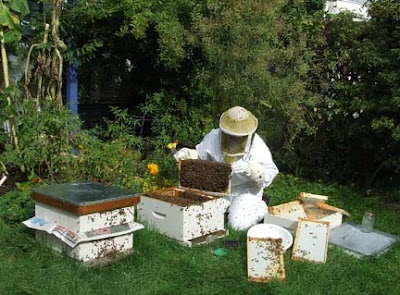 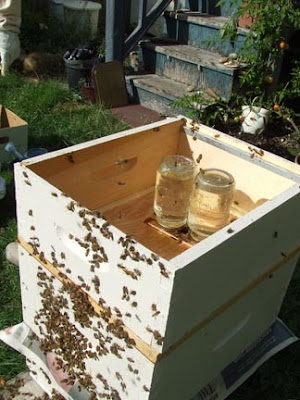 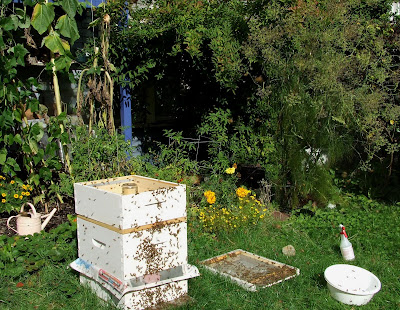 In the right of this photo you can see the spray bottle full of sugar water Jean used to calm the bees instead of smoking them. Cleaning the sugar water from their bodies keeps them occupied, and it is a much less invasive tactic than smoking them. We also dusted them a bit with powdered sugar in case they had any residual varroa mites. I was a bit concerned about the amount of bee excrement I was seeing in the yard on the lawn furniture. This could be a sign of Nosema, but I think it was just because of the cooler weather and the stress we were putting them under. I really hope they survive the winter. They are very productive today so as long as we have another couple weeks of good weather I think the kids will be all right.
Posted by Beespeaker at 2:55 PM