A Mother You Can't Trust 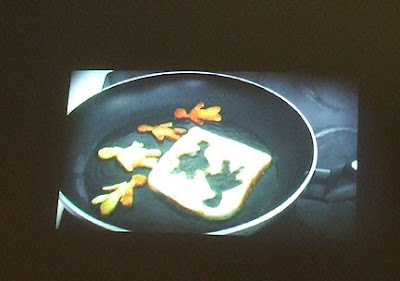 Pauline Cummins has been making video and sound work since 1985. Her current interests are collaborative performance and process led video installation. She has shown internationally and her work is in the collection of the Irish Museum of Modern Art. She co-curated Locus Suspectus where the hidden comes to light’ and Terms & Conditions. Both exhibitions dealt with performance and video. (Source: Unbuilding website)

Pauline Cummins - Sound the Alarm, a 45-minute performance with sound and video elements. This performance deals with the question of power/powerlessness. It explores visually and aurally the feelings that attend the loss of innocence for the individual, and for a society. (Source: Open Space website) 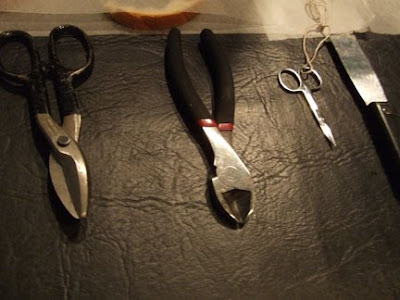 Gertrude Stein famously said, “Considering how dangerous everthing is, nothing is very frightening.” Acts of violence and abuse against children are too upsetting to imagine. We read the headlines and watch fictionalized accounts of abuse but thinking too much about them would make us crazy. Part of transformative power of art is that is allows us to consider the terrible things humans do from a distance, thus preserving our sanity amidst chaos.

The persona of the performer, whom I call “Mother” was in parts Baba Yaga, the witch in the gingerbread house, and kali the goddess of creation and destruction. The artist cut gingerbread men out of slices of white (Wonder)bread and fried them in oil in two frying pans. At one point she handed out these crunchy greasy shapes to the audience. “You don't have to,” she says in a voice too calm, too reassuring. She managed to convey an ominous sense that she could have powdered the “little tings” with arsenic somewhere along the way. “It leaves a nasty tasty in your mouth,” she says. (Doesn't arsenic have a bitter taste?) “Mother” goes to her table and handles and considers some sharp instruments. Tools of creation and/or destruction. 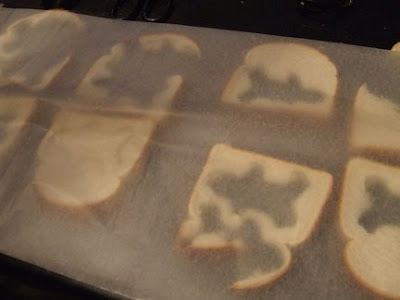 Parts of the piece have an elegiac tone. At one point the artist unfurls a scroll of waxed paper and recites childrens' names. A woman comes up the stairs playing a somber composition on the trumpet. All the while we see a looping projection of found footage in which an ominous clergyman in black plays a little joke on the women posing shyly in front of the lens. He is sneaking up behind them and poking them in the sides with his fingers. The trickster avoids the gaze of the camera. 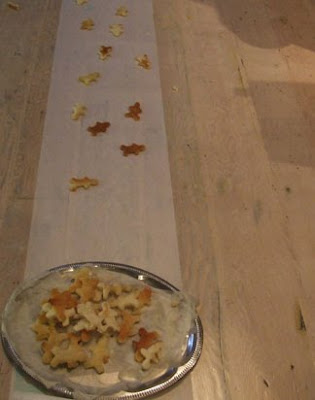 Near the end of the performance “Mother” pulls a bowl of water in between her legs as she sits on the floor against a wall. She pulls a wet pillowcase tightly over her head and wails. It is an image of torture. Since we have seen the images from Abu Ghraib, the pillowcase over the head will resonate as an image of torture of prisoners of war, but to associate this image with a child or mother is even more disturbing. 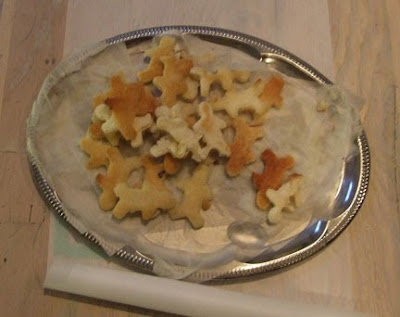 The trumpet player appears once more and her song begins to mimic and intertwine with “Mother's” wailing. A mother you can't trust. Pain begetting pain. Born astride a chamber of horrors.

Posted by Beespeaker at 2:02 PM