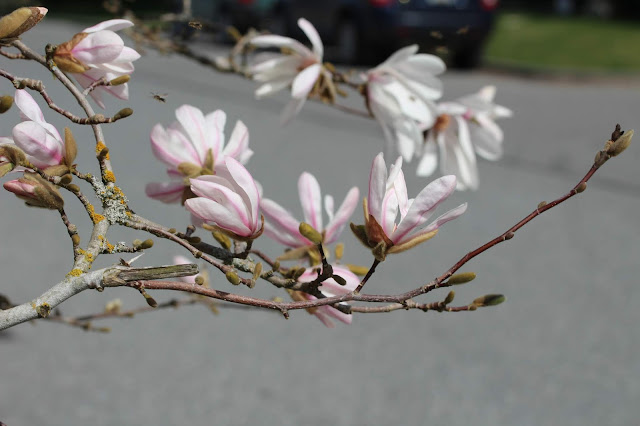 As I was coming back from a visit to Camosun bog, I noticed several male bees flying around the blossoms of a pink star magnolia tree, so I stopped to take a closer look. 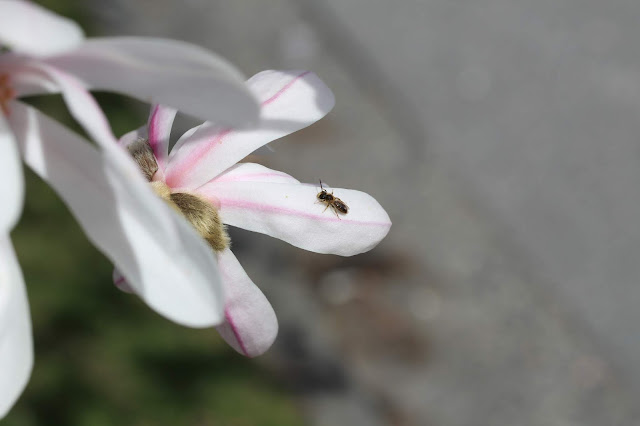 The blossoms had a spicy floral scent that reminded me of lilies. Usually it's so hard to photograph these little male mining bees, but this time there were several who stopped to sun themselves on the petals. Maybe they were as entranced by the fragrance of the flowers as I was! 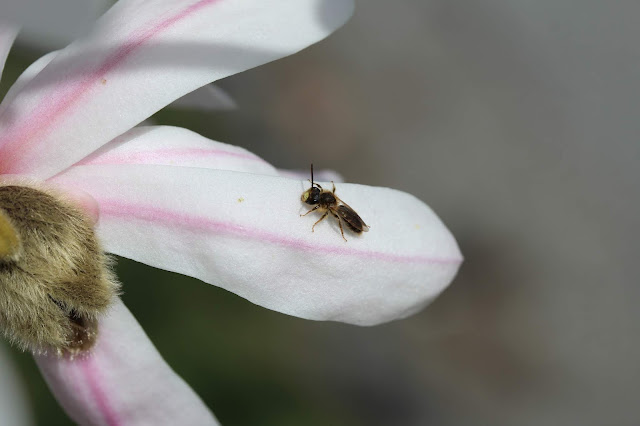 The males are thinner and more delicate than the females. They have longer antennae and cute yellow markings on the part of their face called the "clypeus". 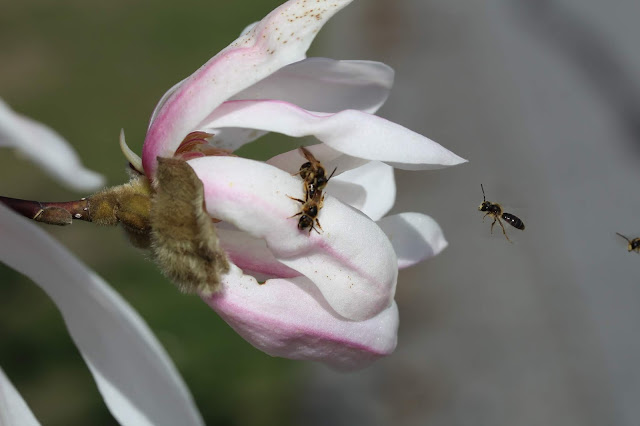 As soon as a female arrives on the petal, all the males head straight to her. Male bees hover around the blossoms waiting to pounce on females. This behavior is called lekking. The fastest males with the best endurance win the genetic race. 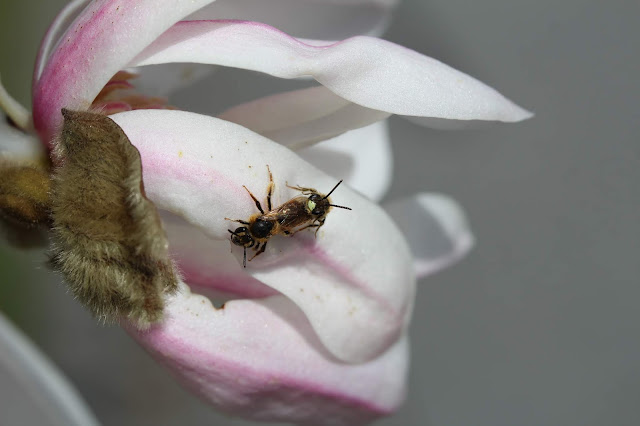 Next thing you know, the bees are makin' whoopee! 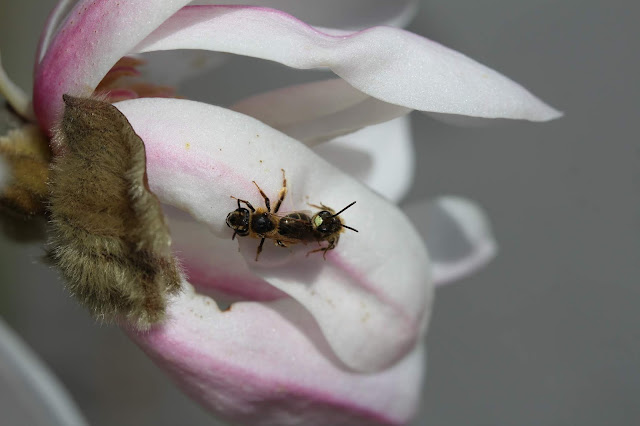 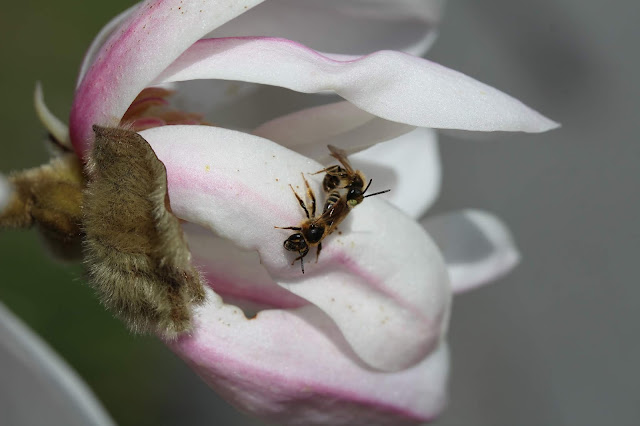 The strange this is I never see bees foraging in magnolia, and the females don't seem to be going into the flowers for pollen or nectar, so this is a bit of a mystery. 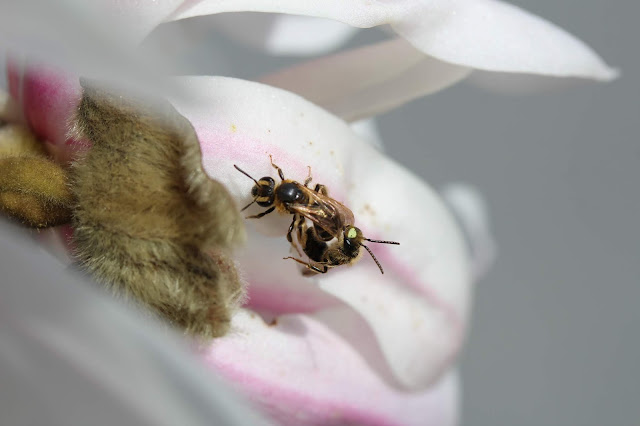 Mining or ground nesting bees  often nest right under their preferred food source. Have you seen bees foraging in magnolia? 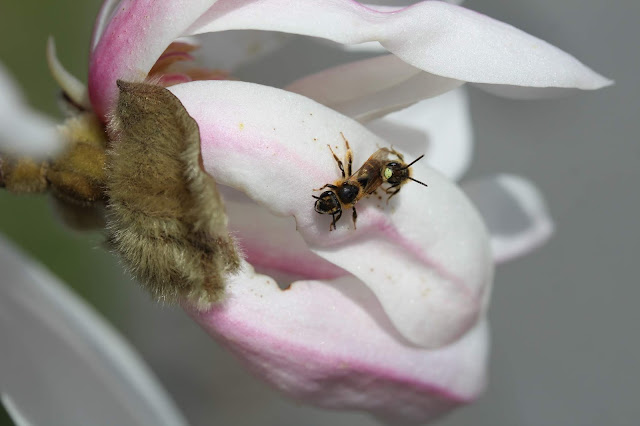 Those little sideways eyebrows on the female bee tell us it is a species of Andrena bees. 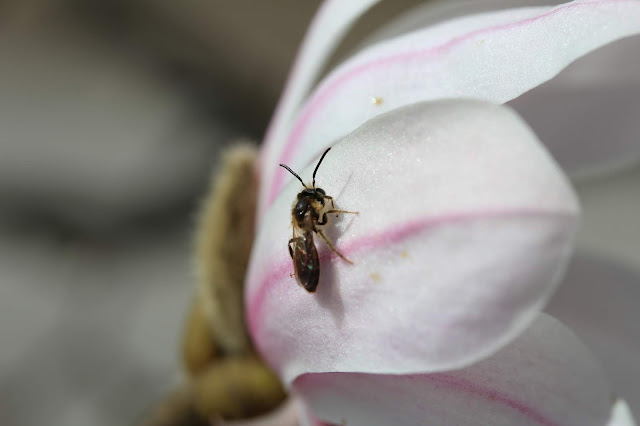 I noticed some little yellow spots on the petals. This looks suspiciously like bee poop. Maybe that's why the males were pausing on the flowers! Not as romantic as I thought! 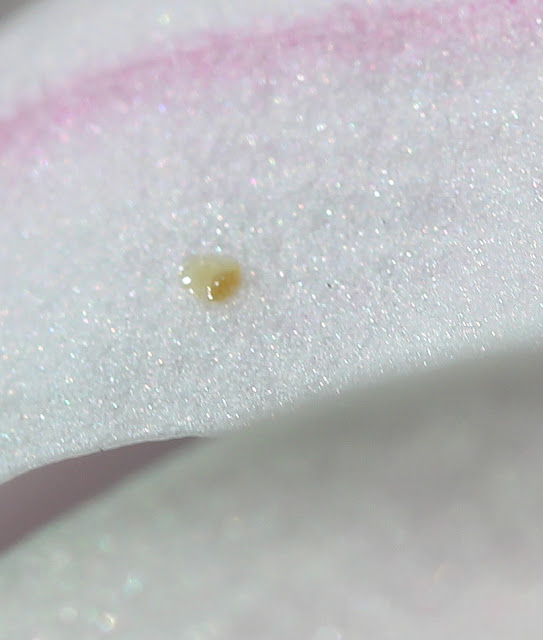 Does that look like bee poo to you? You can also see how the light reflects from the petals, creating a sparkling effect. It's likely nice and warm on the petals, which is another reason the males like to sun themselves on the surface. 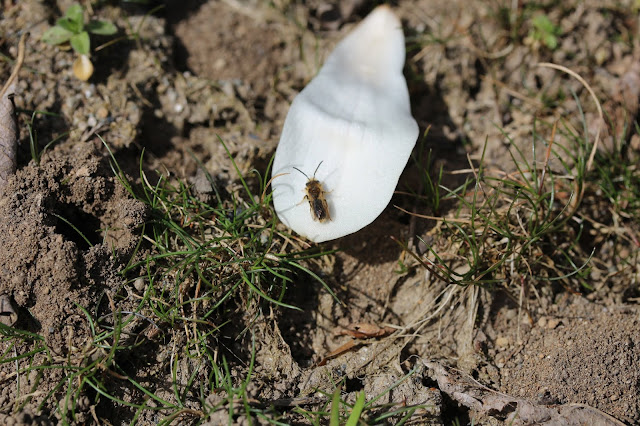 This male was sunning himself on the ground, waiting for the females to come down and enter their nests. He's got his own lekking technique. 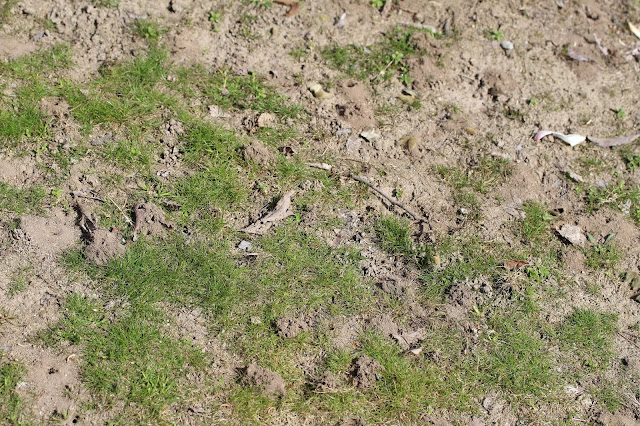 The ground underneath the tree was scrappy and sandy. Apparently it's just what these bees like! 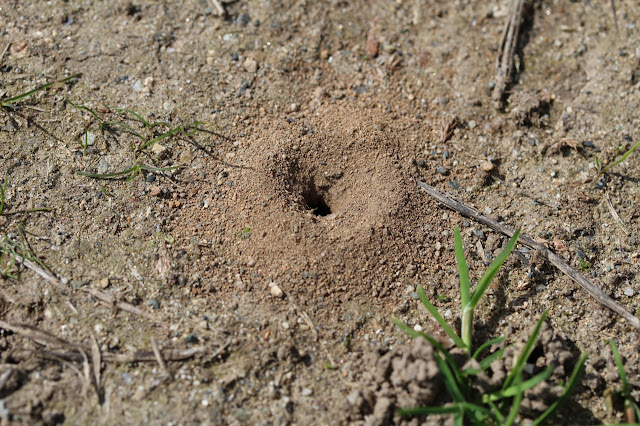 And here you can see the tumulus around the nest hole where the soil has been excavated. I see them as miniature Bugs Bunny holes. 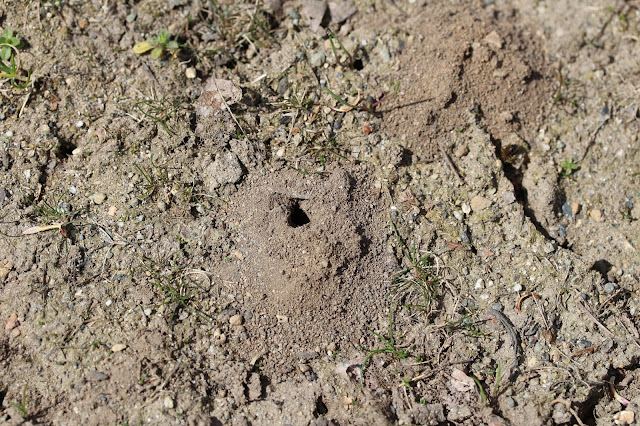 So the next time you stop to smell the magnolias, look for bees makin' whoopee and poopin' on the petals! And watch where you step, because there might be bees underfoot.
Posted by Beespeaker at 8:13 AM