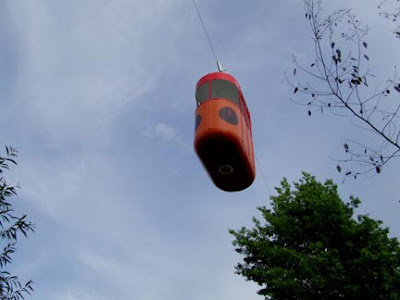 David Floren holds an MFA from Concordia University where he studied sculpture and integrated media. Currently Floren's creative work focuses on event collection, discrete networks, and remote systems. Floren's work has been shown internationally at venues including Berlin's Sony Centre, Répliques in Algiers, Send and Receive in Winnipeg, À la nuit tombée in Grenobles, and at Icons in Washington state. 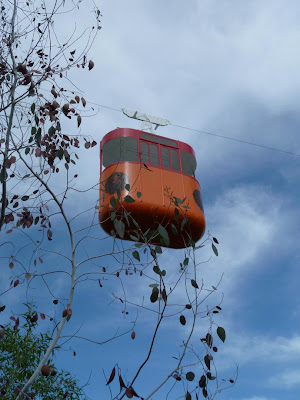 (COME SEE) THE FRENECIRCES: A two-thirds scale Ottoman/Czarist styled gondola remembers journeys between oasis caravanserai. It absorbs solar energy during the day and at night it emits light, and text (wirelessly), and skitters along its support wire. Intermittently, the gondola will transmit prose to ground-based wireless handsets (iPhones or other WiFi equiped devices). The text alludes to Marco Polo-like traveller(s) in mid journey between oases, and to the context of the original gondola among the opulent architecture near the resort city of Gagri on Georgia's Black Sea. The Park-to-Spa line once carried czars, dukes, and aristocrats. 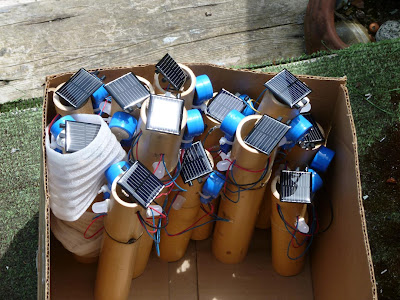 These are the solar lights designed by Peter Courtemanche and created by the community in a workshop at The Britannia Community Centre for the Light Headed Lanterns below. 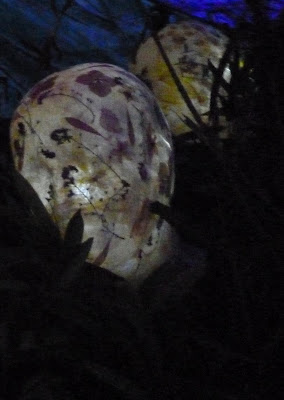 Naomi Singer is the Artistic Director of the Secret Lantern Society and has been a practising artist since graduating with honours from the Emily Carr College of Art and Design in 1989. She has created and participated in countless festivals and community projects as an artist, performer, director and designer and has taught workshops throughout BC and Alberta. She continues to produce and direct the annual Winter Solstice Lantern Festival in multiple Vancouver neighbourhoods, collaborating with over 500 artists and performers, dozens of community associations and countless volunteers. Over 15,000 participants attend this annual event.

Light-Headed Lanterns: In a workshop for the commmunity, participants created head-shaped lanterns using tissue paper, petals, twigs and natural materials from the MOP garden. Once complete the new lanterns were outfitted with solar technology created by participants in a workshop with Peter Courtemanche. Light-headed is a solar powered lantern project that plays on the concept of personal illumination. Ten head-shaped portrait lanterns will invoke the "eureka moment" we hope to inspire regarding the conversation between art and science. A head lit from within is inspired, it contains spirit, it holds an idea. And when we put our heads together, anything is possible. 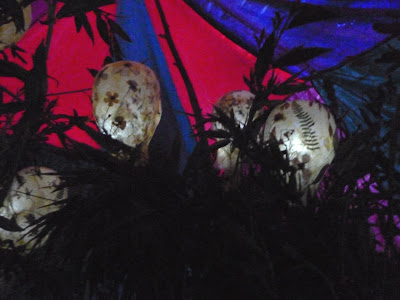 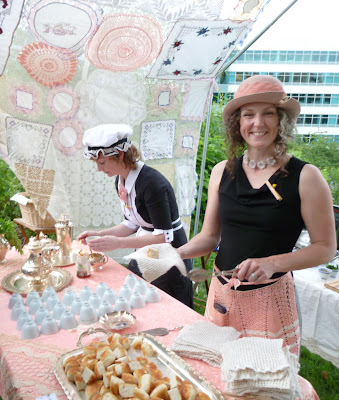 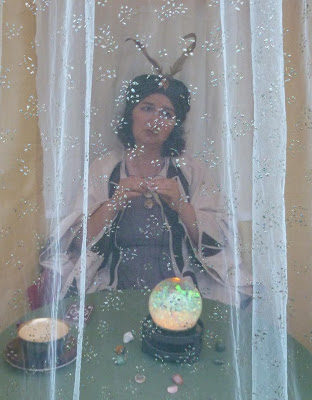 Lori Weidenhammer is a Vancouver performance-based artist originally from Saskatchewan. For four years she has been appearing as the persona Madame Beespeaker on a regular basis. Lori created an Artist Run Bee Garden at the MOP (2009). Her collaborative media works with Peter Courtemanche have been shown in Canada and abroad. As a food security volunteer and activist Weidenhammer works with colleagues and students of all ages on identifying native plants, eating locally, gardening for pollinators, and guerilla gardening.

In her installation and performance Lori Weidenhammer will embody a psychic medium called Madame Moth appearing in an illuminated cocoon. She will enter into a trance state with the help of a sound track she listens to created from fortunes from a vintage scale and 19th century recipes. Moths have eaten away at the memory of Madame Moth as she struggles to channel her own past. 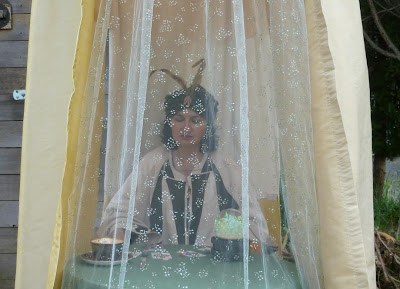 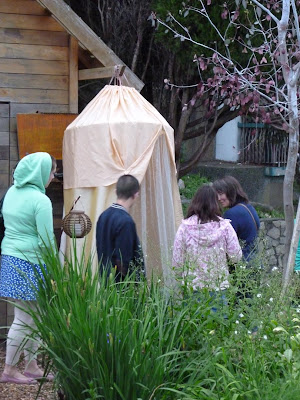 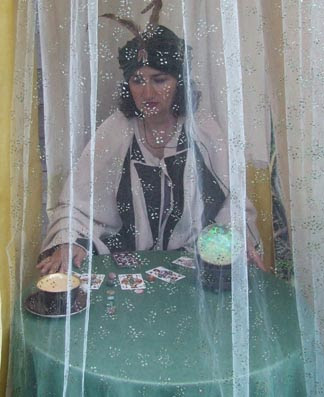 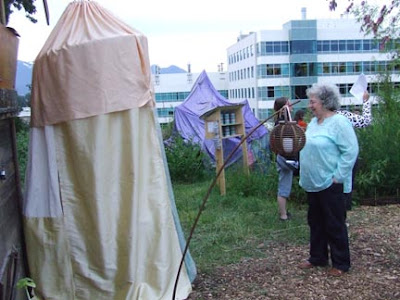 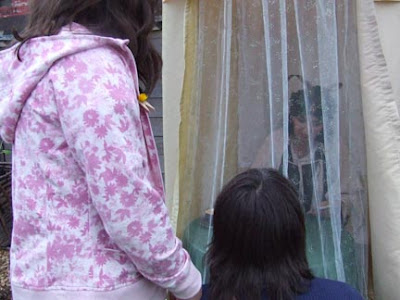