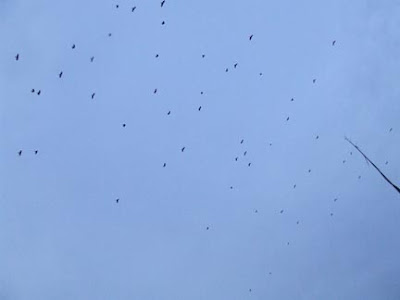 Crow hour happened during the twilight on June 26 above the MOP Garden. My son was on documentation duty and took this photo. 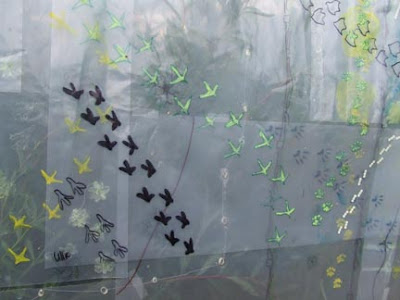 Robin Ripley is a Vancouver artist who often works with recycled and natural materials as they reflect her environmental concerns. Gathering sorting and reconfiguration are all processes she uses to draw attention to the often overlooked details of our world. She focuses on the re-examination of mundane objects as a way to explore sense, memory, and knowledge. Her working processes are often laborious, questioning current economic models of speed and "efficiency" while suggesting that transformation is still possible through small gestures if we make time to notice the details of the world. Her works have been widely shown throughout British Columbia. 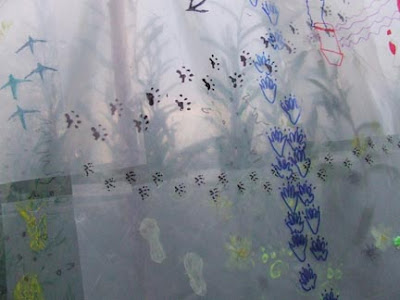 TRACES employs a specific site, the Means of Production garden to draw attention to the complex web of often unobserved activities found in nature. The work was created in collaboration with students from Simon Fraser Elementary. Transparent plastic sheeting provides a surface to trace and illuminate the multitude of activities within the garden. The patterns of activities will be delineated with phosphorescent materials recording the ongoing transitory records left behind by insects, birds, and animals. Slug trails, paw prints, woodpecker holes, insect chewed leaves, bird and insect flight paths are some examples of the elements of the patterns to be transcribed. Painting on individual transparent sheets with phosphorescent paint participants created specific patterns to portray an aspect of the garden which intrigued them. 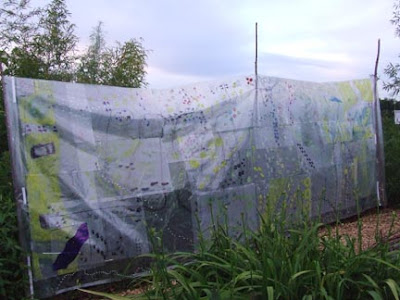 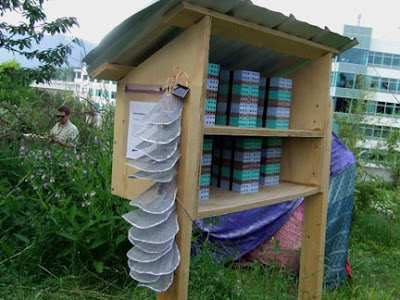 Peter Courtemanche is a sound and installation artist from Vancouver. He creates radio, installations, network projects, performances, curatorial projects, and handmade CD editions. His art works often have a literary basis - inspired by narrative texts and the history of specific installation sites. His "outdoor" works include: "Divining for Lost Sound"(1996-99), "Preying Insect Robots" (2006), and Poison Mentor (2009). 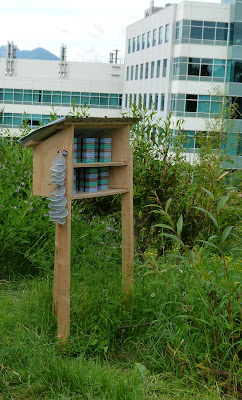 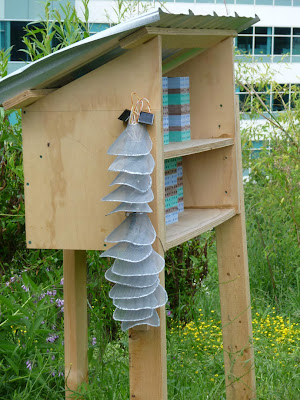 The Illuminated Shroom is a large tree fungus that has become savvy about science. It is inspired by the notion of wind-clocks and alternate scales of time. It perceives the wind as a variable force that blows during the daytime and goes quiet at night. Thus each day has a different length in wind time, and each night the shroom has an opportunity to stop and reflect on the day. The shroom is a solar powered creature that monitors and records the wind during the daytime, and at night it uses its findings to create a pattern of light, played-back on amber LEDs. Connected to the Time Inventor's Kabinet project at OKNO in Brussels, the shroom also sends it's wind data to the Internet. 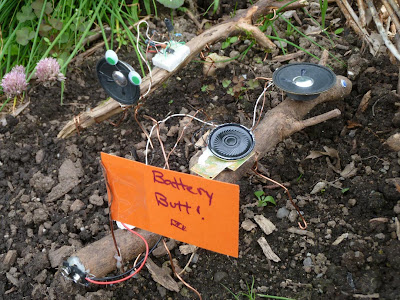 Diana Burgoyne refers to herself as an electronic folk artist. Her performances and installations have been exhibited internationally. She was commissioned by Telus Science World to collaborate on a permanent piece which is exhibited as part of Contraption Corner. She has created a work entitled "Audio Quilt" as artist in residence at the Roundhouse Community Centre. "Audio Quilt" is an interactive installation that reflects the sounds and voices of the Roundhouse community by utilizing one hundred audio chips, each recording 10 seconds of sound. Many of Diana's pieces involve audience interaction to activate the art. Whereas we are usually taught not to touch anything in a gallery, her pieces rely on the audience handling the art. 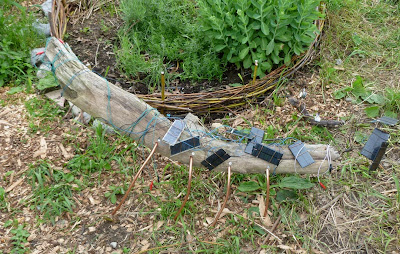 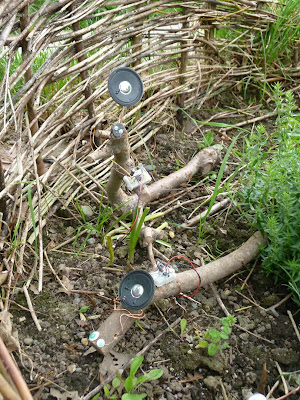 Diana created the work in the Twilight Tea Party in three collaborative workshops with the community. In two workshops with students at Simon Fraser Elementary, the students created Buzzy Light Bugs. The audience can use their flashlights to activate the sound circuit enabling the viewer to experience both the audio and visual aspects of the pieces. The second workshop took place at the Britannia Community Centre. By weaving electronics around rocks or plant materials or by modeling the circuit into insect sculptures, participants created solar-powered audio creatures using light sensitive buzzers and make sound recordings. These are also activated with flashlights. 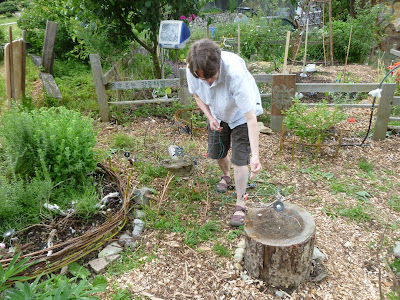