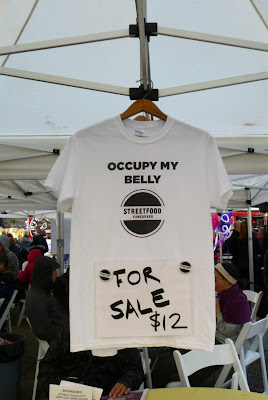 Humor provided by the 1%. 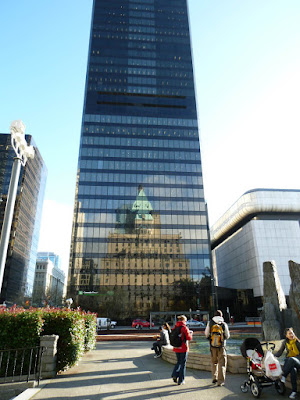 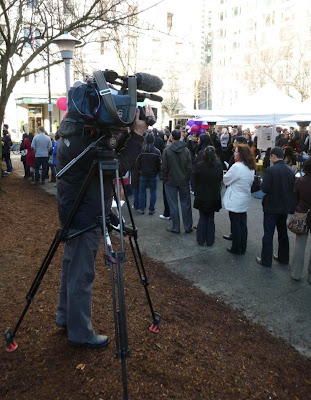 I had a downer of a morning. You know when you're in an environment where every single person is treated like a moron by staff who see themselves as superior beings on a more evolved plane? Yeah that. Oh well, bad experiences make good stories and by god I'll be writing about that one. I decided to cheer myself up by heading to the VAG and checking out the food truck action. 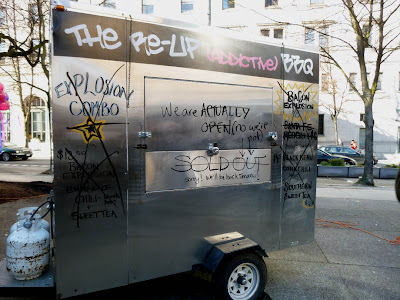 Well, the lineups were insane. People were lining up to take photos of lineups. Stuff sold out. I went around the corner to Ensemble Tap for my lunch. 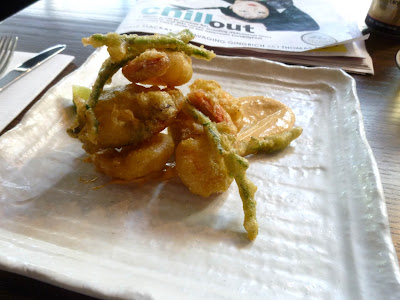 There's a three course deal on right now and I started with the popcorn shrimp with tempura sea asparagus and spicy mayo which cheered me up immediately. Flavors were bright and layered. It hip checked other popcorn shrimp I've had and put them out of the game. (Wow, I sound like such a dude!) 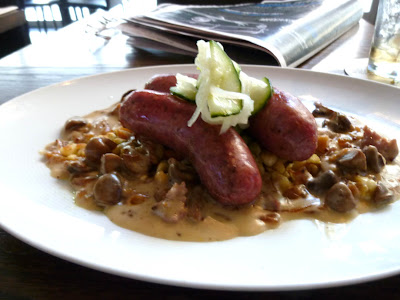 Oh, look at those plump, juicy bangers. I love mushrooms and spaetzle but the sauce was wrong. The mushroom onion pan gravy tasted like honey mustard. I craved vinegar notes and wanted to axe the honey. Is it made sweet to go with the bitterness of beer? Big portion, maybe enough for half the Sedin twins, or half of half of them. I liked the onion slaw--good crispy vinegar tang. 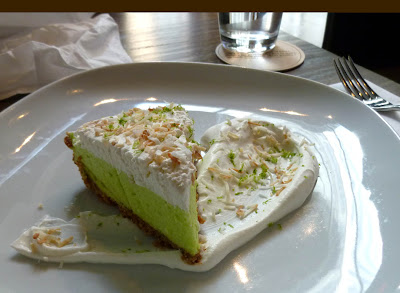 Lovely little key lime pie. Tangy and creamy with a buttery crust. I would have liked a lime curd swoop instead of cream, but then you'd have to charge me more, wouldn't you?

Still feeling a bit out of sorts I headed to the Juice truck for the Beta 5 hot chocolate almond milk with chai marshmallows for (choke) $5.50. It occupied my belly, but not my heart. Go to French Made and have the Earl Grey Chocolate instead or go to La Nouvelle France where she knows her drinking chocolate. It is more "evolved" as they say at Mink. Pretentious? Moi?
Posted by Beespeaker at 7:37 PM