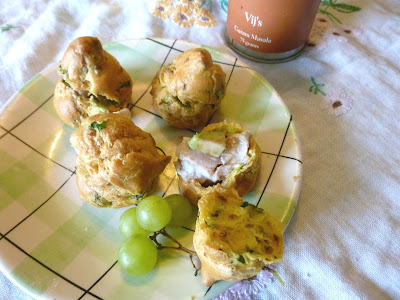 I am so excited that someone is finally making gougeres in Vancouver! These savory puffs made of choux pastry are perfect for appetizers with bubbly and if you make them larger you can even use them to make sandwiches. I made mini sandwiches out of these French Made mini gougeres which are flavored liberally with cumin. I mixed some of Vij's garam masala into mayo and mixed it with chopped chicken and topped with fresh avocado. It's a perfect snack for afternoon tea.

French Made Bakery has just opened up just north of Number One Kingsway. I had sampled their canalés at Blim and tasted their macarons at the Farmer's market. Their logo is a little French maid without any eyes. That's okay. I painted a backdrop of Jesus holding a lamb for my grad and he didn't have a nose. 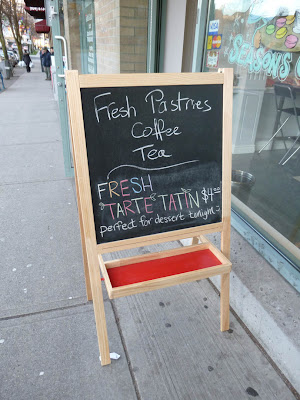 Speaking of the baby Jesus, during January the bakery is making a special seasonal French dessert celebrating Epiphany called "galette des rois". It's made of frangipane with a hint of rum and pastry cream in between flaky pastry. You can order it, complete with a bean cooked inside to represent the baby J. Down south in cajun country they will even put a ceramic baby in their version of galette des rois. Just don't chomp on Jesus! Of course, whoever nibbles on Jesus gets a prize or the answer to their prayer, whichever comes first. 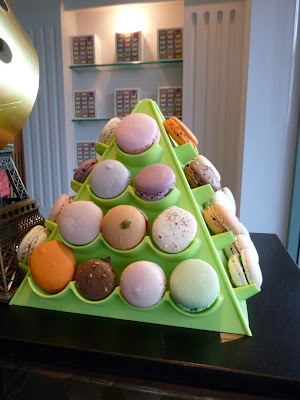 The salty caramel Breton macaron and the Earl Grey Anglais macaron are very toothsome and much more interesting than most macarons I've sampled which I find underwhelming. These two flavors are not too sweet and the caramel has a good salty chew in it's texture. 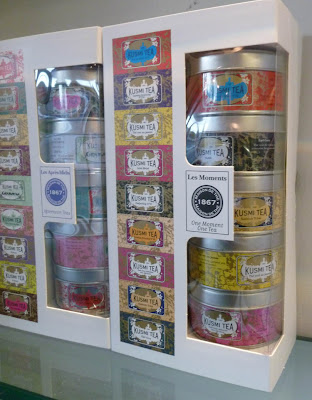 The shop also sells little brioche loaves, individual quiche, croissants and other treats. There are a few chairs to sit in and they sell Kusmi tea. Looks like they will also be participating in the hot chocolate festival, which is awesome!
Posted by Beespeaker at 4:26 PM