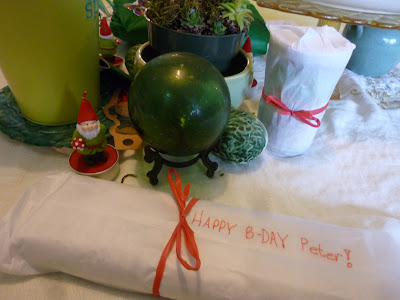 Peter's birthday is very close to Mother's day, which often creates a bit of a conflict. This year we decided to pool forces and celebrate both on the same day with a DIY sushi party, celebrating Peter as "a mother of invention." 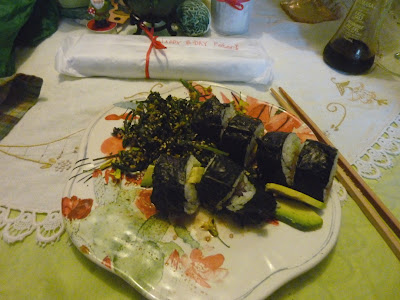 We invited some folks who are passionate about sushi and much better at making it than we are. This is a tricky way of inviting people for your house to make you dinner, but don't tell them that! 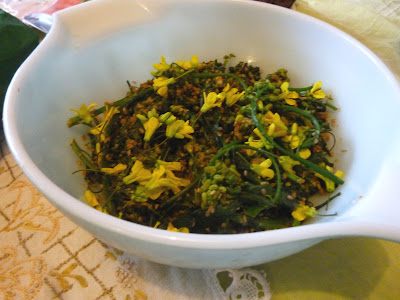 I made kale bud and blossom gomae, using the recipe from Sharon Hanna's The Book of Kale. I didn't have mirin, so I used some ice wine I'd been given that I use for cooking, not drinking. 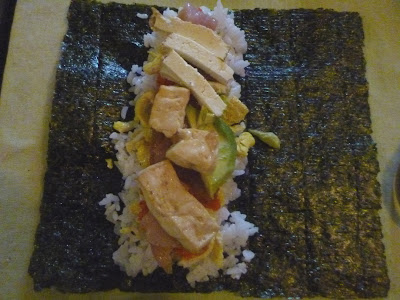 Jeremy knows how to make those big fat ocean rolls that I find a challenge. 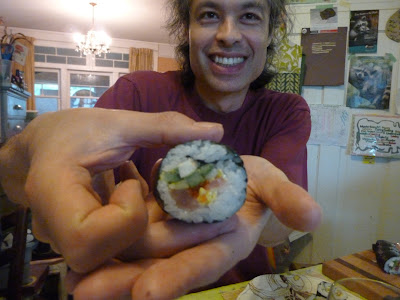 There's cucumber, tuna, tobiko and egg in his roll. I'm lucky if I can put two ingredients in my roll before it falls apart. 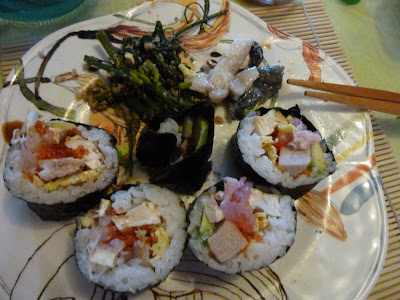 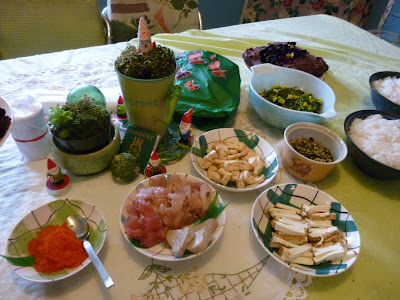 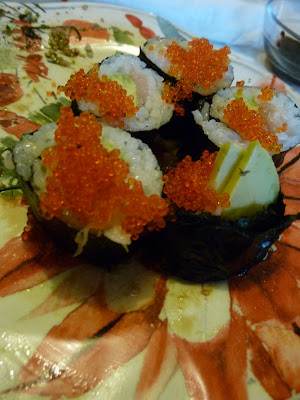 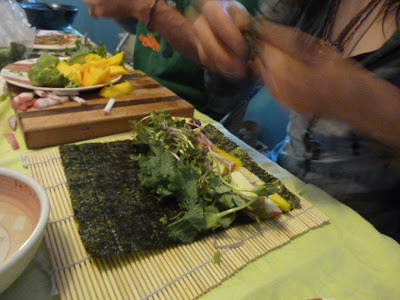 Next, we have Ali, who is a pro at making raw sushi with radish sprouts, mango, avocado tofu, and kale. 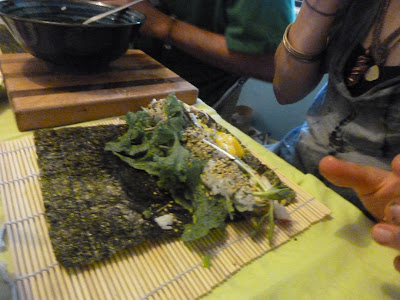 She also added the gomashio I also made from The Book of Kale. The Russian kale tends to shatter when you make kale chips, so this is a great way to use those small pieces. 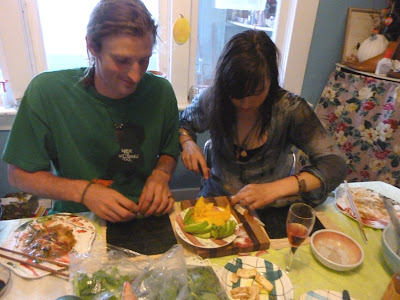 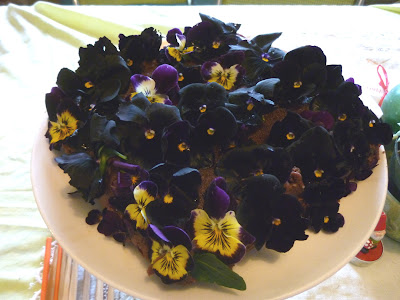 I made a vegan cake that uses vinegar and baking soda as a leavening agent. I used hibiscus tea in the batter and malt vinegar from Spinnaker's brew pub in Victoria. I made one version of the cake with buckwheat flour, but I think it needs some flax "eggs" in it to make it a bit more moist. The coconut truffle icing is coconut cream, coconut milk, cocoa and a bit of icing sugar. 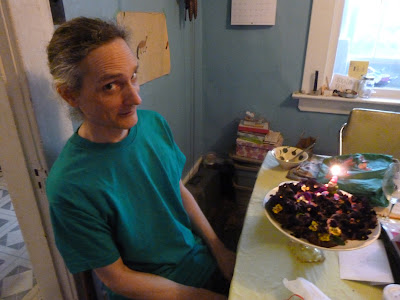 The birthday boy--my favorite garden gnome in the world! 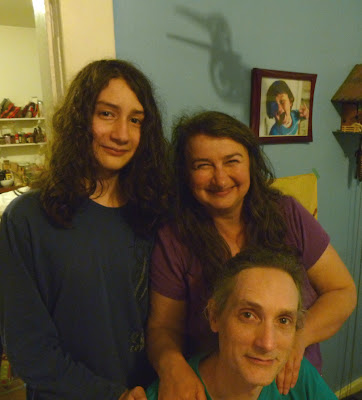 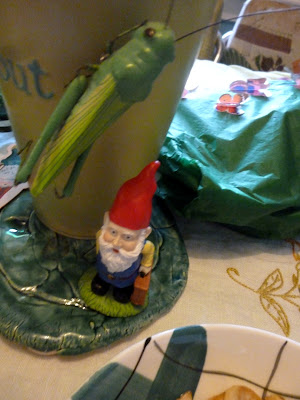 Happy Mother's Day to all you moms out there and to all the mothers (and fathers) of invention.
Posted by Beespeaker at 9:44 AM