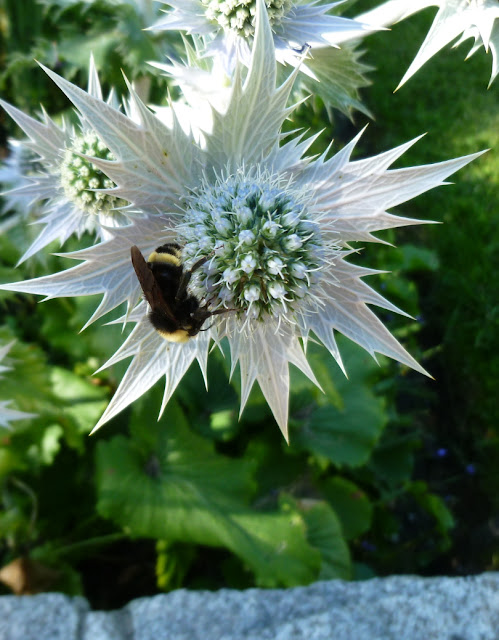 The Seed to Sky Garden Club organized a talk on small trees for gardens so I came early to do an evening bee safari at 6 p.m. Some plants benefit from the backlit glow of the setting sun, especially the aptly named. Mrs. Wilmot's Ghost. 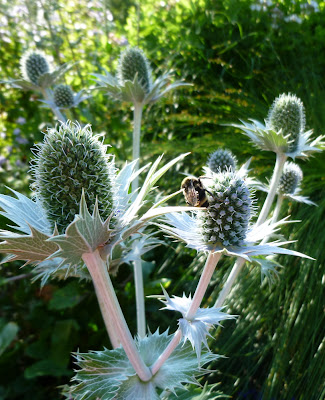 I am taking scads of photos of eryngium spp. these days because it is attracting a diversity of bees. However, since it's so late in the day, many of the little native bees are already in bed for the night. 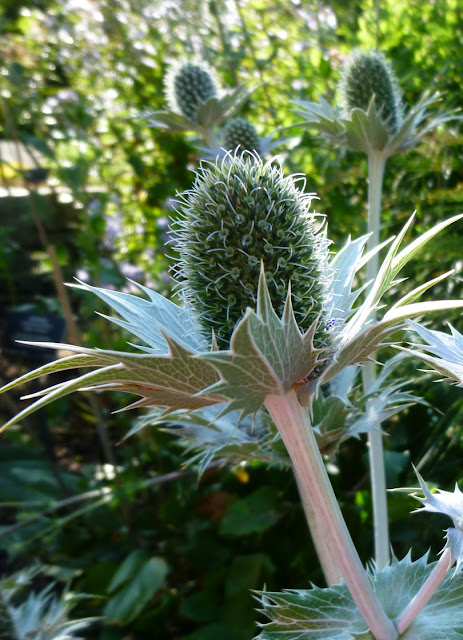 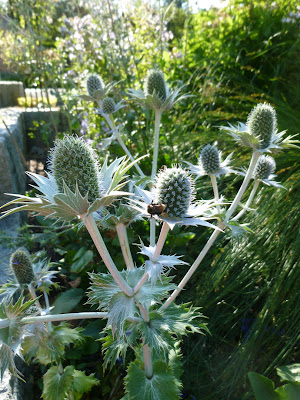 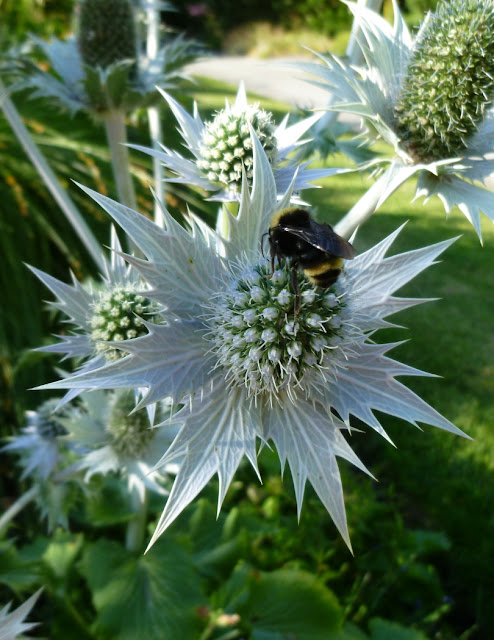 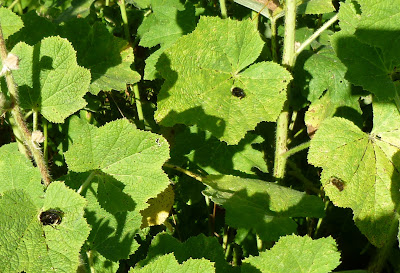 It was so sweet to see these three bumble bees hunkering down to spend the night on these sun-warmed holly hock leaves. 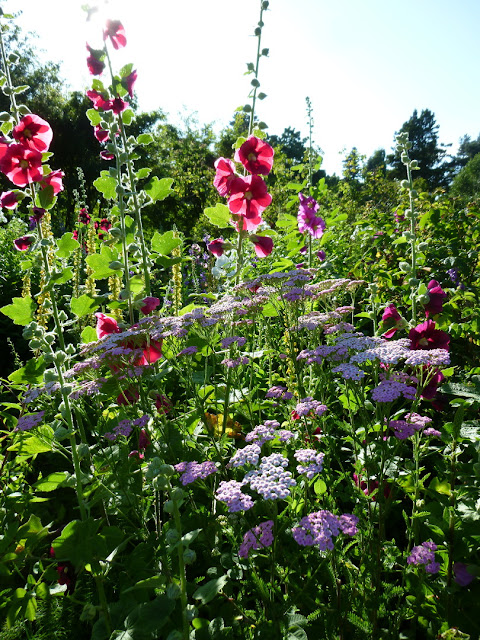 The heritage garden looks charming in the evening light. 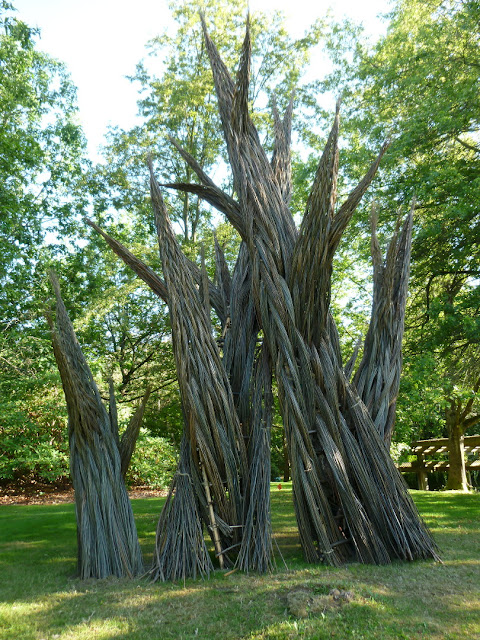 Alistair Hesseltine's imposing piece is now complete. It is all about the willow, but there is definitely intensely muscular and it integrates so well into the site, having been made right here. 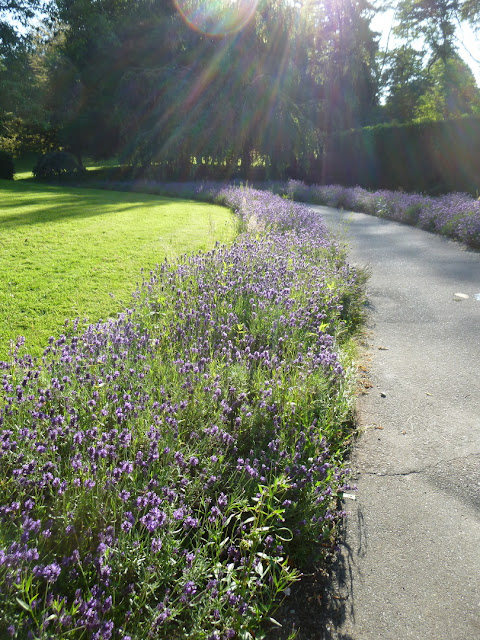 I took a stroll down the lavender walk which was full of bumble bees and honeybees catching the last bit of light. 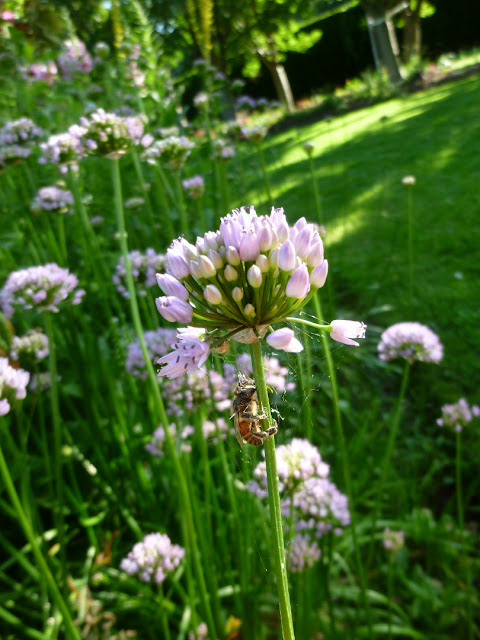 This bee is having its final rest. 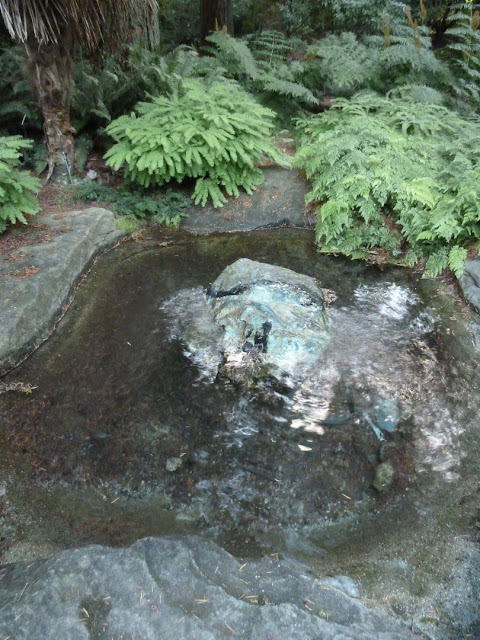 Sino-Himalayan Gardener Gerry Gibbons took us on a tour of the garden, hilighting some of the trees that would be small enough to work in a standard city lot. I don't know my trees very well, so I learned about the incredible diversity that is represented at the garden including oak trees that look nothing like other oaks.

A hawk soared right by our group which a keen birder identified as a female Cooper's hawk, adult. Gerry told us that her nest is in his part of the garden. The chicks have fledged, but are still demanding to be fed. On day she brought them a crow and the gardeners cheered. He also showed us a tiny Anna's hummingbird nest. The two babies have fledged, but she will probably use the nest again next year.

"This is an example of the best that you can do with an 18 hole golf course," Gerry said. Ain't it the truth.