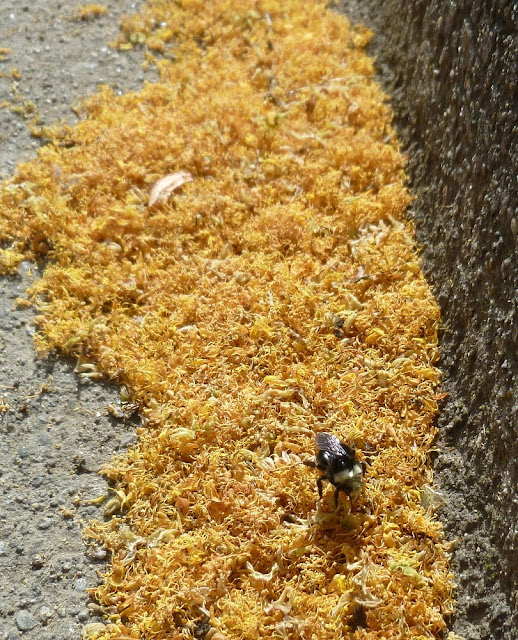 It was a stressful morning. I had to leave the house by nine, but everything was against me. I shook the dust out of my beekeeping suit, but I couldn't find one of my gloves. Bags and pots overturned. I put my bus tickets and all my bras in the wash. (Don't ask.) I couldn't find anything in the fridge to being for lunch and change for the bus was MIA. Finally, I just chucked some ice and cold tap water in a bottle and headed to a coffee shop to get a sandwich. (Yes, dear reader, it was closed.) However on the way there I was waylaid by a sight that I figured was a good excuse to be late for a hive inspection. The bees were swooning. 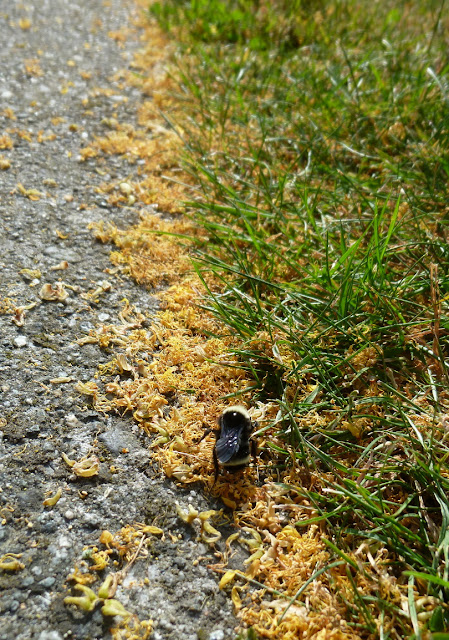 I came upon two cute little shaggy dogs on the sidewalk surrounded by bees. "What's this?" I wondered? Then I looked at the linden blossoms that had fallen from the trees and dried in drifts of golden yellow. It was swarming with bumble bees. Everywhere I looked bees were frantically sifting through the blossoms. It was a frenzy. The dog owner was sitting on the nearby apartment stoop. "The bees have been doing that for two days," he said. 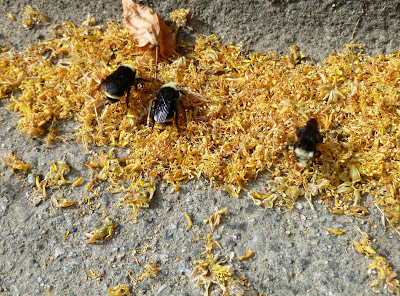 It seemed as though the hot muggy weather had released the essential oils in the blossoms and it was driving them around the bend. One bee was frantically sticking her tongue in a blossom that had not yet dried up. I snapped these photos and then I hopped on the number three bus down the hill. I was eager to share my story with the other bee nerds I was meeting. 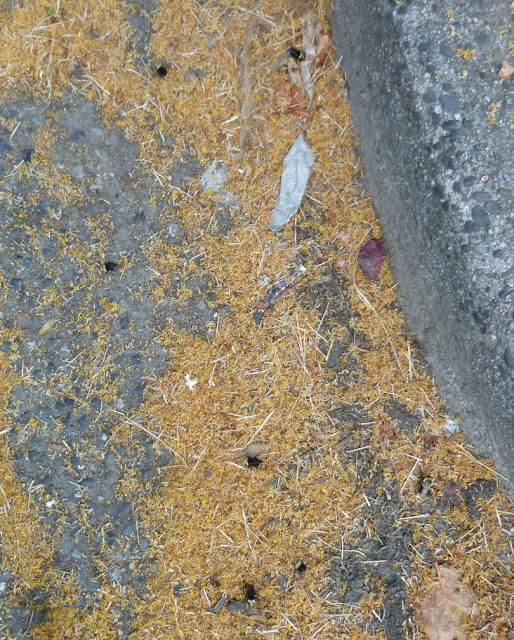 After the hive inspection I came home by way of the linden trees. There were no frenzied bees, but dotted here and there was the occasional dead bumble bee and one honey bee. I looked at the leaves on the trees and then I realized these were the silver lindens, Tilia Tomentosa, that are reported to be toxic to bees. The bottom branches had been pruned up so high that I had failed to distinguish them from the other lindens. I had been watching a silver linden around the corner for days, looking for dead bees, but everything there was hunky dory and the foraging honey bees and bumble bees were very much alive. 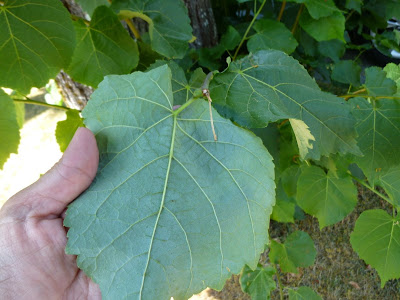 So the mystery deepens . . . . What is it about these lindens that causes some bees to dance to their death? Are the older bees the ones who succumb to a linden swoon? 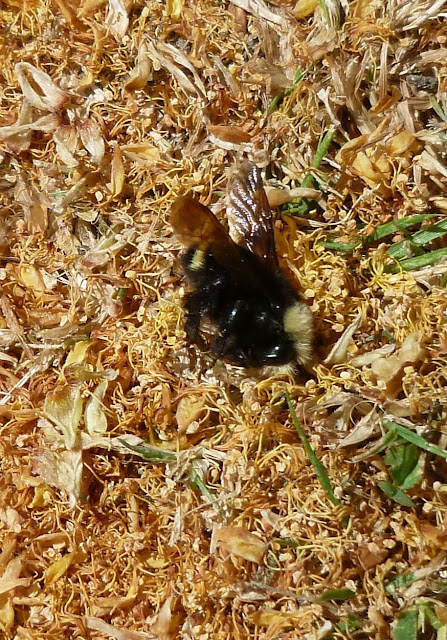 If you look at the wings of the dead honeybee you'll see they are quite ragged, so she was probably on her last legs. Did she experience an alternative reality under the influence of the linden blossoms? Was it a beautiful way to die? 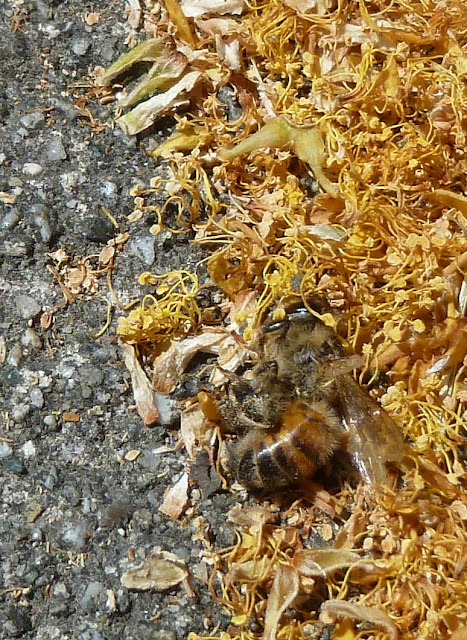 Posted by Beespeaker at 6:09 PM