Join the Slofemists this Saturday at the Strathcona Fieldhouse! 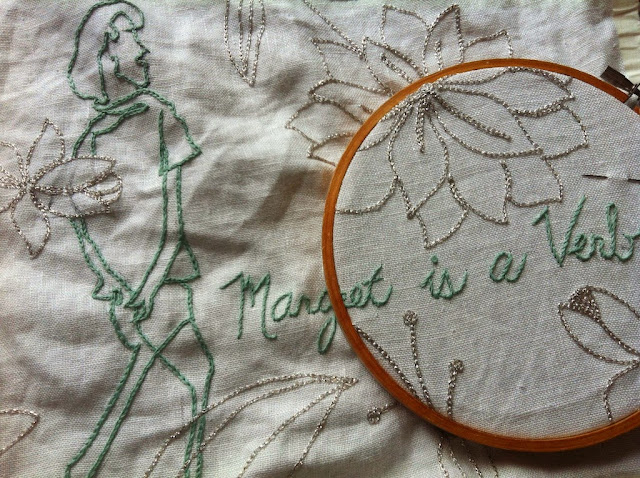 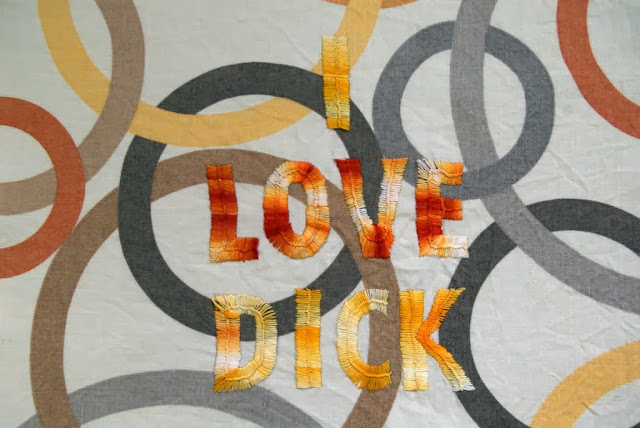 Lois Klassen and Lori Weidenhammer invite you to be a part of Slofemists, a long-run artists' project that offers the unhurried production of feminisms. Join in the Slofemists embroidery circle at Strathcona Field House on November 30 from 1-3pm. Participants should bring a feminist story that has inspired them to share, in exchange for a take-home feminist embroidery pattern. Supplies for an afternoon of feminist embroidery will be provided. Embroidered linen patches from Slofemists events will eventually form a composite patchwork that will be used as a couch cover or Slofa - a prop to designate a mobile space for dialogue and performance. Slofemists has been presented at the Surface Design Association of Alberta at the John Snow House in Calgary (October 2013).

Lois Klassen is an artist and writer based in Vancouver. She is interested in participatory art in the city and the social life of crafts. Her on-going social sewing project is documented at comforterartaction.org.

Lori Weidenhammer is a performance-based eco-feminist artist and educator. She prefers to make art in “galleries without walls”, i.e. gardens. She is part of the Second Site Collective and a founding member of the Slofemists. She blogs at www.beespeakersaijiki.blogspot.ca.

Klassen and Weidenhammer are past collaborators in the Means of Production Artists Raw Resource Collective (with Sharon Kallis, 2009) and CornerFarm: Repurposed Planters for Avant Gardeners (2008). Lori and Lois have collaborated on a number of projects concerning ecology and sustainable lifestyles.

Posted by Beespeaker at 8:24 PM