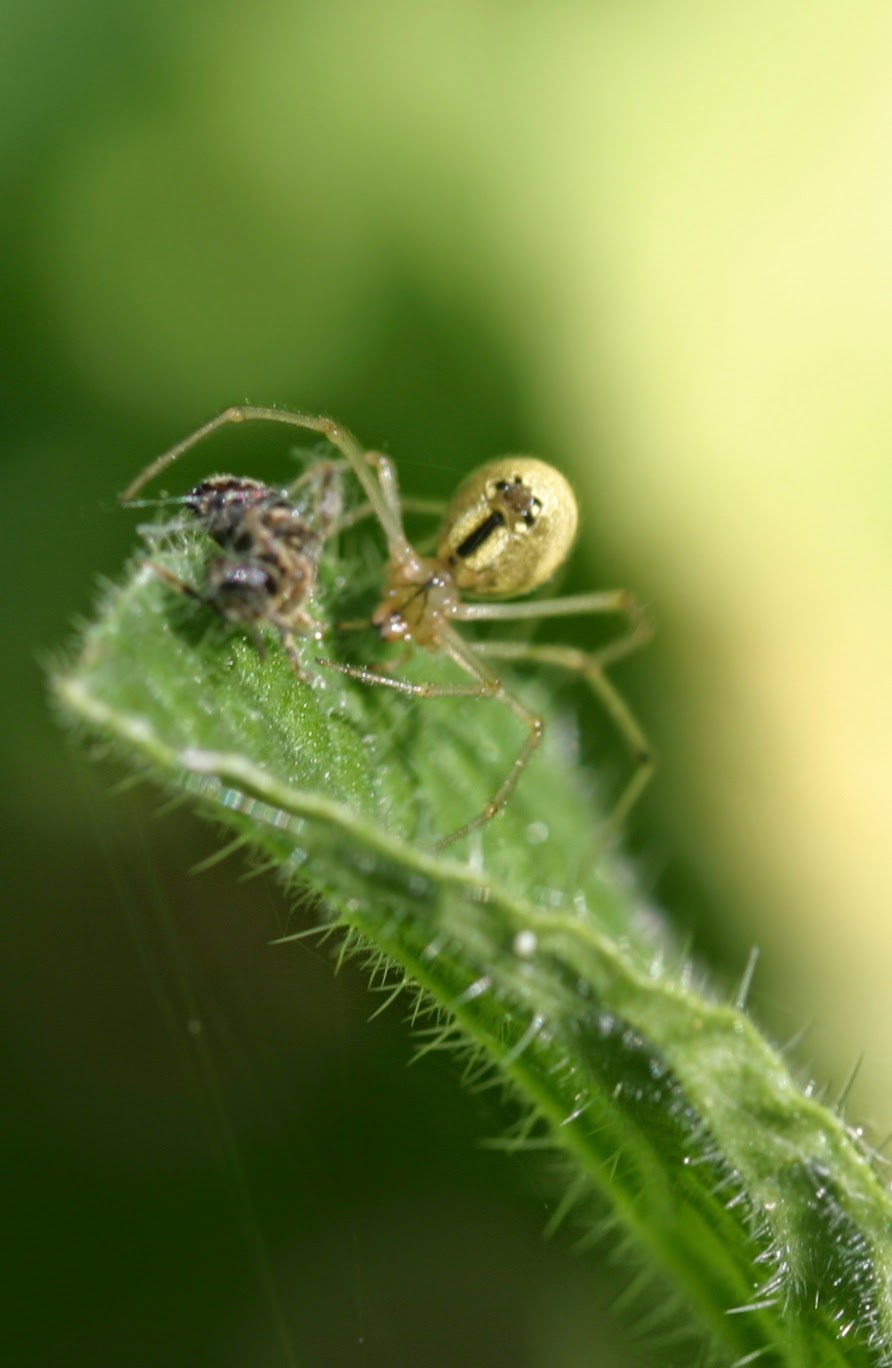 Inspired by Sean McCann's talk and workshop at Moberly Arts and Cultural Centre on photographing insects in the garden, I decided to focus on insects other than bees and shoot in the light of the setting sun. I set up to photograph a spider, and guess what she caught? 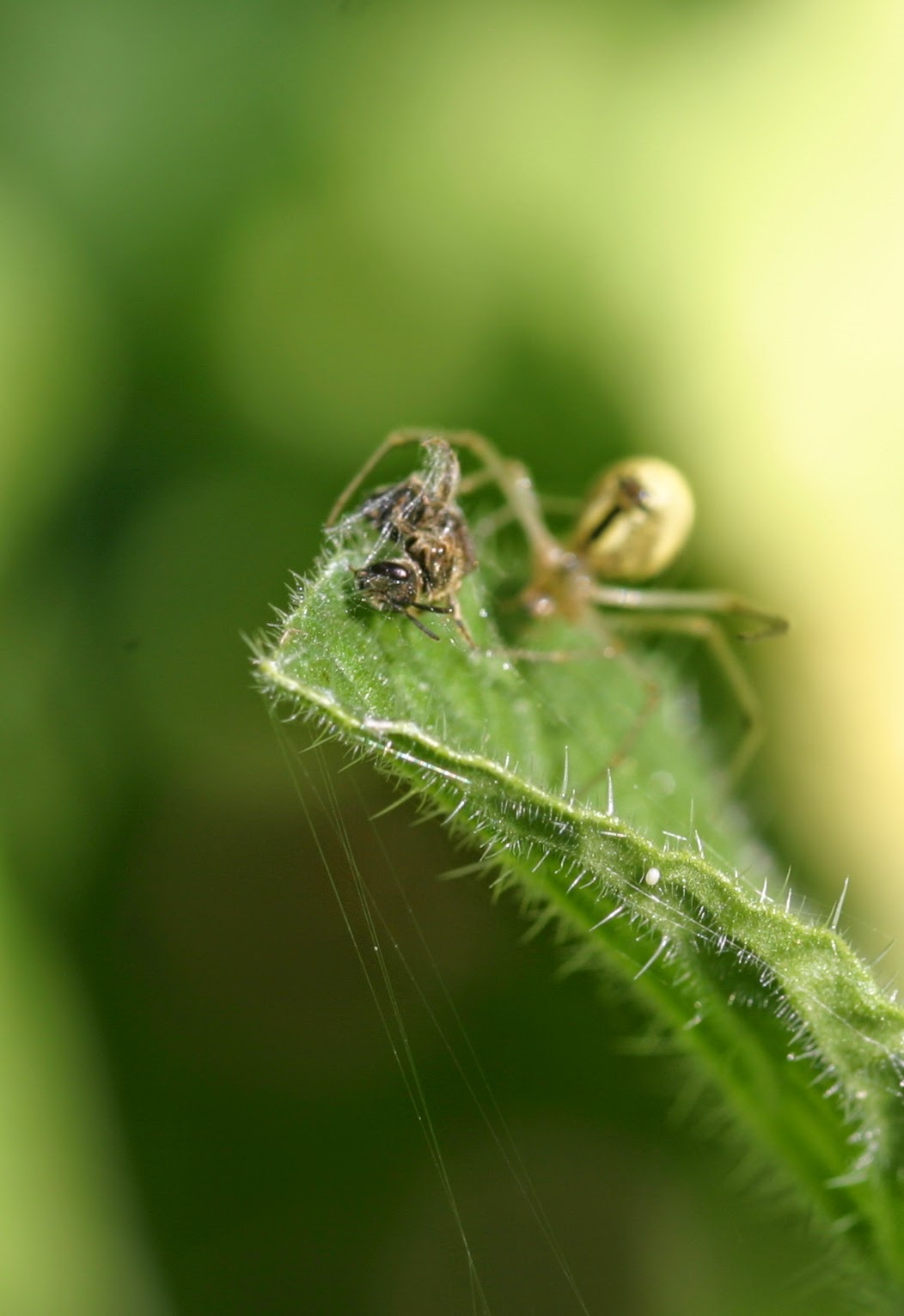 A wee bee. Her victim was struggling as the spider deftly wrapped her in sticky webs. "If you won't come to my web, I'll bring it to you." She was a very shy spider and hid when my shadow covered the borage leaf. Her markings made her look like she had one fierce eye, which is why I've nicknamed her the tiny cyclops spider. If you look at the first photo closely, you can see she's marked with a peace symbol--how deceptive! 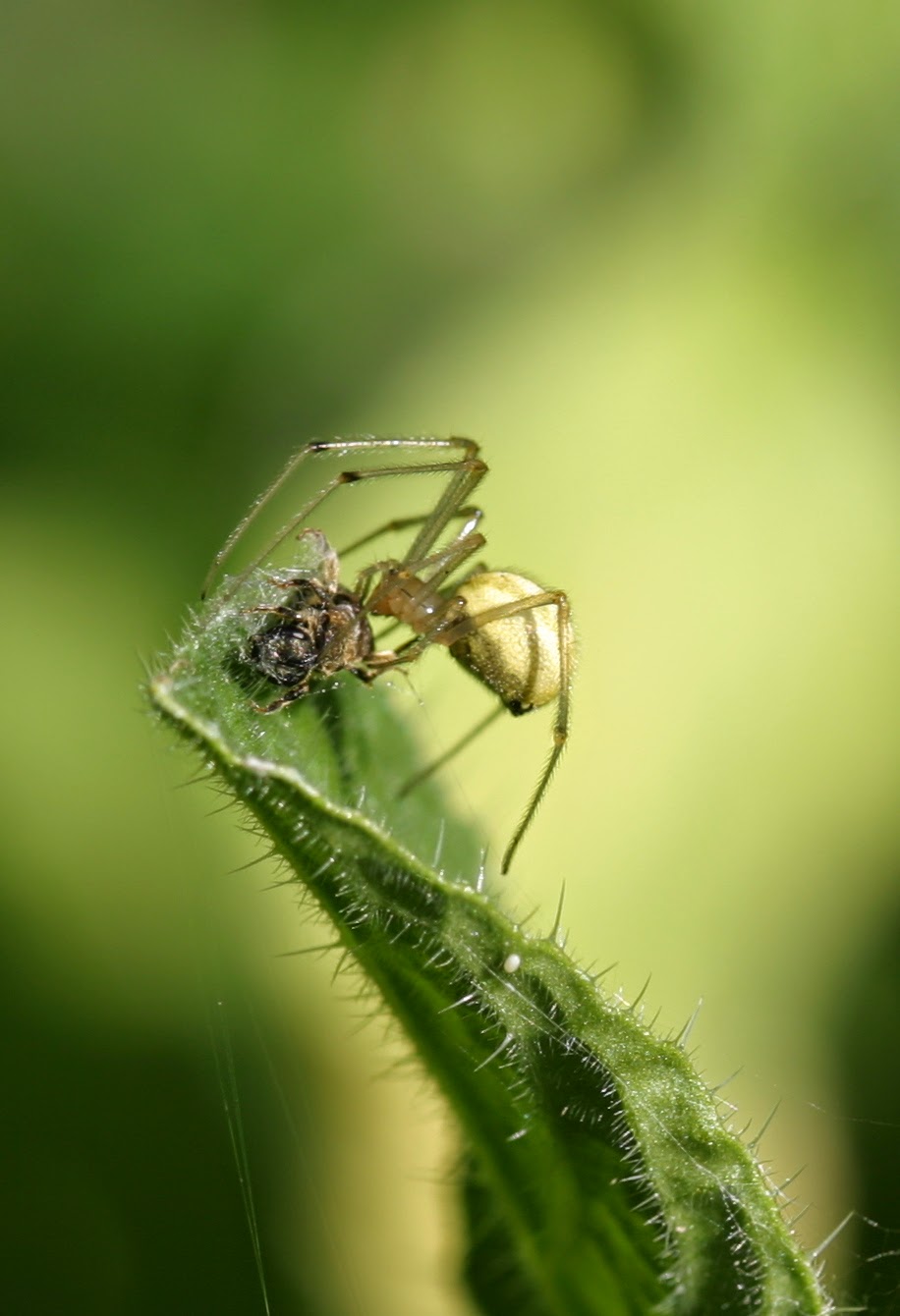 And then she went in for the kill, paralyzing the bee with venom. The bee struggled and then stopped. Competition among garden insects is fierce right now. What drama can you find in your back yard?

I've just noticed there is a tiny ivory egg on the side of the borage leaf.

ETA: Bug Eric has identified the spider as an introduced species from Europe called the spider is Enoplognatha ovata. Be sure to check out Eric's blog and his new forum.
Posted by Beespeaker at 6:47 PM