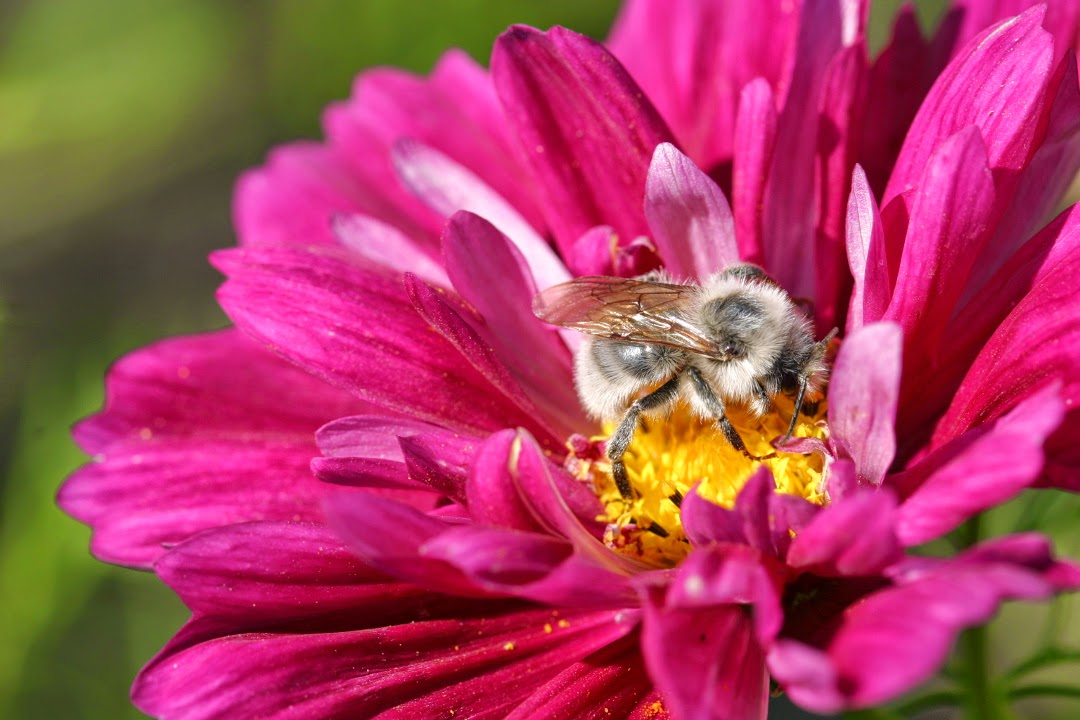 My friend Jasna and I visited Loutet farm and Jerry's garden to do some bee watching and we saw some lovelies, including this male bumblebee--the lightest greyest bumblebee I have ever seen. I think he's a newborn bee. 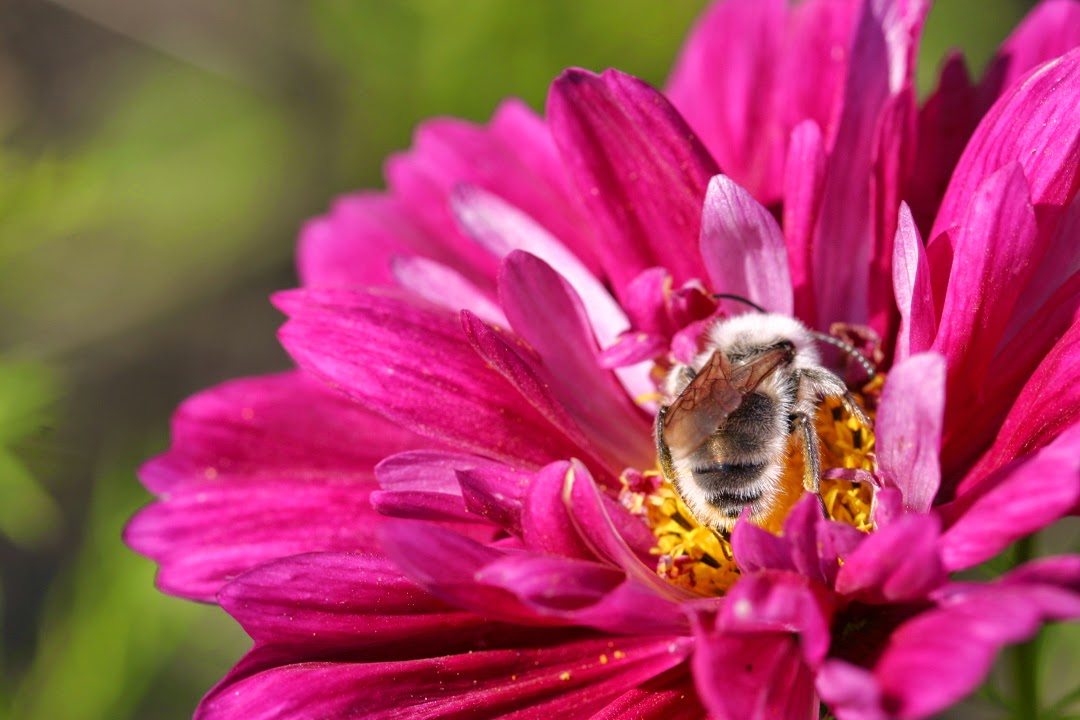 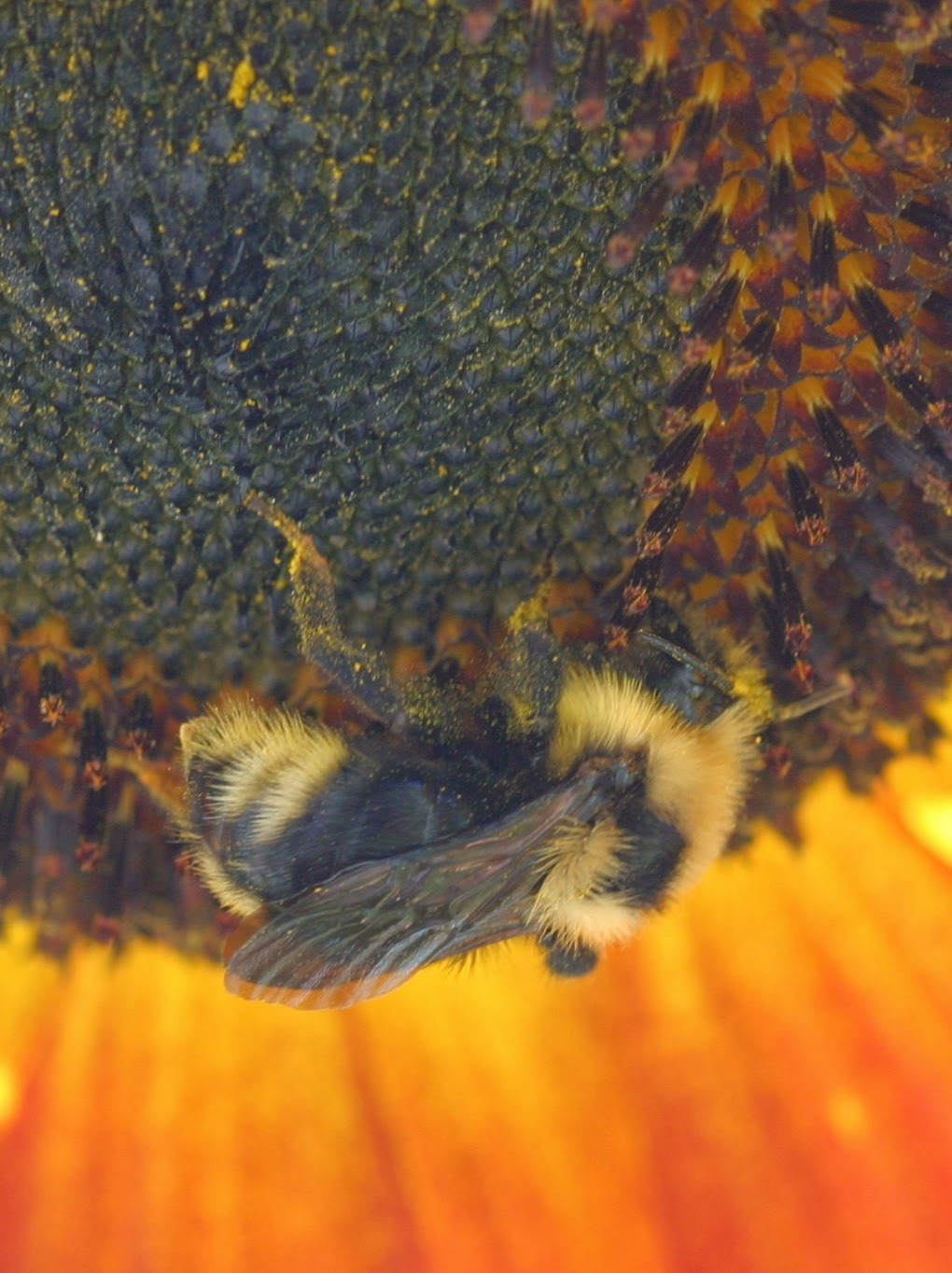 Later we spotted a beautiful large queen which may be his mother. She was very blonde, very calm and methodical, sipping each floret in this sunflower. I think she's a Bombus flavifrons dimidiatis. 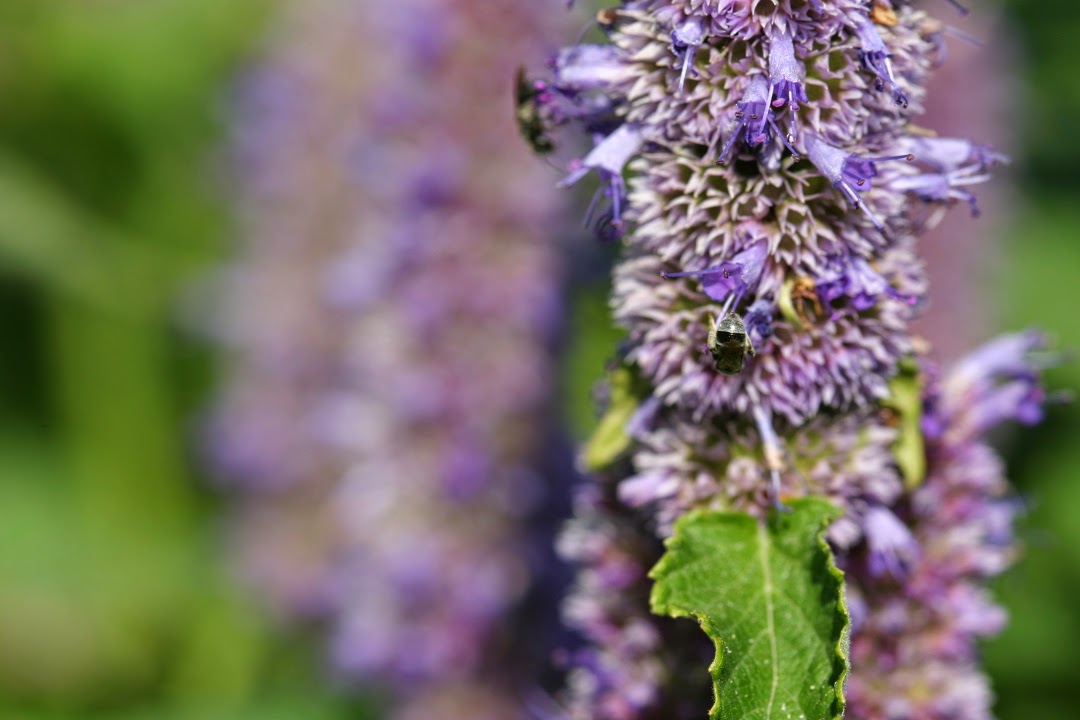 I was happy to see some of the tiny bees in the anise hyssop, which gives me even more reason to recommend it as a great bee plant. 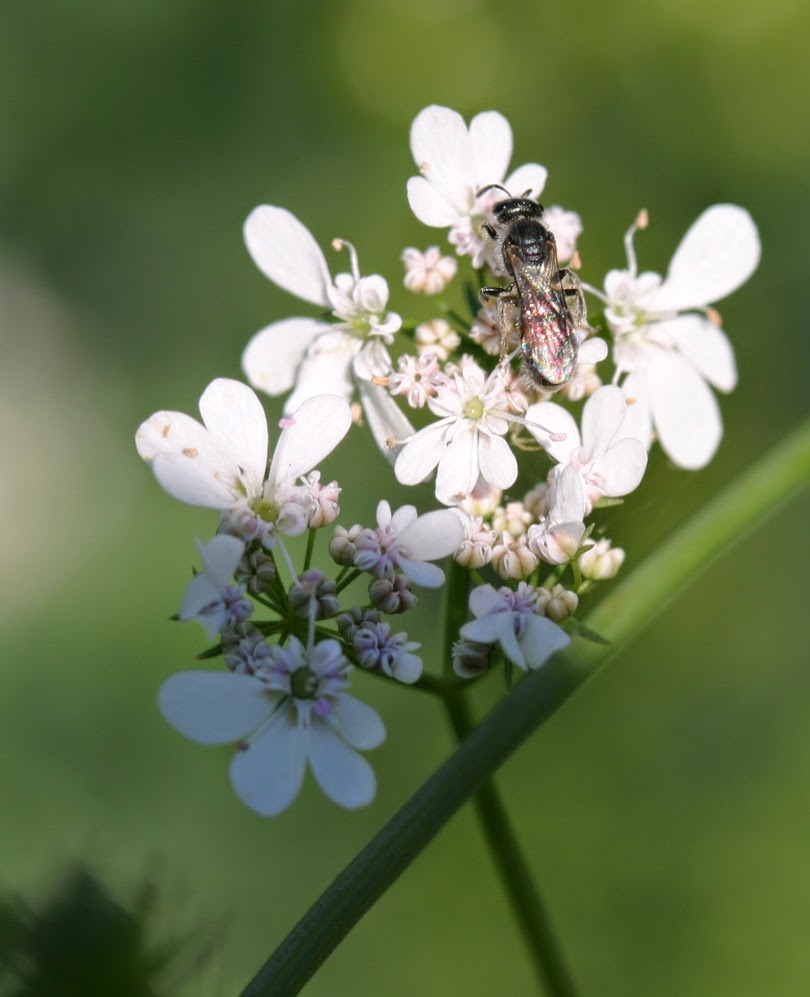 The cilantro blossoms were covered in little bees. 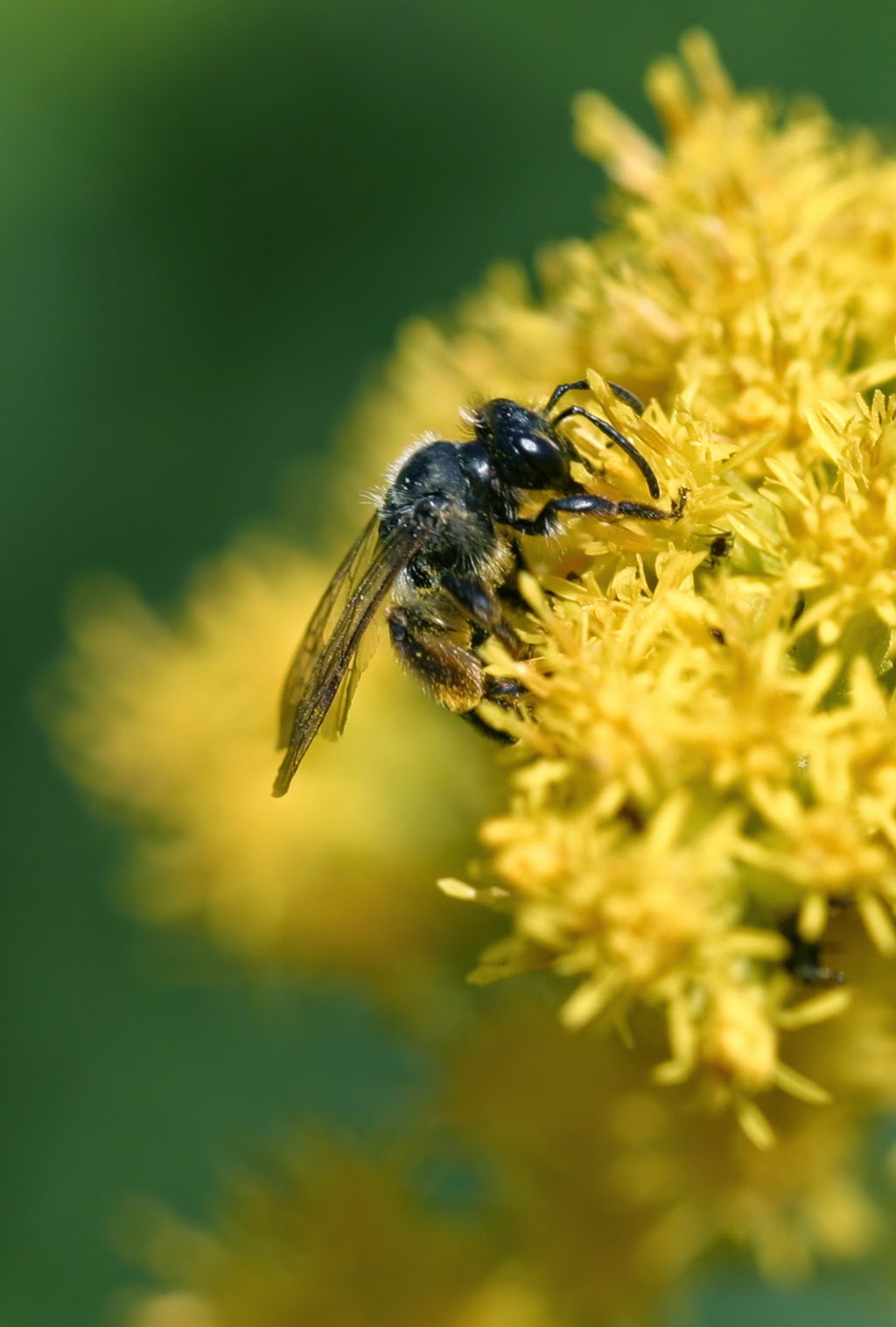 The goldenrod hosted the most variety of insects. 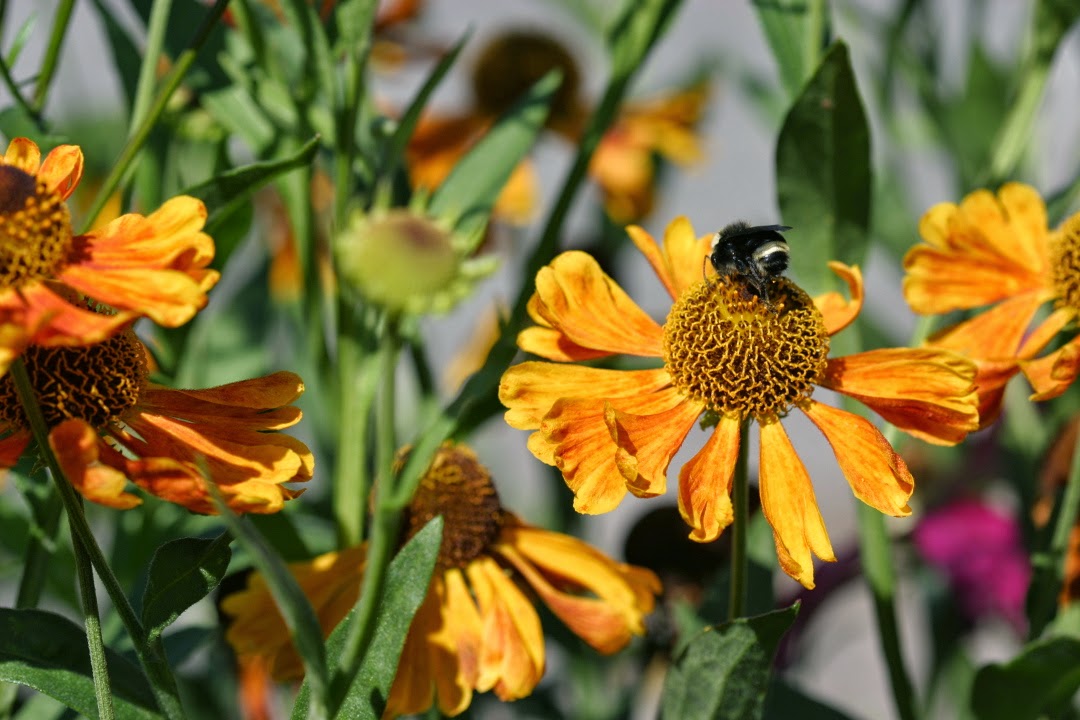 I have a lot of time for Sneezeweed. 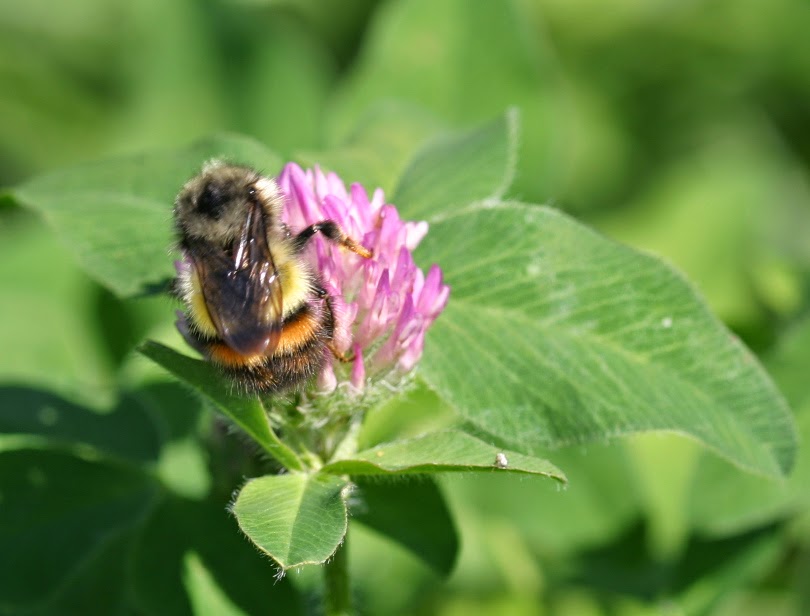 This is more like the B. flavifrons I'm used to seeing, more specifically B. flavifrons flavrifrons. (Try saying that ten times in a row.)
Posted by Beespeaker at 6:49 PM