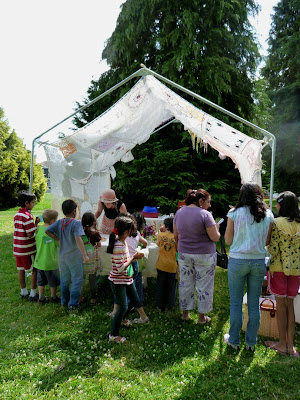 As a wrap up celebration of MOPARRC's residency at the Moberly Community Herb Garden in east Vancouver, we held a community tea party with music by the Legion of Flying Monkeys Horn Orchestra. We had teas Sharon Kallis made from herbs in the garden and traditional chai made by Mohinder. 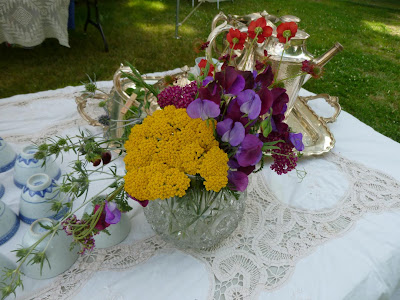 Sharon has a silver tea service for these special occasions and she has made this beautiful tent out of doilies and embroidered linens. 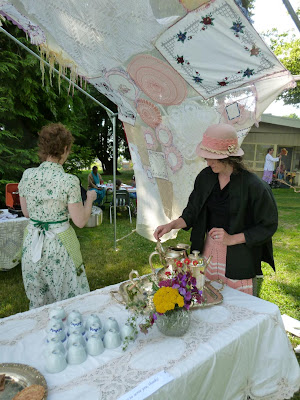 Sharon and Jody keep the teas steeping and the cookies flowing. 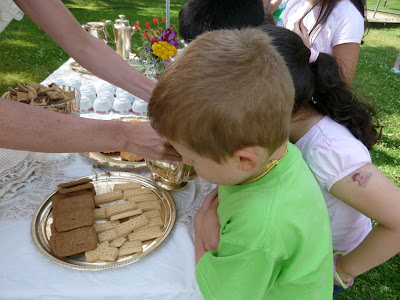 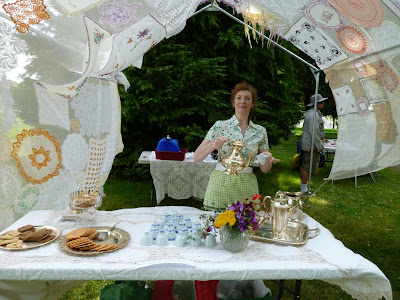 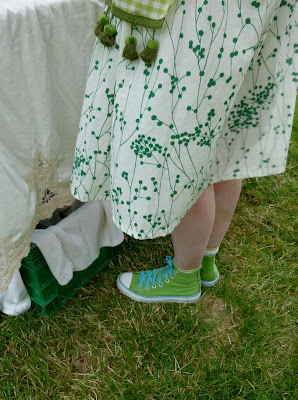 I always have to take a photo of her funky matching shoes! 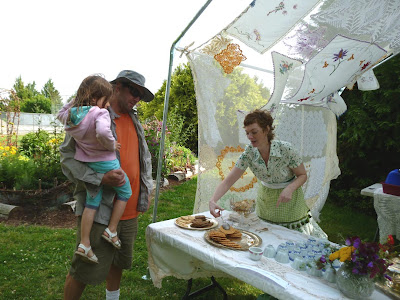 The weather turned a touch cool and windy, but it was almost perfect for the occasion. Families played in the park while they drank tea and listened to the music. Some of the children had worked with David Gowman that afternoon to make rhythm sticks and they joined in a couple of the songs. 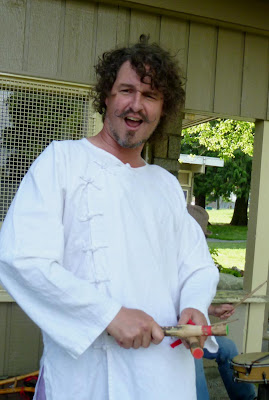 And here are those Monkeys! Not THE Monkeys--OUR Monkeys. 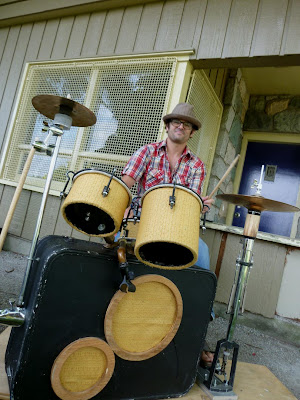 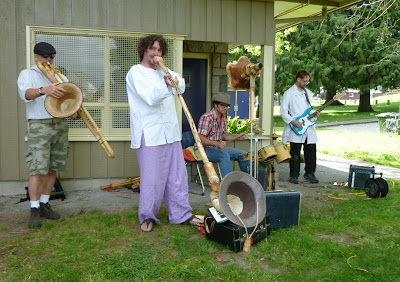 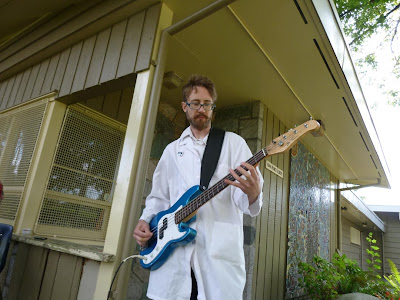 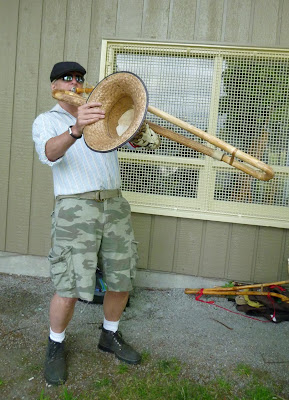 At my table, I showed how to make infused honeys and shared a recipe and method developed by Danielle Charles on her lovely blog called The Teacup Chronicles. For details on how to infuse honey with herbs and flowers, check out her post here. The infused honeys were very popular and accessible enough that many people said they were going to try it at home using plants from their gardens. 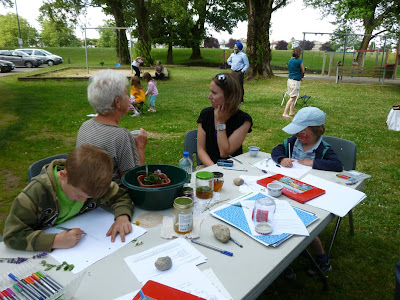 I also encouraged people to draw the recipes, or at least have a go at drawing some of the herbs in the garden. 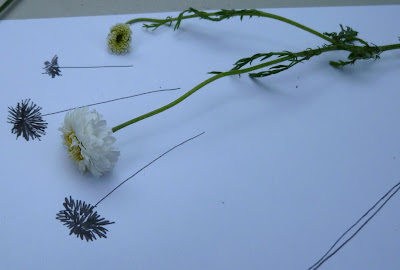 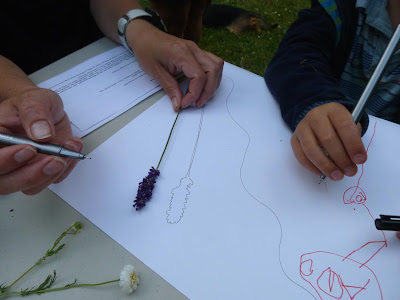 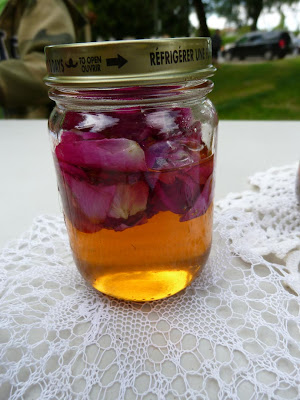 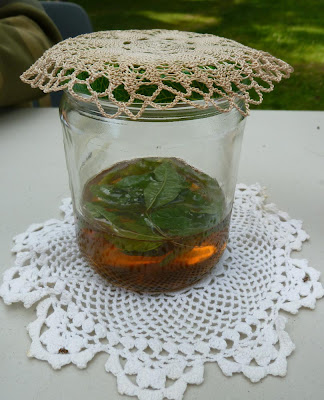 and lavender honey. I wanted some people to try their hand at illustrating herbal recipes. One girl did a great job and even translated the recipe into Spanish! 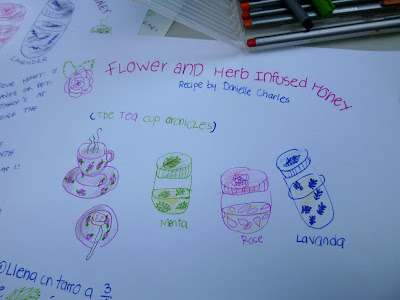 Of course she did a much better job than me at illustrating the recipe! 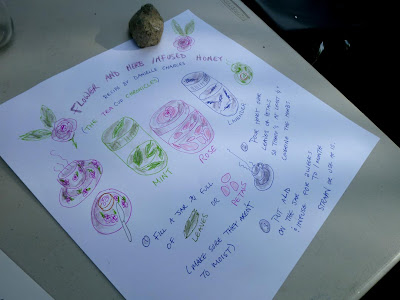 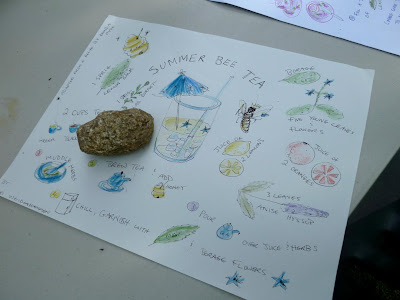 I took some people on a tour of the garden to chat about the herbs and help them identify the ones they were interested in learning about. 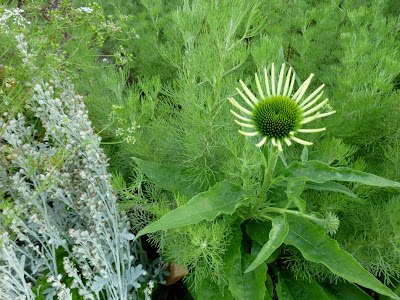 The echinacea is popping up in several parts of the garden. 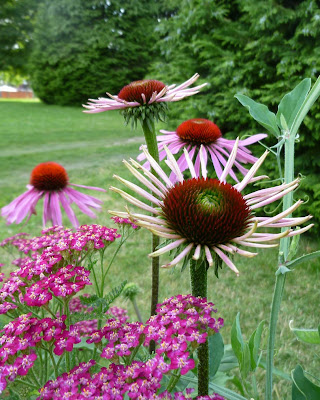 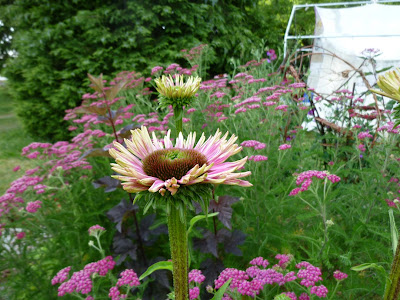 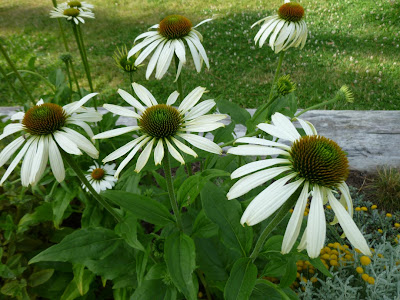 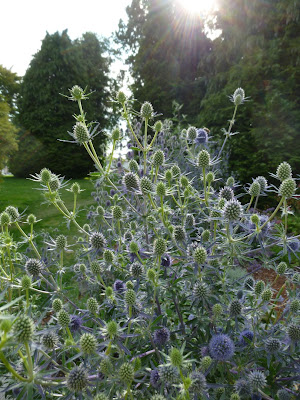 Thanks so much to Cyndy Chwelos for creating the garden and inviting us into this residency and to Aimee Taylor who was also a part of the Cultivating Connections residency and helped create the Moberly Community Herb Garden. Thanks to all the folks who came out and participated. Happy Gardening!
Posted by Beespeaker at 8:48 PM