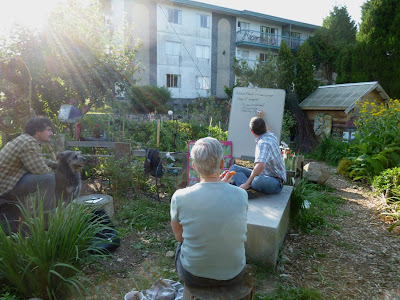 This past Thursday evening as the August sun was creating patterns of shadown in the MOP Garden, we had the final talk in a series created between MOPARRC and Evergreen. The speaker was Andrew Appleton, who is the Regional Project Manager of Evergreen in Vancouver. Evergreen is an organization that creates, supports and implements urban greening projects and school greening projects. Andrew has years of experience ripping out invasive species and planting native plants in areas such as Jericho Park, and Still Creek in the Grandview cut. He gave us some great advice on which native plants good to plant inVancouver and how to deal with some of those nasty invasive species in our gardens. 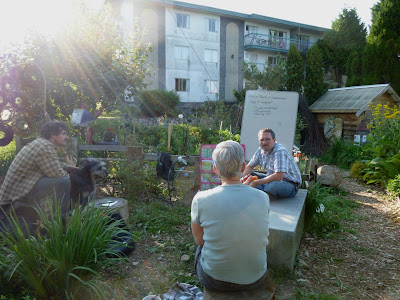 First of all, Andrew explained that it takes about three years to establish many native plants. In the first years they may look less than robust, but you just have to have patience and faith that they will eventually look healthy. Of course, you have to match the plant with the right location in your garden, and sometimes even a couple of feet can make all the difference. Evergreen seeks to plant small areas with a diversity of species, a community of plants that work well together to promote biodiversity. 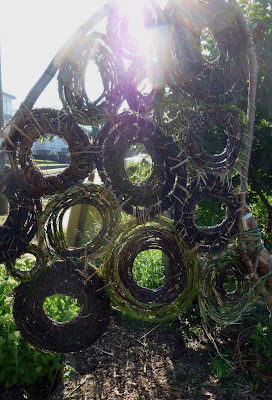 With the help of volunteers from the community they install shade plants, flowers and berries, bushes and trees. Some favorites include Red Flowering Currant (be sure you get the native Ribes sanguineum as the nurseries will only have cultivars in stock), Mock Orange (Philadelphus lewisii), Pacific Ninebark (Physocarpus capitatus), Oval Leaf Blueberries, Red Osier Dogwood, Rosa nutkana and bald-hipped roses (Rosa gymnocarpa). The three most popular ground covers are Fringe Cup (Tellumia), Piggy Back Plant (Tolmea) and Foam Flower (Tiarella). 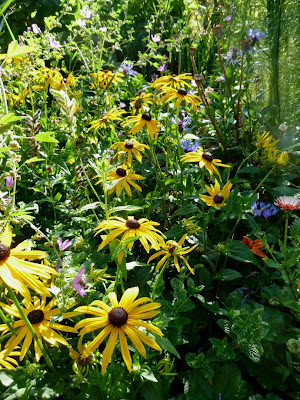 For some of the troublesome invasive plants such as lamium and goutweed, Andrew recommends putting down sheet mulch--cardboard or paper and bark mulch and digging right through those layers to do your planting. Some of the more tenacious plants like broom require special treatment--removal with root wrenches and vigilant removal of any seedlings because the seeds are viable for up to 30 years. One of the plants that was just declared a noxious weed is yellow flag iris, a European transplant that colonizes bogs with its huge root systems. Evergreen holds work parties where volunteers don rubber boots and dig out the iris rhizomes. 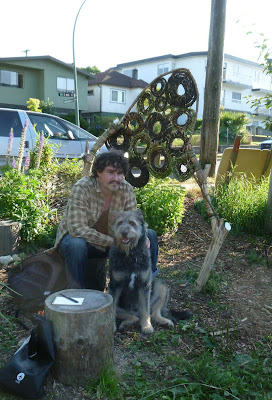 Once native plants are established they require less water and care than exotic plants and they support the native birds, insects and specific pollinators. Urban environments often contain a variety of cultivars which often contribute to biodiversity, but a wide variety of native plants makes for healthier city ecosystems. Climate changes mean that Andrew keeps an eye on the micro-climates Evergreen targets for their restoration projects. He says they no longer plant Red Cedar, our provincial tree because it has become generally too dry to have a successful survival rate here. Andrew also took a look at the native garden at the MOP. One plant that he says is not doing too well because it needs more water is our elderberry tree but our Arbutus tree and Ocean Spray (holodiscus) are thriving. 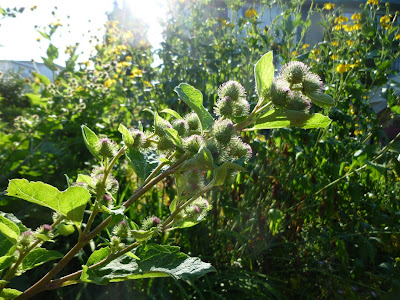 Evergreen works with the community and they are always looking for volunteers. They also work with offices and businesses to create team-building exercises with their urban greening projects. If you are interesting in helping out, check out the Evergreen BC web site. The best way to get a free education is to volunteer. It's good exercise and you can think of it as a form of horticultural therapy! Evergreen supplies the tools and snacks. In fact you can come to Jericho Park this Sunday (August 13) to lend a hand from 9 am to noon. 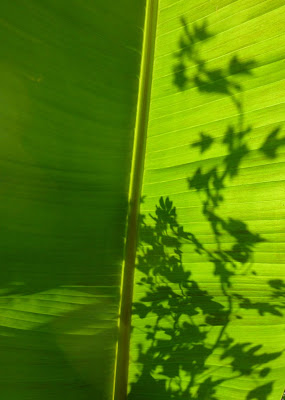 Posted by Beespeaker at 4:31 PM