Strawflowers and Dandelions at UBC Farm 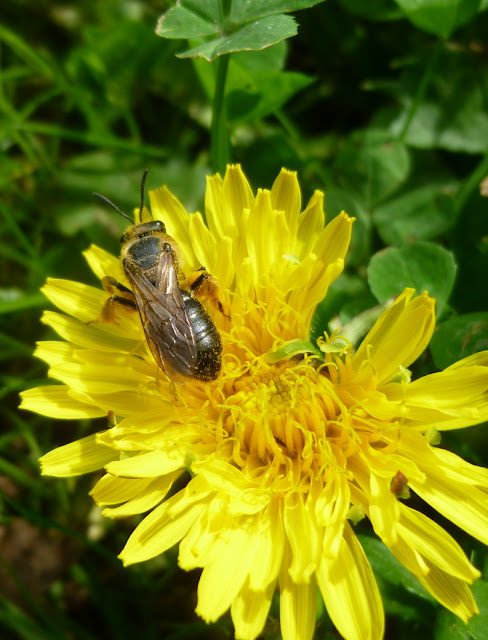 I was talking to some permaculture students at UBC Farm yesterday and someone asked a very good question. "As cities ban pesticides, are they actually better places to raise bees than in agricultural areas?" In terms of biodiversity, cities do have areas that are good forage for a variety of native bees as well as imported honeybees. In fact, I just found a study done in 2004 evaluating bee habitat in Vancouver: Bee Diversity and abundance in an urban setting by Thomassi, Miro, Higo and Winston.  It is an excellent read.

One of the flowers that the researches found supported the highest diversity of bees was the lowly dandelion (Taraxacum officinales). As I walked around UBC Farm yesterday, I did find that this plant was the one that I observed supported the sweat and mining bees as well as the honey and bumble bees. In spite of all those fancy flowers grown for weddings and other occasions, the dandelion took home the prize for best in diversity. The false dandelion came in on top as well, as did a flower I never expected to advocate as a bee plant--the straw flower. 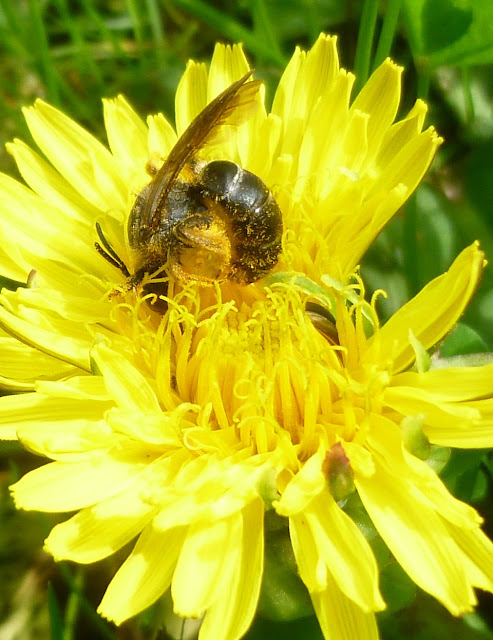 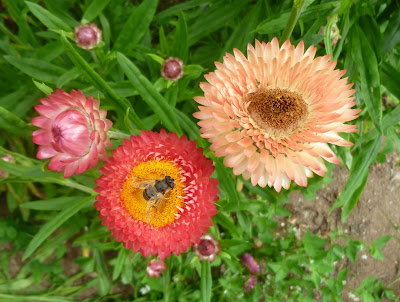 Straw flowers are much loved by fall floral arrangers because of the variety bright colors and the fact that they retain their colors when they dry. The petals are papery and dry just like straw. Now when I see pink flowers like this I expect the flower to be a butterfly plant, but that big lush pad of pollen in the middle obviously makes several insects quite happy. 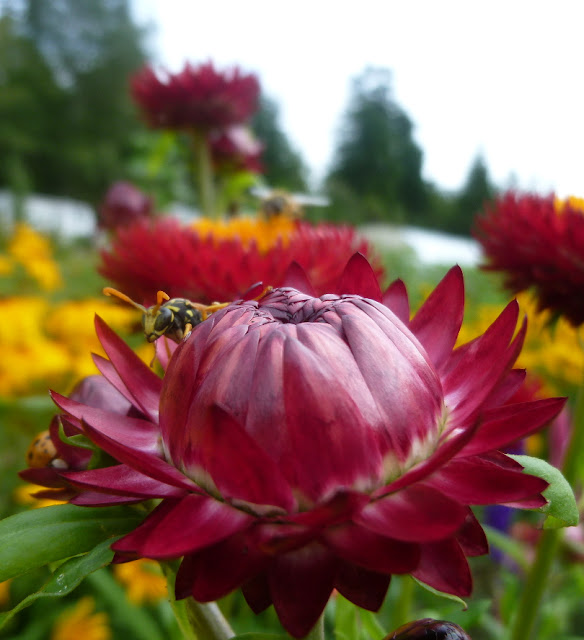 The wasps were more interested in little insects that might be hiding between the petals of the plant. 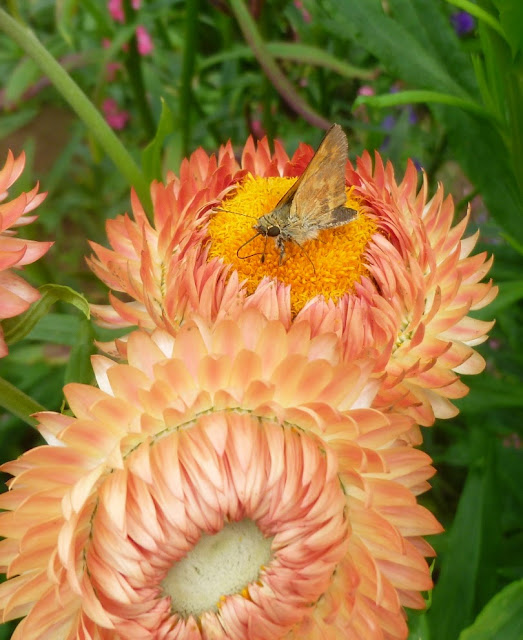 There's got to be some nectar in there as this skipper appears to be filling up the tank, so to speak. 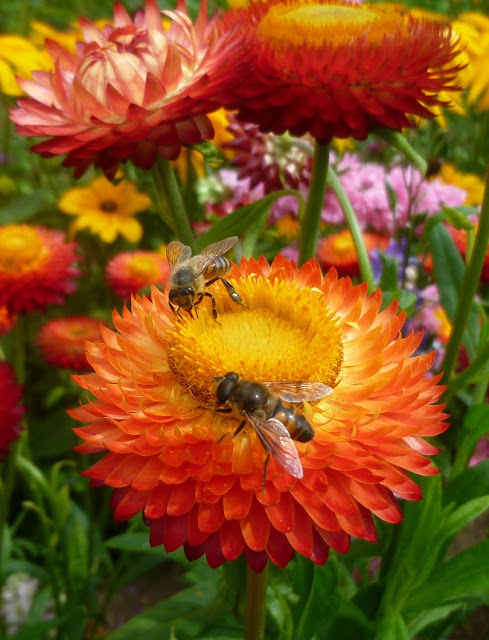 This photo shows a photo of a honeybee next to a syphid fly so you can compare and contrast. 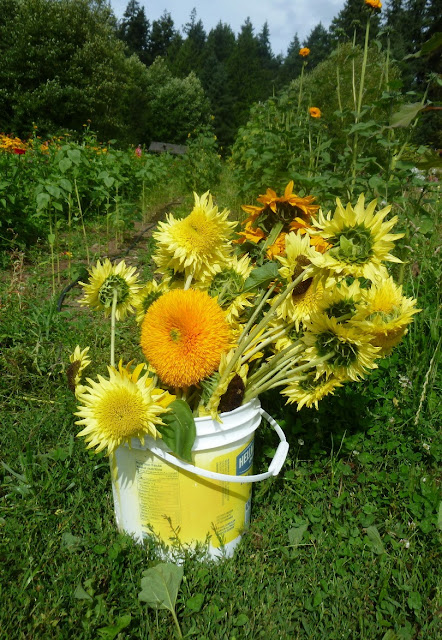 Here is another illustration of frilly flowers that have been bred so that there is no pollen--the Teddy Bear Sunflower. 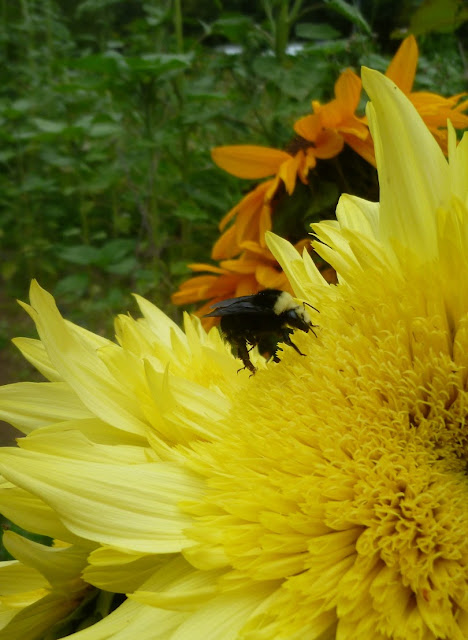 The students spotted this bumble bee queen on one of the fluffy sunflowers and I thought she was sipping, but she was grooming. You can see here her tongue is retracted. She's not feeding on this plant, just using it as furniture, which is about all its good for.