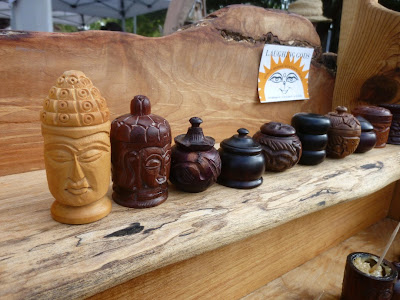 When I was at the Saltspring Island Saturday market I sampled some poplar salve from a company called Laughing Gods. The little pots are charming an a bit mysterious, like something out of a magical tale. I tried a little bit on my wrist and I found myself transported into the inside of a honey shed. In another moment then I traveled in my imagination to the inside of a beehive, warm and sweet in the summer sun, heavy with the scent of wax and propolis. I had to have some of this beautiful balm. I was delighted to find that each salve comes in a beautiful handmade wooden pot and was able to choose from several custom made designs. The two artisans gather the buds themselves from local cottonwood trees. 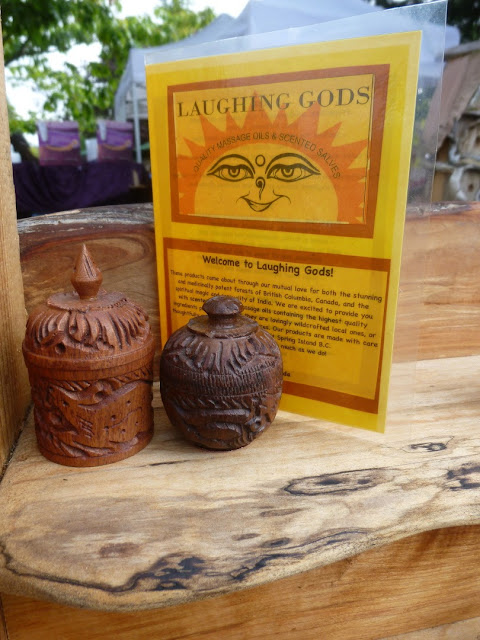 I have been trying to find out exactly which plants bees harvest resins to make propolis as it is very important to hive health. The one tree that is cited most often is the poplar tree, especially in Europe, where the apis melifera originated. There are three poplar trees native to BC: The trembling aspen, (Populus tremuoides), the balsam poplar (Populus balsamifera spp. balsamifera) and black cottonwood (Populus balsamifera spp trichocarpa). The latter two are the largest of the broadleaf trees in BC. The black cottonwood is found west of the Rocky Mountains, whereas the balsam poplar grows up north and where they meet, the two species will hybridize. Poplar wood is used to make furniture and paper.

The salve from the balsam poplar is called The Balm of Gilead. First nations used the balsam poplar to make medicines to rub on their chests to help with breathing, especially in the longhouses which would get quite smokey. Poplar bud tea was served to those in mourning to help cure grief, but it is a powerful medicine--too much tea would be deadly. The tinctures were used in New England to treat minor cuts, bruises and sprains. It has been used traditionally to treat sore throats, headaches, aching muscles and constipation. 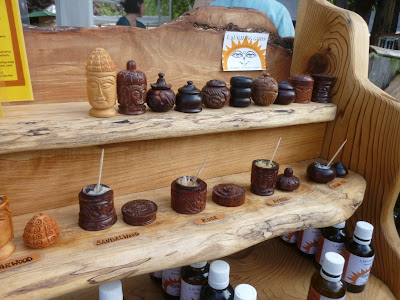 There is also a Balm of Gilead fir called (Abies balsamea Mill., fam. Pinaceae). In the Middle East there is an old world Balm of Gilead made from Commiphora gileadensis aka The Balm of Mecca. This would be the salve used as a metaphor in the Old Testament as the spiritual medicine for healing sinners. In the negro spiritual quoted above, the Balm of Gilead also refers to Jesus Christ, the one who "heals the sin sick soul". 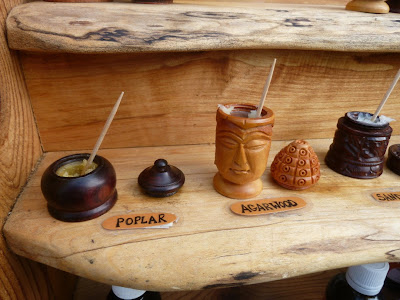 If you are interesting in making your own pain-relieving Balm of Gilead, Dr. Ryan Drum describes in detail how to harvest the sap from poplar buds and infuse in into oil or make tinctures. As with all powerful medicines, there is a hazard involved with poplar bud sap: a very small percentage of the population is highly allergic to it. Poplar bud sap, cause anaphylactic shocks and contact dermatitis in some people. As poplars are related to willows, they contain the active ingredient in aspirin, salicylic acid. Anyone with an allergy to aspirin would be advised to avoid using poplar balm or bee propolis products. 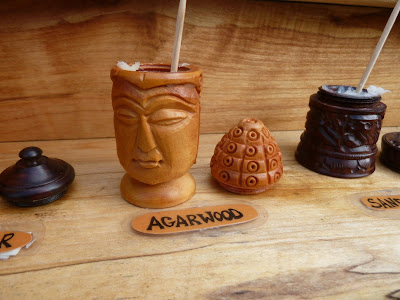 Poplars are part of a good bioplan for helping make honeybees and humans healthy.
Posted by Beespeaker at 10:29 AM