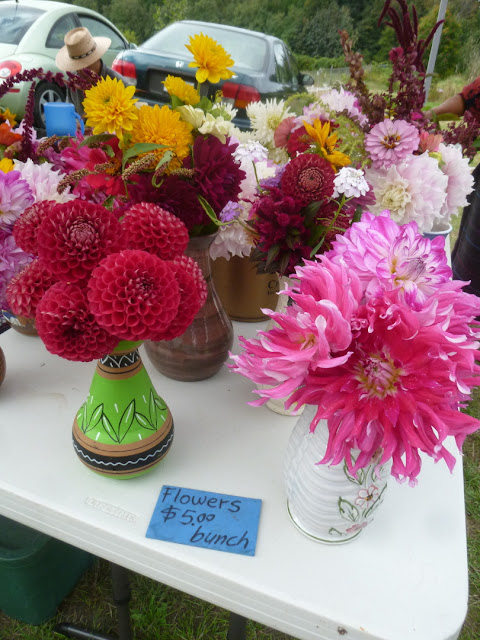 I am a big fan of the Mayan gardeners at UBC Farm. The bright costumes and colourful produce and flowers add colour and flair to the Saturday market. I decided to sign up for a Mayan cooking class they held this weekend at the farm. When I enter the farm center the table is laid out with beautiful purple and red cloths woven with traditional designs. I ask permission to take photographs and promise not to give away their secrets. "You couldn't give away our secrets because no one else has these condiments, one woman says," meaning ingredients. She's absolutely right. Over the next two hours we had the privilege of sampling some unique ingredients and condiments. 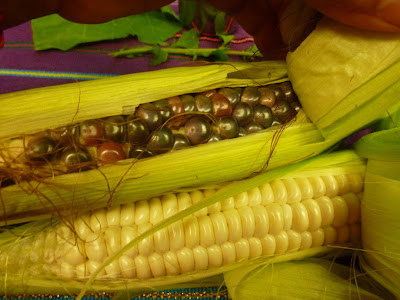 These crops were grown from seeds they carried with them when they fled Guatemala in the 1980's. During Guatemala's 36 year long civil war (1960-1996) 200,000 Mayans and Indigenous people were killed by the Guatemalan army in what was called their "scorched earth policy". In the early 1980's approximately 200,000 ethnic Mayans fled Guatelmala to go to Mexico, Honduras and other countries. In 1985 the Canadian government opened up a refugee program and a few families moved to British Columbia. The Mayans in Vancouver were homesick for their land, their corn and beans and their traditions and they started a garden on Barnston Island from 1986 to 1999. It was difficult for the families to travel to the island and in 2000 the Mayan support group found out about the UBC Farm Roots and Shoots program which helped them start the garden they have at the farm today.

One of the gardeners explained why the garden on UBC Farm is so precious to them. Life in the city is stressful and this garden helps them to unwind, keep in touch with the land and keep their culture alive. They can practise their culture growing the three sisters: bean, corn, and squash. "That's really who we are," he says, " We are the children of the corn." 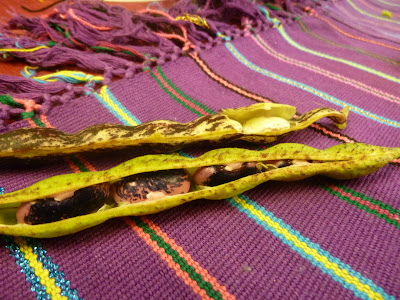 When I hear him say "We are the Children of the Corn"--a thrill goes up my spine. And not just because I'd watched a horror movie at a tender age with that title that made me fear people with black nail polish. Corn has been getting a bad wrap lately with Michael Pollen and Margaret Visser deconstructing the corn industry in North America. We need to be reminded that corn is a sacred food, in spite of what we've done to it.

Besides at least two varieties of corn, three varieties of squash, and three types of beans, the Mayans grow sunflowers, tomatilloes, amaranth, cilantro, and epazote. Beans, corn, herbs and squash are eaten in endless variations in their soups and tamales. Even pumpkin seeds are toasted and put inside the tamales. 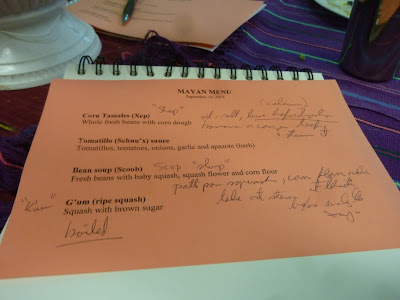 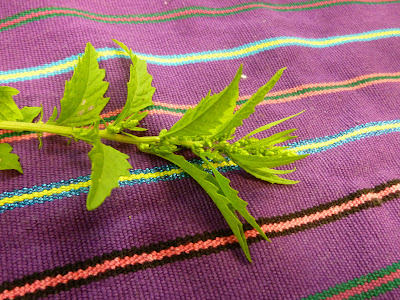 The decorative dahlias (don't eat them, they're toxic) are grown near their homes because one year the tractor came too close to the garden and destroyed them (oops!) and because they need to be watered more than once a week in the summer.  Dahlia fanatics will dig the tubers up and store them in winter, but these ladies shrug and say "They just keep growing." 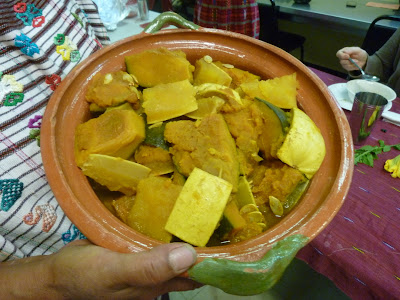 My favourite dish of the class was the dessert made from three kinds of squash and brown sugar, but I'm not going to tell you how to make it-- you'll have to come to one of their fabulous workshops--and make sure you arrive with an empty stomach! 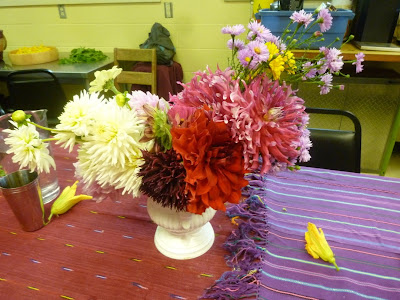 Posted by Beespeaker at 9:26 AM