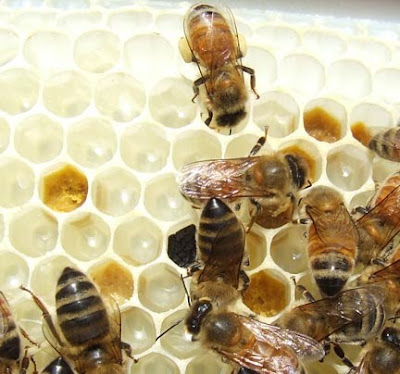 Here are some photos of our hive check from yesterday. We were a bit alarmed at the black cell on one frame but it has since occurred to me that the poppies are blooming, so it is likely a cell of papaver pollen. I was looking at a bottle of pollen that had black pellets in it and thought it may be the same thing. We've got plenty of honey, pollen, and workers just waiting for a queen to start laying some eggs. 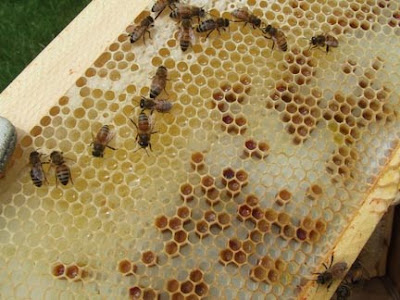 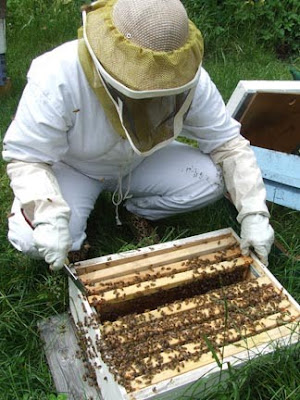 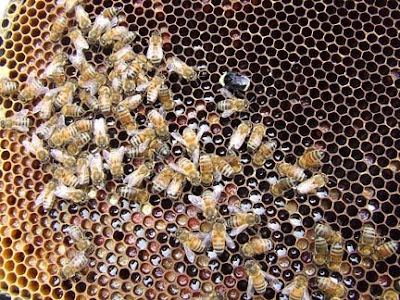 Here's a frame from the original hive with old wax in it. Notice the robbing bumble bee we discovered in the hive, just sucking away at the frame. The pollen in this frame has a reddish tinge--could be the wax that makes it look that way. Again, it looks like this frame is just waiting for brood. 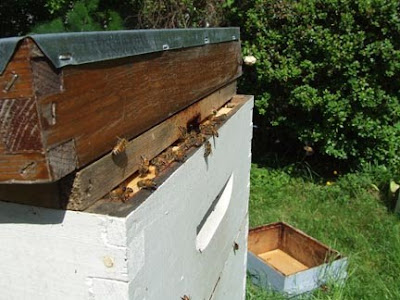 We put paper down between the two hives and I left the top open a bit. There were a few lost bees buzzing around and asking, "Dude, where's my hive?" When they tried to get in at the bottom, the guard bees were very defensive. This is why in the end I used smoke to try to mask some of that odor so they'd let the foreign bees in. They are still pretty defensive today I noticed, which in some ways is good--a strong defense means there is hope for our hive. The other hive was starting to let in robbers, so it was time to combine. 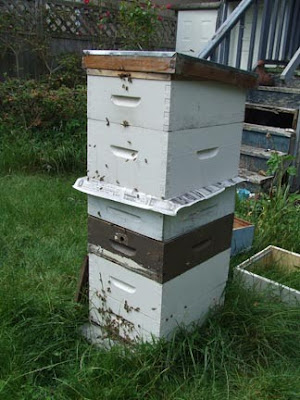 Here is our new formation. Not every level is chock full of pollen and honey, but we wanted to give them plenty of room for now. 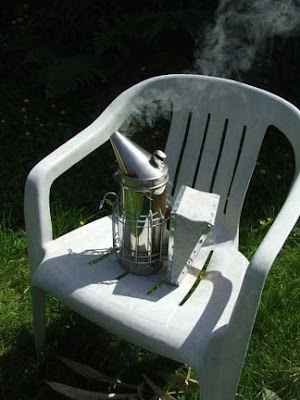 I don't find it so relaxing to watch the bees when they are upset, so I stuffed the smoker with green grass and let them settle down on their own. By the time it was dusk, everyone was back inside the hive making new friends, I hope.
Posted by Beespeaker at 7:04 PM