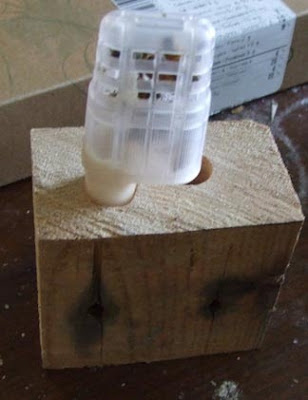 Our last queen didn't make it, so we can assume that she was not accepted by the hive and perhaps balled to death. When I was out at UBC Farm, Beekeeper B said to cork the queen up in the hive for a few days so the colony gets used to her. He said four days would be good. Peter drilled a hole in a block of wood that would fit between frames so we could leave her in there. We put her in Sunday and I took the block out on Wednesday, so they should be used to her by then. Hopefully she is accepted and hopefully she has performed her nuptial flight. This time we also have a marked queen to make it easier to see her. Long live the queen! 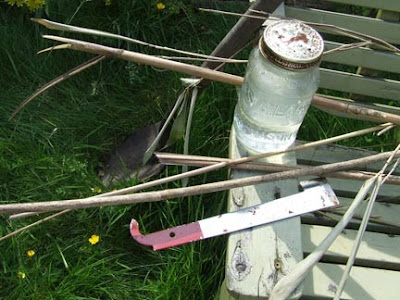 Posted by Beespeaker at 7:43 AM