The More Costumes, the Better!!!! 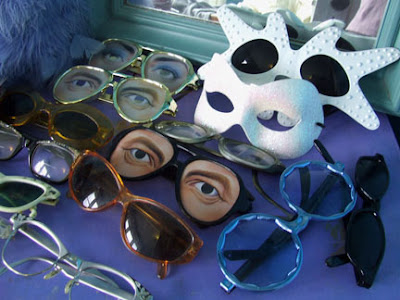 I used to buy a French magazine called Photo, and I remember an article with a picture of a New York performance artist in her studio. She was wearing a wild costume that was like Barbarella to the power of ten and she was in front of shelves of accessories and costumes. "That's what I want to be," I thought. It just made sense. Especially as my parents had invested in all those singing and figure skating lessons I took from age 7. 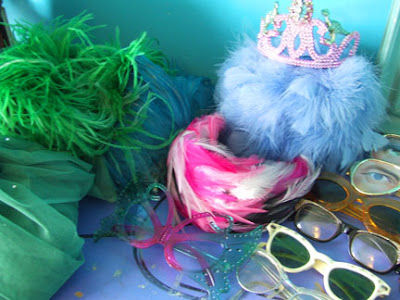 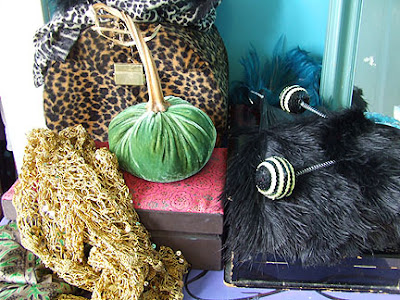 I have performed for over twenty years now, sometimes veering more towards theatre, sometimes more towards performance art. For my new piece I am going back to my roots. It's low budget, simple, and I am just doing whatever the hell I feel like, regardless of what the gatekeepers say. It's unmediated and genuine, (I hope). 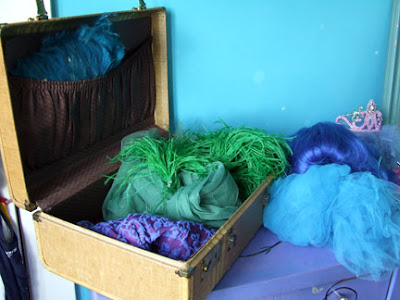 Some performance artists who are protective of the "purity" of their genre have tried to keep me off the playground. I've been too comedic, too dramatic, too verbal, too . . . whatever. I'm a woman and I perform. So get over it! To (re)paraphrase Simone de Beauvoir, "One is not born a woman, one performs as a woman."

It's been a few years since I went back to my performing roots and realize how much I miss it: the colors and textures of the fabric; he lightness and silliness of life lived in costumes; the smiles and giggles I receive along with the thought-provoking feedback. I love the glamour of glitter and sequins and gold gogo boots. My good friend Donna has taken to organizing feather boa brunches in Winnipeg. Here, here! More of that ilk, je pense.
Posted by Beespeaker at 5:22 PM